Here’s a case I’m very proud of.” That’s the statement I use to introduce this case in my lectures. The audience is silent as they look at the postoperative image (Figure 1). Some of the faces in the audience seem perplexed, as if to say, “How can he be proud of that?” I wait a bit and then begin to discuss this case.

BACKGROUND
Our office phone rang. It was a mother searching for a solution to her daughter’s dental problem. The mom prevailed on their orthodontist to give them the name of someone who might be able to help, even though they already had their family dentist. They looked for someone with lots of experience with aesthetics and who could solve a problem that looked unsolvable. That’s how they ended up in my office.
The word dilemma is defined as a situation in which a difficult choice has to be made between 2 or more alternatives, especially equally undesirable ones. This case represents a true aesthetic dilemma.

FIRST VISIT
When the teenager and her mother came to my office, we had an intake interview that, in my opinion, is necessary for any new non-emergency patient. The mother explained that her daughter was taking photos for her high school yearbook and was embarrassed to smile. The school photo shoot was a few weeks away, and Mom said, “Can you help us?”

After a problem-focused examination, photos were taken with a Canon Digital Dental Camera System (PhotoMed), and a radiograph of the problem area was also taken (Figure 2). I said I could help and would need to make models of her daughter’s mouth. I had to study the possibilities and plan what we might be able to do. Impressions were taken using a VPS alginate substitute, StatusBlue (DMG America), and study models were poured using Modern Materials Lab Plaster (Kulzer).

PERTINENT HISTORY
The teenager lost tooth No. 9 in an accident years earlier. She developed severe kidney problems and lost the function of one kidney. High school graduation photos for the yearbook were to be taken in a few weeks, and the patient was very embarrassed by her front teeth.

The orthodontist presented an implant option. The girl’s parents would not do it. They feared that if an infection developed from the implant surgery, their child’s functioning kidney could be compromised with a potential loss of function and a lifetime of challenges.

An alternative orthodontic treatment plan was decided on where the lateral incisor, No. 10, would be moved into the lost left central space, No. 9. The result of that is seen in Figures 3 and 4. I never heard of doing this and was interested in where the idea came from. In 2003, The American Journal of Orthodontics and Dentofacial Orthopedics published a study that was done in Norway. The study involved only 20 patients, yet to my surprise, the conclusion of the study said “orthodontic mesialization of the lateral incisor to replace a missing central incisor is a valid treatment modality, if the indications for such treatment are present and careful attention to detail in orthodontic and restorative treatment is exercised.”1 The authors also reported that “most patients expressed satisfaction…even though the crown morphology of the recontoured lateral incisor failed to ideally match.”1

In my opinion, a better choice would have been to leave the lateral incisor in place and create a resin-bonded bridge from Nos. 8 to 11 after increasing the width of the right central, No. 8. As many clinicians have learned, when we don’t have input in the planning phase of a case, to quote a Rolling Stones song, “You can’t always get what you want.”

TREATMENT PLANNING
Based on the patient’s age and our time frame, a composite veneer and diastema closure seemed appropriate. After studying the diagnostic model, it was clear I would have to add to the mesial of No. 8 in addition to treating No. 9 (Figure 5). Based on the radiograph, I also knew I would not be able to place the gingival height of the composite veneer on No. 9 where it should be2 (Figure 6), and other basic smile design concepts would be violated. The length-to-width ratios of both central incisors would be less than ideal (Figure 7), and the highest point on the gingiva (gingival zenith) would be less than ideal unless minor reshaping of the tissue was performed.

A few other issues had to be dealt with. Should I include white spots in the composite veneer on No. 9, or were modifications planned on other anterior teeth to eliminate the white spots in the near future? In order to make the composite veneer as lifelike as possible, I thought some white characterizations should be included. Could I selectively raise the gingival level on tooth No. 9, and if so, by how much? I explained to the patient and her mother all of these issues and that compromises would have to be made. They decided to include white characterizations since no other aesthetic changes were planned. This would allow the restoration to look more like the rest of her anterior teeth. They also agreed to let me selectively raise the gingiva slightly on No. 9. We were ready to go.

CHAIRSIDE TREATMENT
A quick mockup on No. 9 was done to determine what blend of composite and white characterizations would be used (Figure 8). When we were happy with the mockup, it was removed using a scaler (Premier Dental) (Figure 9). In my experience, before removing a mockup, it is critical to tell the patient that he or she will hear a “cracking sound” and that it is not his or her tooth; it is instead the composite being removed. Further, I explain to a patient that he or she might even see something fly out of his or her mouth because the composite mockup will often do just that.

A very slight gingivectomy was performed using a Bident bipolar electrosurgery unit (Synergetics USA) (Figure 10). The Bident unit is unlike conventional electrosurgery devices as there is no burning, excessive bleeding, or unpleasant odor, and the tissue heals very well. As with a laser, which I did not have at the time, tissue levels do not recede, allowing for a very predictable result. A small piece of Ultrapak cord (Ultradent Products) in Hemodent (Premier Dental) was placed to ensure there was no bleeding (Figure 11).

Contouring and finishing was accomplished with fine and very fine #368-01 football and #858-013 needle-shaped diamonds (SS White Dental). Today, SS White has Safe-End tapered finishing diamonds and carbides, which have a rounded tip to minimize gingival trauma. A final polish was obtained with the unique Jazz Supreme (SS White Dental) that was used with water spray.

While the result is less than ideal, I believe it is the best result we could get under the circumstances. As the Rolling Stones song continues, “But if you try sometimes, well, you might find/You get what you need.”

CONCLUSION
In closing, I have a few thoughts I’d like to leave you with. First, when you take over a case and don’t know the situation when another clinician provided treatment, don’t jump to judgment on the work you’re observing. If something appears strange or wrong to you, contact the previous clinician to determine why the clinician did what he or she did. Next, be sure that the patient and other necessary family members who need to know are informed of and understand the situation and potential compromises that may have to be made. Finally, keep in mind what the patient’s goals are.

In this case, the goal was to help this young girl have the ability to smile for the school photos she had to take in a few weeks. We accomplished that, and a phone call from her mother saying “she smiled for her pictures” was genuinely gratifying. My only regret is that I didn’t get to follow this patient and see how what we accomplished held up over time.

Dr. Fier is a practicing clinician and a clinical associate professor at the Touro College of Dental Medicine. He is the executive vice president of the American Society for Dental Aesthetics. As a highly respected lecturer, he teaches continuing education courses to doctors throughout the United States and internationally at dental schools, major conventions, and study clubs. Dr. Fier is a Diplomate of the American Board of Aesthetic Dentistry and publishes regularly in the areas of aesthetics, restorative dentistry, and case presentation. He also serves as a member of the Scientific Advisory Board of Dentistry Today and is a member of the Editorial Board for REALITY Ratings & Reviews. For the past 14 years, he has been listed in Dentistry Today’s Leaders in Continuing Education. He can be reached at (845) 354-4300 or via email at docmarv@optonline.net or marvin.fier@touro.edu.

You Can’t Always Get What You Want 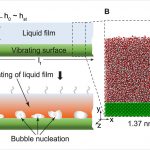 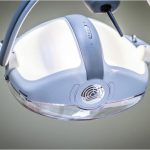