INTRODUCTION
Around 1896, Dr. G.V. Black published a standardized set of cavity preparations for amalgam. Gold preparations of the day were a slight deviation from those amalgam preparations: They featured lightly beveled margins and divergent walls for paths of insertion for indirect and solid restorations that needed to be inserted and cemented. Starting in about 1950, Dr. Richard Tucker was mentored by Dr. George Ellesperman and, later, Dr. Gerald Stibbs. During this period, Dr. Tucker continued to perfect his preparations and his gold casting technique. Recognizing that the finest margin was that of a gold foil, he strived to achieve that in his casting and finishing techniques,1 transforming the gold restoration outcomes beyond those of his mentors. In Figures 1 to 3, we see the work of Dr. Tim Hess, a Tucker Gold Study Club member and director of the Tucker Institute Seattle.2,3 His prep has a Calla Lily-style flare on the occlusal and a radius wall on the interproximal. The postoperative size of the external surface area of the gold restoration is easily double that of the amalgam restoration that was replaced. In the interproximal, the walls are flared beyond the confines of the contact area. Dr. Tucker changed the preparations in a dramatic way to maximize the benefits of gold.

When I recently interviewed Dr. Richard Tucker’s son, Dr. Dick Tucker, he explained the reasons behind his father’s fairly dramatic flaring of the walls in the Tucker Class II restoration. The first reason was to move the tooth-restoration interface (TRI) toward the line angles so the gold could be swaged to “close” the margins to make it act more like gold foil. The second was to move the TRI into a place where it was more self-cleansing. Very few clinicians, in the past and likely in the future, have questioned his wisdom or the sacrifice of the minimal healthy tooth structure required to accomplish these goals.

Benefits of the Cavity Design Attributed to Dr. Tucker
A review of the outcome studies on teeth restored with gold finds that survival rates are wildly inconsistent. Of 2 contrasting studies, one showed a 50% failure rate at 7 years,4 and another showed a 95% survival rate at 1 to 52 years.5 Obviously, like many other materials used in dentistry, the material itself is only part of a much bigger and more complex picture.6

In this article, the author proposes that the cavity shapes of the Tucker gold restoration are of profound importance. Whether by design or accident, Dr. Tucker created 3 important benefits that went far beyond his intentions to compensate for the limitations of path of insertion of a gold casting.

1. The aggressive cavosurface occlusal flared walls “turn” the preparation so that the primary strike point of the opposing tooth is close to 90° angle to the TRI instead of parallel to the TRI. This protects the margins from opening up during finishing and after decades of occlusion.

3. Tucker’s radius walls (flaring) in the interproximal increased the enamel-gold interface, protecting the more vulnerable dentin-gold interface inside and distancing the outside robust seal of enamel from the less robust dentin seal. This is especially critical when selective caries removal (Modified Hall Technique) is practiced. One of today’s sad realities is that many endodontists scoff at restorative dentistry’s movement toward selective caries removal because they do not believe that today’s general practitioners can achieve a long-term restorative seal with composite, especially in the interproximal. The skeptical endodontist says, and I quote, “These composite restorations are all going to leak, so let’s just do the endodontics now.”

Similarities of the Tucker Gold Prep and Clark Class II Cavity Prep Designs
In Figure 4, we see a lineup of extracted teeth with interproximal caries progression that is different than caries progression in the G.V. Black era. This is attributed to the widespread use of fluoride-containing dentifrices and readily available fermentable carbohydrates in today’s diets. There is no good place to put a traditional margin within the traditional confines of the contact area. The same gentle extensions that benefit the Tucker gold prep benefit the Clark Class II for composite resin as well.

In Figures 5 to 23, we see the Clark Class II cavity preparation has a very similar look to the flaring of the Tucker gold Class II restoration. Because of the author’s exposure to Dr. Tucker as a University of Washington alumnus, it is likely that, when he redesigned the Class II for composite, the design that he came up with did not seem as foreign to him as it can appear to many G.V. Black or strict slot prep aficionados. After introspection, the author feels credit should be given to the late Dr. Tucker for his inspiration in designing the optimization of shaping present in the Clark Class II posterior composite cavity preparation design.

Findings of a Retrospective Outcome Study and Finite Element Analysis
Can we ever hope to achieve the outcomes of a Tucker or Hess gold inlay with composite? The more important question is, are we willing to at least try? In the author’s practice, a retrospective outcome study of Clark Class II composite restorations restored with the Bioclear method between 2007 and 2013 is being done. Thus far, of the 300-plus teeth recalled, an 87% survival rate of these non-retentive, infinity edge, compression-based restorations that are between 5 to 12 years of service is being observed. Just as important, the Finite Element Analysis studies done at the Minnesota Dental Research Center for Biomaterials and Biomechanics is confirming what we are clinically seeing: that teeth can actually be splinted (to avoid fracturing or to splint a cracked tooth) with compression-based composite resin restorations.

IN CONCLUSION
Survival of the tooth and its restoration should be the ultimate goals. When a tooth with a standard composite prep breaks in half some years later, that is a failure of the procedure.

The author offers gold restorations to patients, and, occasionally, they say yes. That’s a win. A close second should hopefully be an injection-molded Clark Class I or Clark Class II composite that can last for decades and protect the tooth from fracturing.

Dr. Clark maintains a private practice in Tacoma, Wash, and is the founder of the Academy of Microscope Enhanced Dentistry. He is also a course director at the Newport Coast Oral Facial Institute in Newport Beach, Calif, and director of the Bioclear Learning Center in Tacoma. Dr. Clark’s main areas of interest include the redesigning of restorative preparations and endodontic access preparations. He can be reached at the website bioclearmatrix.com. 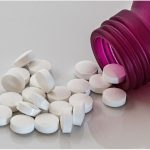 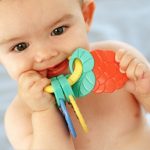