INTRODUCTION
The Evolution of Class II Composite Restorations
When we first started placing posterior composites in the 1970s, we thought of composite as a white amalgam substitute. We used Tofflemire matrices, tried to pack the composite with pluggers, and desperately burnished the contacts to make things “less bad.” Then came packable composites, which is actually an oxymoron, because you cannot condense a liquid or a gel. In addition, packing the composite did not make the matrix swell like it does for amalgam but it did introduce lots of bubbles and voids. Furthermore, the contacts were wildly unpredictable. Then came along sectional matrices and crude separators. The contacts got a little better, but then we saw more overhangs at the line angles because there was no longer a wrap of the tooth, and the wedge was the only thing stopping an overhang. This occurs because the tooth is round, and a triangular wedge creates a point contact when viewed from the occlusal (Figure 1). As separators got better, the contacts got tighter. However, they were still lumpy and sharp, in the wrong location occluso-gingivally and, in addition, nearly always inferior to gold or porcelain or amalgam embrasure. The line angle overhangs continued. Compounding the problems was the fact that the prep never really changed. We still cut boxes and slots with sharp margins covered with biofilm. Oh yes, lest we forget, the margins would often turn brown with time, and we have not reduced the epidemic of cracked teeth as posterior composites have the same rate of cuspal fracture as teeth restored with amalgam.1 Many dental schools have been very slow to advocate and teach posterior composite restorations for the reasons above and also due to the poor outcomes reported in many studies. Therefore, many graduating dentists have had very few posterior composite skills. There is more carnage and chaos, but you get the point.

Let’s Start Over From Scratch
Change is uncomfortable for most of us. For example, I have used a microscope (Global Surgical Microscopes) for all of my detail dentistry for the past 20 years and have chuckled for a long time as endodontists refused to buy a microscope or to use the one that was purchased. If I have learned one thing, it is that many, if not most adults, would rather die than change. When I say change, I do not mean changing adhesives, curing lights, or hair color. I mean changing the way we think about the real goals of our treatments. This is the first of 3 articles in which I will explore the significant reinvention of the Class II restoration. As the faculty of the Bioclear Learning Center, in Tacoma, Wash, we have created a full curriculum for composite dentistry that is being implemented at several dental schools (Figure 2). Those changes in the schools will in turn dictate changes in the licensing board examinations.

In this article, we will explore the first of 7 Deadly Sins (Table).

Tired or Weak Separators
Having serious separation pressure from a modern separator and modern wedges is crucial to avoiding Sin No. 3, burnishing. Some of today’s separators start with fairly good force but lose nearly half of that strength right away. In Figure 3, we see the separator on the left has lost nearly half of its power because it stretches out after heavy use. In contrast, the Bioclear Twin Ring separator pictured has lost very little strength. In designing the spring shape, our engineers discovered that they could avoid reaching the plastic stage of NiTi with an ideally shaped, double-spring design. The entire system (Biofit HD matrix [Bioclear]) is shown in Figure 4.

CASE 1
The Trouble with Burnishing
Burnishing is a technique that most of us have used for decades, but today is an act of desperation that can be avoided. Figures 5 to 7 demonstrate the net result of burnishing a metal matrix. At high magnification, it is not very pretty. It’s funny; a few years ago I was satisfied with just getting a contact, any sort of contact with a Class II composite, that wasn’t open. The burnished matrix derived contacts of the first bicuspid are demonstrated in the Figure 8. The patient, who is a dentist, was in my chair on Thursday and then the next 2 days attended a Bioclear Learning Center course. She was disappointed that the composite was inferior to her older amalgam restorations and was even more disappointed that the tooth also subsequently developed a painful incomplete fracture of the buccal cusp (Figures 8 and 9).

METAL MATRICES ARE EASY TO USE, BUT ONLY HAVE SO MUCH SHAPE
The new Biofit HD matrices (Bioclear) (Figure 10) are as strong as thick stainless steel matrices, are much smoother than metal for a smoother composite surface, and are more easily removed than a metal matrix because the smoothness allows easy release from the composite. They are stiffer and stronger than Bioclear original posterior matrices. The advantage of a clear posterior matrix for better depth of cure is significant, especially when a modern infinity edge prep is created. You cannot cure around the corner with a metal matrix; you can only cure from the occlusal.

CASE 2
A Contrast Between Old and New
The patient in the clinical case shown in Figures 11 to 15 had a previous composite restoration placed by his former dentist on the mesial of the second bicuspid. He had new and fairly deep caries on the distal. We opted to not replace the mesial restoration because it did not have frank recurrent decay and the contact was reasonable by older standards of practice. Postoperative views contrast the impressive result of a modern prep, modern injection molding, and a matrix, wedge, and separator that works in a powerful and elegant combination. The Twin Ring will not stretch out like many traditional separators, and it also has ultimate anti-slip off grip. In addition, the “hands” have added complex engineering to flex and adapt to multiple shapes of teeth (patent and patents pending).

CLOSING COMMENTS
It is wonderful news that some of the most progressive dental schools have decided to modernize their approach to the Class II composite restorations. To this end, we have been invited to work with the faculties in a number of schools to design a new curriculum for composite restorative dentistry.

Watch the video for this article: dentistrytoday.com/clark2017.

Dr. Clark maintains a private practice in Tacoma, Wash, and is the founder of the Academy of Microscope Enhanced Dentistry. He is also a course director at the Newport Coast Oral Facial Institute and the director of the Bioclear Learning Center in Tacoma. He is on the editorial board for several journals and has lectured internationally. He served for 18 months as the lecturer for CRA and served on CRA’s board of directors for several years. His main areas of interest include the redesigning of restorative and endodontic access preparations. He can be reached via email at drclark@microscopedentistry.com.

“The Mother of All Black Triangles” Case 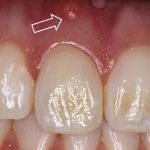 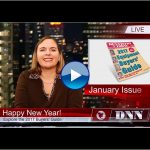