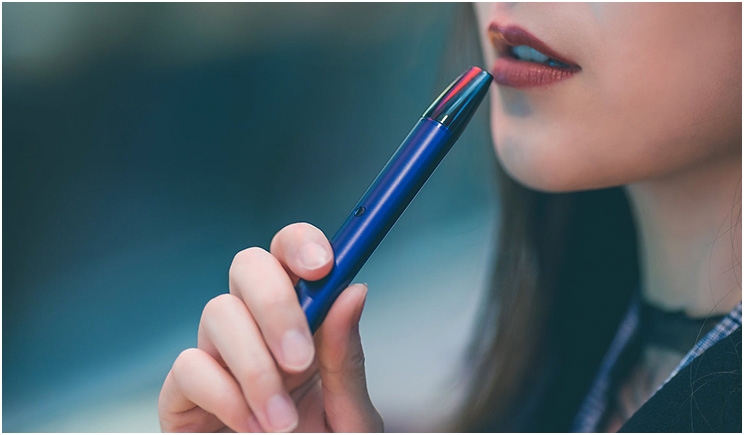 Lately, news reports about electronic cigarettes and vaping are appearing on an almost daily basis. What do we know about e-cigarettes, and should we be concerned?

Also known as electronic nicotine delivery systems (ENDS), vape pens, and vapes, e-cigarettes comprise a cartridge with vape liquid, a heater that vaporizes the liquid, a sensor that detects when the user takes a drag, a microprocessor that controls the heater, and a battery. Some have an LED light at one end that simulates the lighted end of a cigarette, while others have appealing designs or resemble a USB stick.

Manufacturers have claimed that e-cigarettes are healthier and cleaner than cigarettes. They also say that e-cigarettes don’t emit environment smoke (or secondhand smoke) and that they are useful as a smoking cessation aids. Young users also have cited their own curiosity and attractive flavors in e-cigarettes’ appeal.

E-cigarettes typically include nicotine, glycerin, propylene glycol, and flavoring. They also may include tetrahydrocannabinol (THC) or cannabinoid oils.

Nicotine is highly addictive, and the amount in e-cigarettes varies from none (in some nicotine-free variants) to a standard dose of 8 to 24 mg/ml. However, they can include even higher amounts that may increase a vaper’s nicotine blood level beyond what a traditional smoker experiences.

Other ingredients are not without risks. Propylene glycol and glycerin in vaping liquids, respectively, can cause eye and respiratory tract irritation and throat and upper respiratory tract irritation. Silicate particulate matter and traces of cadmium, nickel, chromium, and lead have been found in e-cigarette aerosol. The results of a recent in vitro study suggest that menthol, burnt flavor, vanilla, cinnamaldehyde, and clove flavors may harm endothelial cells lining the heart and blood vessels.

The popularity of e-cigarettes has exploded, particularly among youth and young adults. In 2018, an estimated 21% of high schoolers were vaping, up from 1.5% in 2011. Fruit-flavored and dessert-flavored e-cigarettes are attractive, as are other flavors such as bubble gum, cotton candy, cola, and butter.

The use of e-cigarettes may also encourage cigarette smoking by youth who have never smoked. In the United States, the Juul brand dominates the youth market. Juuls are sold in a USB-shaped design, which makes it difficult to recognize them as e-cigarettes. The company has fielded questions from Congress about its products and marketing practices.

Recent events are disturbing. Vaping-related lung injuries have hit headlines recently, with more than 1,000 cases and 18 deaths reported in the United States as of October 4, 2019. It has been hypothesized that these injuries are associated with THC contaminants, cannabinoid oils, and vitamin E acetate used as a thickener in bootleg e-cigarettes. Additionally, the cartridges of e-cigarettes can be tampered with and opened, and users can add other ingredients.

The Food and Drug Administration is analyzing samples of these e-cigarettes for the presence of a broad range of chemicals, including nicotine, THC, and other cannabinoids along with cutting agents, diluents and other additives, pesticides, opioids, poisons, heavy metals, and toxins. Currently, the exact cause of the spate of vaping injuries and illnesses is not known.

Much remains to be learned about e-cigarettes. We do know that vaping rates have soared, that vapes contain harmful chemicals, and that their potential long-term effects on oral and systemic health are not known. Bans on flavorings are being pursued, with Michigan the first state to have banned flavorings attractive to youth.

Furthermore, “no single product or substance has been linked to all lung injury cases and more information is needed to know whether a single product, substance, brand, or method of use is responsible for the outbreak,” the Centers for Disease Control and Prevention (CDC) have reported.

The CDC is advising people to avoid using all vaping products, particularly those including THC. In the meantime, dental professionals can advise patients about standard tobacco cessation methods, the known risks of e-cigarettes, and the lack of knowledge about their long-term effects.

Dr. Collins is a national and international speaker and author. She is a member of the ADA and is the ADA representative to the Association for the Advancement of Medical Instrumentation. She is also a member of the American Association for Dental Research, ADA Standards Committee working groups, and the Organization for Safety, Asepsis and Prevention (OSAP) and is a Fellow of the Pierre Fauchard Academy. She graduated as a general dentist from the University of Glasgow in Scotland and holds an MBA and an MA from Boston University.She is the CE Editor for Dental Learning as well. She can be reached at fionacollins@comcast.net.

Dentists Encouraged to Address the Long-Term Risks of Vaping 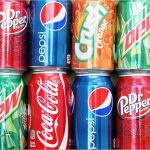 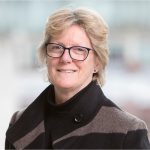