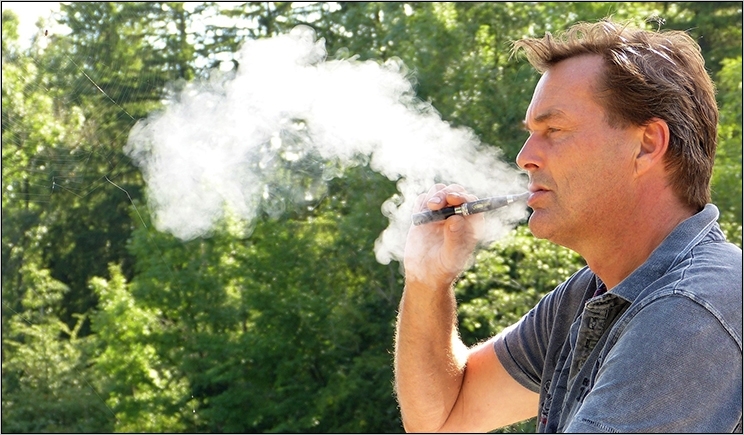 Electronic cigarettes and vaping have become hot and controversial topics. Every week it seems, the national media reports on some new study or adverse health effect. With stories of explosions, toxicity, and serious lung damage among the daily news, it is difficult to know what to believe, especially as we see epidemic levels of usage among our youth.

Little did we know how much e-cigarettes would appeal to the younger generations. Teen use has skyrocketed to epidemic proportions in the past few years, from 11.7% to 20.8% among high schoolers from 2017 to 2018, according to the Food and Drug Administration (FDA). Also in 2018, 3.62 million teens reported using vaping products, compared to 10.8 million adults—and more than 50% of those adults are under the age of 35. Today, one in five high school students and one in 20 middle school students report current and consistent use, not just trying e-cigarettes once or twice.

There is a misconception that e-cigarettes are safe, but that couldn’t be further from the truth. Many teens who never would have picked up a cigarette due to the stigma associated with smoking are turning to e-cigarettes due to their popularity and social acceptance.

Are e-cigarettes bad for you? The short answer is mostly yes, though they likely are better than combustible cigarettes and produce fewer toxic ingredients. The ingredients in the fluids that e-cigarettes vaporize vary and are widely unregulated and reported, though the FDA is making strides in transparency and in regulating their ingredients.

“Vape juice” often includes acrolein, which can be associated with lung damage, asthma, breathing difficulty, and possibly cancer. Other ingredients may include benzene and heavy metals such as tin, nickel, and lead. Many of the sensational news stories reporting on lung damage may arise from diacetyl, propylene glycol, and vegetable glycerin, all of which are approved for human consumption when ingested but are proving to be harmful when it comes to inhaling their vapors.

Studies have showcased how the heated vapors of e-cigarettes damage cells and inhibit their growth. Diacetyl may be linked to “popcorn lung,” or damaged alveoli in the lungs’ air sacs. Vape juice can have varying levels of nicotine, ranging from none to up to 36 mg, which is equivalent to about three packs of combustible cigarettes a day. Some vape juices have been found to contain formaldehyde.

Cigarette smoke is likely worse for your health than e-cigarette vapor. But the big unknown is the long-term effect of e-cigarette vapor. Cigarettes have more than 7,000 ingredients, while vape juice only has about 60. On average, 1,300 people die each day as a result of firsthand or secondhand smoke. But we still don’t know about the long-term effects of firsthand or secondhand e-cigarette use, nor do we know anything about the risk to unborn children when pregnant women use e-cigarettes.

Big Tobacco has become Big Vape. The most popular vaping products are owned by companies such as RJ Reynolds or Altria, which owns Marlboro as well as a 35% stake in JUUL. The most popular e-cigarette, the JUUL, is a small, concealable device often used by teens. It is about the size and shape of a USB drive. Teachers often battle with their students over the use of these devices in school. Some students are even brazen enough to try using them in classrooms.

All JUUL liquids contain nicotine, and the company holds nearly 70% of the vape market, which is an $11.8 billion industry. Toddlers and young children have been poisoned by vape juice. Less than a teaspoon of liquid nicotine can be fatal to young children. Symptoms of nicotine poisoning can include vomiting, sweating, dizziness, lethargy, and seizures. Toxicity is not limited to toddlers, as excessive nicotine ingestion can affect people of any age. News reports of teens hospitalized with severe adverse health effects after nicotine poisoning or after placing alternative substances in their e-cigarettes are occurring more and more.

The oral effects of vaping can include stomatitis, xerostomia, burns, inflammation, increased periodontal risks, altered taste, halitosis, painful tongue, and an increased caries risk. Aerosols from vaping increase microbial adhesions four times versus non-vaping patients with a twofold increase in biofilm formation, according to one study. People who vape also see a 27% decrease in enamel hardness as well as damage similar to that caused by high-sucrose gelatinous candies and acidic drinks. Other studies report a link between periodontal disease risk and vaping in addition to an increased caries risk, likely associated with the flavoring and additives that sweeten the juice.

Addiction to the nicotine and the hand to mouth habit become hard to break. The FDA does not approve the use of vaping devices for smoking cessation. Instead, the FDA approves the use of nicotine patches, gums, lozenges, nicotine nasal spray, and cessation medications to help kick the habit. The federal government and state governments alike provide support for nicotine cessation. You can refer your patients to resources such as (800) QUIT-NOW or smokefree.gov to find healthier alternatives.

Patients and society will need to be educated in the future, as time may prove that e-cigarettes have detrimental long-term effects, as many of us suspect. Starting the conversation can be difficult with our patients and loved ones, and it is a conversation that should happen more often. Vaping may prove to be a viable alternative for smoking cessation, though its popularity has created a new generation of addiction.

Ms. Collins is a clinical practicing hygienist in Idaho and Washington. She has been in the dental field for 20 years, both as an assistant and hygienist. With a passion for patient care, especially for those with greater risk factors, she enjoys sharing the tips and tricks of dental profession through speaking and writing for multiple publications. In addition to clinical practice, she is also a speaker and educator who has contributed to multiple textbooks, curriculum development, and key opinions. She can be contacted at jamiecollins.rdh@gmail.com or at mydentaleducator.com. 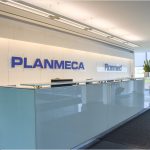 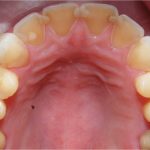