Dentists Encouraged to Address the Long-Term Risks of Vaping 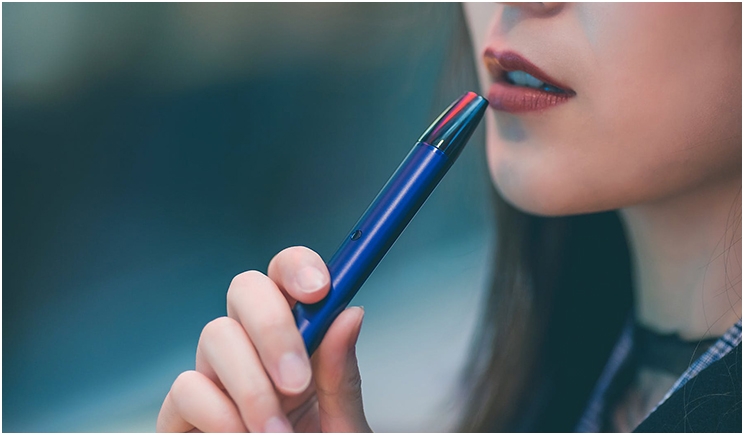 The Centers for Disease Control and Prevention have totaled 805 possible cases of lung illnesses related to vaping, with 12 resulting in death, prompting the agency to recommend refraining from using e-cigarette and vaping products. Michigan has banned the sale of flavored vaping products. The state of New York and Washington, DC, are considering similar regulations. President Trump has suggested a federal ban on flavored vaping products as well.

Awareness of the effects of e-cigarettes and vaping on systemic and oral health among the dental community is growing along with public perception. The greatest challenge in education, however, is that the technology is both new and evolving. Many clinicians now wonder what they need to know about a habit that has been emerging among many of their patients and how best to communicate its risks.

Peter Polverini, DDS, DMSc, the Johnathan Taft Distinguished University Professor of Dentistry and Dean Emeritus of the University of Michigan School of Dentistry, notes that there are more than 460 brands of e-cigarettes available throughout the world. Initially designed as an alternative to combustible cigarettes, these battery-powered devices convert liquid nicotine into an aerosol or vapor, and there is no regulation at all.

“The problem is that the amount of nicotine in the liquid could actually be even greater than that found in cigarettes,” Polverini said. This higher nicotine content, he suggests, makes e-cigarettes very addictive and a potential gateway to smoking combustible tobacco products for the rising number of teenagers and young adults using them. In fact, e-cigarette usage is growing among this population faster than the usage of other substances.

“I think that kids know the dangers of the carcinogens in tobacco products. Their assumption is that they have these flavored substances that they can inhale, and it’s not going to be quite as damaging to them as tobacco products. It’s the advertising targeting teens and youth. It’s the flavored juices that they’re inhaling as the vapor that students essentially are now using in much greater degree than they have in the past,” Polverini said.

In 2017, Polverini said, 3.6 million middle school and high school students used tobacco-like products within the previous 30 days. In 2018, that number increased to 5 million. Also, one in 11 students in eighth grade have occasionally used a nicotine device, with percentages increasing to one in five tenth graders and one in four twelfth graders as students get older, reports the University of Michigan. Once addicted, users face potential illnesses.

“The problem is many of the fine particles present in the vapor contain toxic chemicals that have been linked to cancer and respiratory and heart disease. And the e-liquids, the juices present in e-cigarettes, produce a lot of reactive molecules. These are toxins, alcohols and formaldehyde, that have been known to cause toxicity in the lung,” Polverini said. “There’s a lot of different things that individuals who are using them are actually inhaling.”

While vaping is considered a probable cause of lung injury, Polverini said, the mechanism leading to injury is still unclear. But he does note that the vegetable glycerin in e-cigarette juices includes many different flammable chemicals that can incur measurable oxygenated and inflammatory responses in the lung and tissues that can lead to unrealized health consequences.

“Some of the products that are thought to be nontoxic could yet have effects in the lung that we don’t yet know or understand. Flavored e-cigarettes likely induce respiratory effects not usually observed in cigarette smoke,” Polverini said. “There is no direct causal relationship yet, but there is epidemiologic evidence suggesting that this clustering of illnesses is related to the use of e-cigarettes.”

Additionally, e-cigarettes appear to have a negative effect on oral health.

“You’re beginning to see they contribute to the pathogenesis of periodontal disease where they can actually accelerate and worsen periodontal disease in patients mainly because the products produced in the aerosols produce inflammatory mediators. They also contain substances that are able to cause DNA damage and can actually alter the healing process, which is important in certain tissues in the oral cavity,” Polverini said.

“Stem cells, which are present in the ligament of the periodontal tissue, are also altered. Substances like aldehydes in the e-cigarette aerosols lead to changes in protein composition and to damaged DNA and premature cellular aging within the tissue. There’s nothing new here. Nicotine products that are currently there can cause this kind of damage to the periodontal tissues,” said Polverini.

Tobacco use is a leading risk factor behind oral cancer, but Polverini says that there is no evidence yet that e-cigarettes cause oral cancer. Still, he cautioned, e-cigarettes and vaping have not been around very long, so their potential carcinogenic effects have yet to be determined.

“Most of the evidence at this point is inflammatory-related diseases. But the mere fact that there can be DNA damage suggests that there may be a possible risk,” he said. “But once again, we don’t know what the long-term consequences are. Even from the standpoint of using combustible tobacco products. Many individuals who use these products won’t develop cancer until many years later. We have no idea what e-cigarettes are going to do down the road.”

With so much uncertainty related to their oral and systemic health risks, Polverini believes that dental professionals should discourage their patients from vaping and using e-cigarettes whatsoever. Also, dentists should make vaping part of their discussion with their patients and include questions about e-cigarette habits on their medical history forms.

“Like any other health survey that patients are expected to fill out, an additional question may be, ‘Do you use e-cigarettes? And what substances do you use with e-cigarettes?’ I think that’s a question that we’re probably going to have to ask, particularly if you’re beginning to see changes in the oral cavity such as periodontal tissue you can’t attribute to an excess of dental plaque,” he said. “I think it’s a question that needs to be asked.”

And with the rise of vaping among adolescents and teenagers, they need to be part of that conversation too, Polverini said, adding that he knows young patients who have been using these devices.

“We told them outright that you might be dealing with a serious problem long-term, or even an acute problem, and to stay away from that stuff until we understand it more. They’re putting things in their lungs that we know in other circumstances are very harmful,” Polverini said, though he believes that understanding will happen soon.

“This is a condition that’s going to be followed. More studies are going to be done. The importance really is to establish a causal relationship. The risk factors are there,” he said. “But now we need to know if there is a cause and effect relationship here. I think long-term, that may prove to be the case. But right now, the evidence is strong that there is a problem and that we need to deal with it by abstaining from using these devices.” 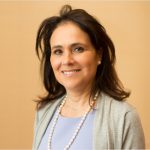 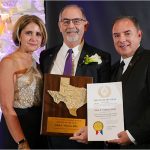 Next post Valenza Named Texas Dentist of the Year
0 Shares