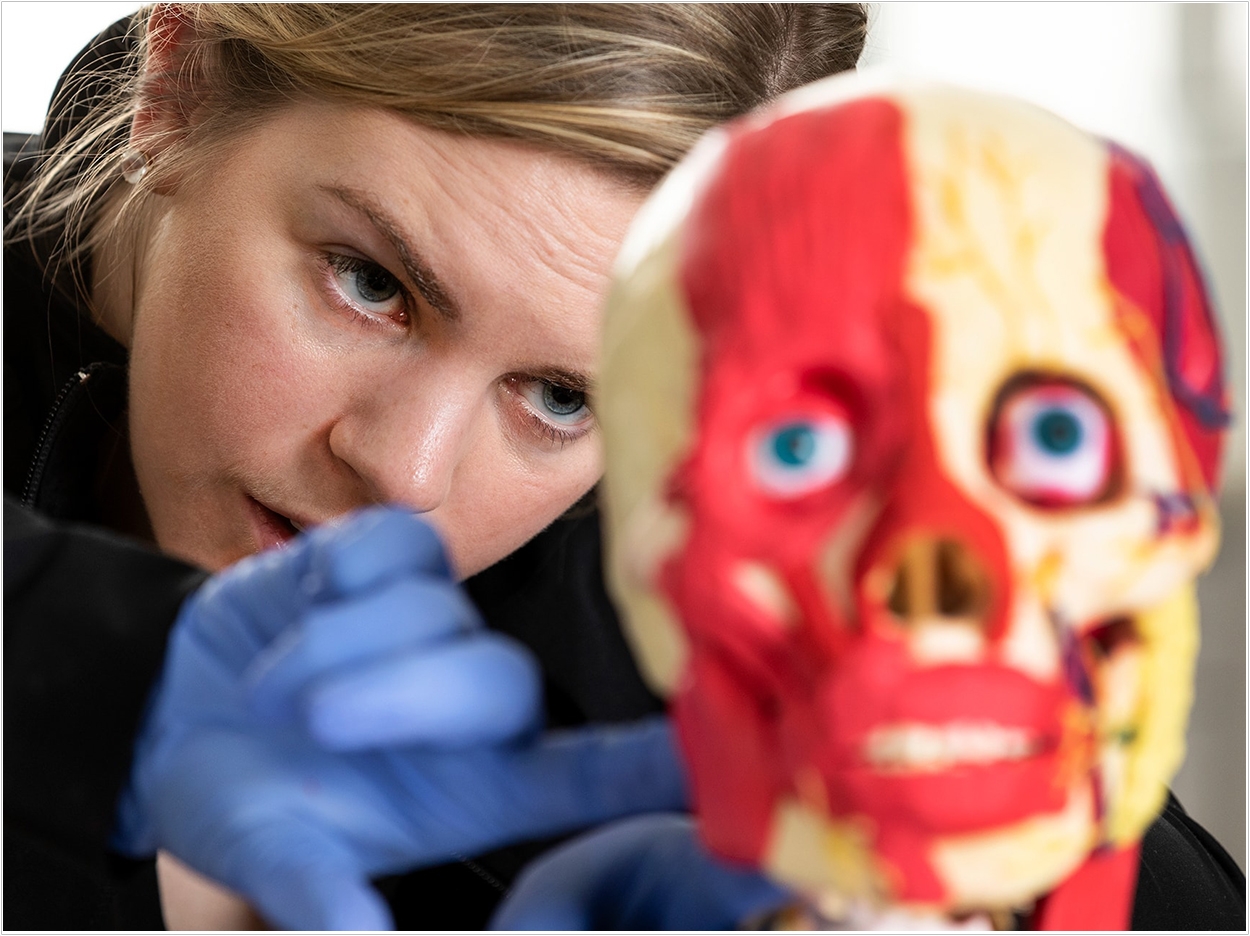 Dental students typically dissect cadavers to learn about human anatomy. The University of Las Vegas Nevada School of Dental Medicine, however, uses a different approach. The second-year students in Clinically Oriented Anatomy use colored dental wax and thread to build anatomically correct models of the skull over the seven-week course.

Dissection is “a wonderful way to learn, but there are numerous inherent problems with it. To use cadavers, you need a lot of space and specially ventilated rooms. A cadaver’s jaw is stiff, so it’s difficult to move into a position where dental students can clearly see the physical landmarks of where to give injections,” said Lawrence Zoller, one of the course’s instructors.

“With dissection, you take materials off sequentially until you get down to the bone. This is the opposite process. You start with a blank skull. As you place structures and layer them, you learn their relationship to one another, which is critical in dentistry,” said Zoller.

During the weekly two-hour modeling sessions, students use red, blue, and yellow threads to represent arteries, veins, and nerves, respectively. With hacksaws and coping saws, the students also carve away parts of the skull to rebuild structures in various types of colored dental wax, aligning ducts, glands, and muscles into their proper orientation with precision dental tools.

“Wax is a very forgiving material. If a student gets the placement of a structure wrong, they’re able to take off the wax and correct it,” Zoller said, noting that the course emphasizes anatomy but still awards 20% of its grade to creativity.

“It’s based on what the student wants to do. Some students are very practice-oriented. They add on extra muscles and other structures. That’s great. Other students get astoundingly inventive. One student did half the skull as a Die de los Muertos figure. We’ve had a Klingon from Star Trek and a blue Na’vi from the movie Avatar. One student even modeled Phineas Gage, the famous medical patient who had a railroad spike driven through his skull,” Zoller said.

In fact, Zoller recently presented one of the models to the Museum of Encaustic Art in Santa Fe, which focuses on art made out of wax ranging from paintings to collages to sculptures. The Greeks originated the art form and gave it its name—enkaustikos, which means to heat or burn in—from the process of heating and fusing beeswax and crystalized tree sap.

“We want to represent all different forms of encaustic art in the museum,” said founder and curator Douglas Mehrens after Zoller presented him with a model by Erik Foisy of the dental school’s class of 2014.

“When I left the skull behind, I hoped it would help another student out,” said Foisy, now in an endodontic residency in Richmond, Virginia. “I’d never considered it being recognized as art. Not a lot of people can say they produced a piece of art that is in a museum.”

“It was even more amazing than I expected,” said Mehrens. “It’s like nothing we have in the museum. It’s not on clay or wood but an entirely novel material. And the fact that those skulls are the representation of what the students are learning is wonderful.”

“I’m used to looking at these skulls and seeing the anatomy,” said Zoller. “But the first thing Douglas said was, ‘This is art.’ He is right. I hope that visitors to the museum will recognize that when they look at the skull and appreciate the amount of work that goes into it. If they do, then that is a wonderful reflection on this university.” 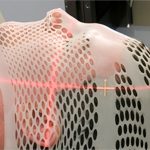 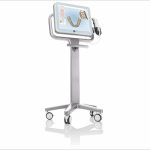