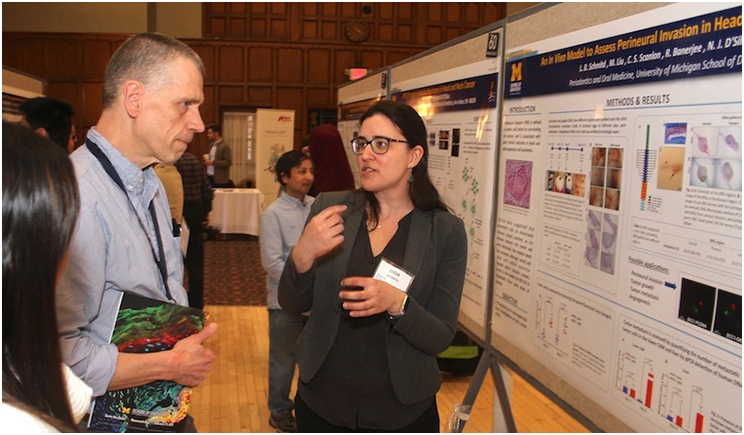 As today’s undergrads consider where they would like to go for dental school, they may want to consider travelling abroad. Quacquarelli Symonds (QS) has released its QS World University Rankings by Subject 2018: Dentistry, and Europe accounts for 22 of the top 25 schools. North America is home to 15 of the top 25, and Asia showed up seven times.

The survey company calculated its list of the 50 best dental schools in the world based on their academic reputation, employer reputation, and research citations per paper. There also was some significant movement between last year’s list and this year’s edition, with several schools making key moves up and down the chart.

The Karolinska Institutet in Sweden took the number one rank, after placing sixth last year. King’s College London placed second last year and retained that slot but now has to share it with the Academic Centre for Dentistry Amsterdam, which moved up from fourth place in 2018 to earn the tie. The University of Hong Kong dropped from first place last year to fourth this year, while the University of Michigan dropped from third to fifth in this year’s survey.

Admission to the Karolinska Institutet Department of Dental Medicine’s five-year undergraduate program depends on secondary school grades and performance on a Swedish aptitude test. An alternative selection process involves written assignments and interviews. All courses are taught in Swedish, so proficiency in the language is necessary. International students meeting these criteria are eligible for enrollment.

The school also offers three-year specialist postgraduate training in orthodontics and endodontics, held in English. Its doctoral program takes an interdisciplinary approach to educating its students, who write individual study plans together with their supervisors. The degree of licentiate program takes two years, and the degree of doctor program requires four years. Doctoral students start practical research during their first year.

“Our vision is a direction, and year by year in the research evaluation we carry out, we see how we are strengthening our research. This is the case with regard to the number of publications, citations, and the status of the publications we are publishing in. We have also recruited some new top researchers,” said Mats Trulsson, DDS, PhD, head of the Department of Dental Medicine.

“Maintaining our position as the top school in the UK and in the top two institutions in the world for dentistry in these global rankings reaffirms our position as a world-class institution and reflects the dedication, commitment, and innovation of our academic and professional staff, our students, and our alumni,” said professor Mike Curtis, PhD, executive dean of the faculty at the King’s College London Faculty of Dentistry, Oral & Craniofacial Sciences

The school, which has now been named the top school in the United Kingdom for three years in a row, says that it aims to maximize its impact on oral health and wellbeing by integrating excellence across education and teaching, world-class science, clinical approaches, and patient care. It also says that its mission is to understand disease, enhance health, and restore function as a world leader in dental, oral, and craniofacial education, research, and clinical care.

The University of Michigan was named the top dental school in the United States for the fifth consecutive year, receiving strong marks for its research efforts. During the school’s annual Research Day in February, students presented work in alveolar ridge preservation, oral health among the deaf and hard of hearing community, craniofacial skeletal development, guided tissue regeneration, bone homeostasis and regeneration, and other topics.

“Research has always been a foundational part of our dental school. It’s incorporated into our mission statement,” said dean Laurie McCauley, DDS, MS, PhD. “Being a leader in dental education and clinical training means making scientific discoveries that advance not just dentistry but overall health. We’re gratified when surveys like the QS rankings place our researchers among the best in the world.”

Last October, the school also broke ground in a four-year construction project called Blue Renew that began the first major update of its main building since it was first completed in 1971. About half of the existing facility will be renovated, and about 48,000 square feet will be added primarily with a three-story addition. The new construction aims to reflect the evolution of dentistry while setting the standard for school facilities well into the future.

“The University of Michigan School of Dentistry is a place where the best and brightest come to study, practice, and conduct world-class research. And the people of our state are the first beneficiaries,” said Mark Schlissel, MD, PhD, president of the university, which notes that the school’s dental clinics served host 191,000 patient appointments annually. “With the excellent training they receive here, our students improve lives in communities all across the state.

“It is so gratifying to see that the University of Washington School of Dentistry is ranked number three in the United States and number 10 in the world,” said interim dean Gary Chiodo, DMD. “I believe that our stellar predoctoral and graduate programs are primary reasons for these rankings. Our world-class research programs also contribute substantially to our successes. We are fortunate to have outstanding, accomplished, and dedicated faculty and staff who make all of this happen.”

“UCSF Dentistry has a lot of new people in leadership positions, and we are happy to see the QS rankings. The school has embraced its Gold Rush history, as the first school of dentistry west of the Mississippi established in the 1880s, with a new sense of excitement directed toward innovation and discovery,” said Michael S. Reddy, DMD, DMSc, dean and professor of the UCSF School of Dentistry.

“This entrepreneurial spirit is evident in the school’s creativity in pioneering and outstanding research as well as in education, with the development of an innovative Leaner Success Center. The school, known as one of the happiest dental schools, focuses on complex dentistry with a broad range of clinical faculty while also embracing its public mission. UCSF Dentistry is complemented by integration with the schools of pharmacy, medicine, nursing, and the UCSF Graduate Division, all highly ranked, to form a unique university laser-focused on health and graduate education,” said Reddy.

The other schools from the United States that made the list include: 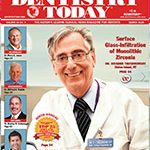 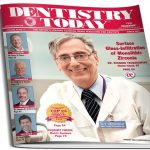 Next post Dental Materials: A Key to Success
0 Shares