INTRODUCTION
Amelogenesis imperfecta (AI) represents a group of inherited conditions that affect the structure and appearance of the enamel of all or nearly all the teeth, with a prevalence in the United States of approximately one in 14,000.1,2 The variable range of AI enamel defects involves abnormalities that are classified as hypoplastic (defect in quantity of enamel), hypomaturation (defect in final growth and development of enamel crystallites), and hypocalcified (defect in initial crystallite formation followed by impaired growth), with diagnosis traditionally determined by clinical presentation.2,3

Four main types of AI classifications exist, based on the type of enamel defect. Fourteen unique subtypes exist and are based on the clinical appearance and mode of inheritance.3,4 Although AI primarily affects enamel formation, AI has been associated with a more constricted maxillary arch as well as with a skeletal open bite with anterior space, resulting in occlusal instability.5-8

The following case report will outline how a young man with AI was treated in our office. The importance of properly managing these patients with AI can be found in the outcomes. Redesigning a smile by establishing harmonious function of the stomatognathic system can positively impact a patient’s physiological and psychological health.

CASE REPORT
Diagnosis and Treatment Planning
This young man presented with a desire to be able to chew foods more efficiently and to have an attractive smile (Figures 1 and 2). He is the fifth generation in his family to have AI. He had impaired masticatory function due to a significant open bite with occlusion only on 3 teeth in maximum intercuspation (Figures 3 to 5).

The patient presented with multiple restorative challenges. Although there was no sensitivity with the defective and deficient enamel, functional and aesthetic concerns needed to be addressed. He had an open bite and had adapted to occlusal contact only between teeth Nos. 2, 3, and 31. His tongue was serving as the occlusal stop between all remaining dentition. An arch size discrepancy with a posterior bilateral crossbite relationship was present in addition to underdeveloped teeth with diastemata.

Closing the significant open bite and re-establishing a new and stable neutral zone by achieving balance between the horizontal position of the teeth with the outward pressure of the tongue and inward pressure of the buccinators would be necessary.9

To establish improved function and aesthetics, 22 full-coverage lithium disilicate (IPS e.max Press [Ivoclar Vivadent]) (teeth Nos. 2 to 15, 18 to 21, and 28 to 31) and 6 lithium disilicate veneers (IPS e.max Press) (teeth Nos. 22 to 27) were treatment planned. The low translucency bleach shade 2 ingot (LTBL2) was selected due to the similarity of the low translucency of this ingot to that of natural dentin. This makes these ingots ideal for creating natural brightness and chroma in the posterior and, with a cut-back technique, maximal aesthetic appearance in the anterior teeth.11

Due to the hypomaturation of this patient’s dentition and the anticipation that this full mouth rehabilitation will likely need to be refreshed during the course of his life, conservative preparation design was crucial. A minimal 1.5-mm occlusal and axial reduction of the mandibular posterior teeth was prepared, and a right posterior bite registration was taken with the anterior registration in place. After the left posterior quadrant was prepped identically to the right quadrant, a bite was taken of the left quadrant. Figure 7 illustrates the improvement in the open bite arch discrepancy.

After both posterior quadrants were prepped, a 0.5-mm depth-cut diamond (No. 900-7136 [Henry Schein]) was utilized to attain minimal reduction for the veneer preparations on teeth Nos. 22 to 27. The depth of the initial cut was marked using a permanent marker since this is the most accurate method for ensuring a specific reduction. Then a round-ended diamond (No. 112-5161 [Henry Schein]) was used to conservatively remove the enamel to a 0.5-mm total facial reduction (Figure 8). Next, interproximal clearance and an incisal edge reduction of less than 0.75 mm was completed. By preparing the anterior teeth with cleared contacts, we gained several advantages: our technician was provided with control over placing and correcting misaligned midlines; alterations in color could be made in this area to mimic natural teeth; and the lingual margin was placed in a free cleansing area, also increasing retention form.

To finalize the preparations, all of the external line angles were removed. Then the preparations were polished using a diamond (No. 8878K-31 [Brasseler USA]). The anterior bite registration was obtained (Genie Bite) with both posterior bite registrations in place (Figure 9). Next, a facebow transfer was taken (SAM Axioquick Facebow [Great Lakes Orthodontics]). The final impression was taken using a vinylpolysiloxane (VPS) putty (Genie) and a rapid set light body VPS (Genie).

Provisional restorations (Luxatemp [DMG America]) were made using a clear thermoplastic matrix that had been previously fabricated from the diagnostic waxup (Figure 10). The provisional restorations were bonded to the prepared arch by placing one drop of OptiBond FL (Kerr Dental) adhesive in the intaglio surface of each provisional, then fully seating and light curing them. This technique allows for clean, cement-free preps when the provisionals are removed because the adhesive bonds to the provisional material, not the prepared tooth structure. Ochre characterization from the Kolor + Plus Kit (Kerr Dental) was added to the gingival third of the provisionals (Figure 11). Final mandibular restoration shade and characterization were selected via patient and lab technician interaction.

During the temporization phase, the patient was provided with 0.12% chlorhexidine gluconate (Henry Schein) to use for rinsing and brushing, helping to ensure optimal gingival health. Even with well-adapted margins, temporaries are notorious for creating an environment that causes excessive gingival bleeding. If this is not controlled, the post cementation color changes at the margins of all-ceramic restorations can compromise aesthetics.

The classical acid-etch technique was used when these restorations were bonded into place. The preparations were etched with Etch-Rite (Pulpdent) 38% phosphoric acid gel for 20 seconds and then washed thoroughly and dried with air. Next, several coats of Dentin Desensitizer (Pulpdent) were applied. Then several coats of OptiBond FL primer (Kerr Dental) were placed, followed by one coat of adhesive. These coats were slightly dispersed with air and light cured (Rembrandt Sapphire plasma arc curing light [DenMat]) for 20 seconds. The intaglio surfaces of all the restorations were cleaned (Ivoclean [Ivoclar Vivadent]) for 20 seconds, rinsed, and air-dried. One drop of silane (Silane Primer [Kerr Dental]) was then applied and air dispersed. The final cementation was done with Calibra Esthetic Resin Cement (Dentsply Sirona Restorative).

The proper finishing of restorations is essential for success. Three burs were used to initiate the finishing process. A red-striped 30-grit diamond (Brasseler USA) was used around all margins, followed by a yellow-striped 15-grit diamond (Brasseler USA) and a white-striped 30-blade finishing bur (Brasseler USA). Next, Shofu Dental’s polishing points were used, starting with the no-stripe point, then the yellow-striped, and, lastly, the white-striped polishing point. The interproximal finishing began, utilizing a Ceri-Saw (DenMat) to first clear out excess cement in the interproximal areas. Then a red-striped diamond strip (Gateway Flexi [Brasseler USA]) was used to smooth each interproximal surface. The last and most significant interproximal polishing was achieved with a series of Epitex Strips (GC America). After the blue, green, gray, and tan strips were used, flossing between the teeth was extremely smooth and the polishing sequence was complete.

Unlike the preparation sequence of the mandibular arch, the anterior maxillary teeth (Nos. 6 to 11) were first prepared using a 0.5-mm depth cut diamond (No. 900-7136 [Henry Schein]) to achieve minimal facial reduction. A round-ended diamond (No. 112-5161 [Henry Schein]) was used to remove enamel to the precise 0.5-mm depth cuts. We then proceeded with a minimal 0.75-mm incisal reduction for all-ceramic lithium disilicate (IPS e.max Press) crowns. The same sequencing of obtaining 3 separate bite registrations was performed with the mandibular arch as was followed for the prepared maxillary arch to evaluate clearance. The final impression was obtained with the rapid set light body VPS and VPS putty. The arch was temporized with Luxatemp, using a clear thermoplastic matrix.

Due to the significant open bite, the inter-arch spacing discrepancy was split between both arches. To produce an aesthetic and pleasing smile, the final mandibular restorations were given more hue to create a muted appearance that toned down the length of the mandibular restorations, accentuated the maxillary restorations, and, in effect, created a fuller and more youthful smile. The finishing sequence of the maxillary restoration was identical to the order followed with the mandibular arch. To ensure occlusal stability, equilibration was completed with stable stops in CR, canine guidance in harmony with border movements of the envelope of function, disclusion of posterior teeth in protrusive and on the nonworking side, and noninterference on all posterior teeth on the working side with canine guidance.9

CLOSING COMMENTS
While treatment goals aim to completely eliminate deficits, often total deficit elimination may compromise the functional stability of the case and provide minimal case enhancement.12 To achieve a more balanced gingival architecture of the maxillary arch, crown lengthening of teeth Nos. 7 and 8 could have made aesthetic improvements. However, due to the patient’s low lip line, there was no significant benefit to the patient in performing this additional procedure.
This young man had originally presented with multiple aesthetic and functional deficiencies associated with AI. Identifying the deficiencies and successfully resolving them can be rewarding for the clinician and fulfilling for the patient (Figures 12 to 17). An attractive smile with restored masticatory ability transformed this patient’s quality of life (Figures 16 and 17).

Dr. Wynne received his doctor of dental surgery degree (2014) from the University of North Carolina School of Dentistry, where he is also an adjunct member of the faculty. He practices general dentistry in Clemmons, NC, and is a Scholar of the Dawson Academy. He is a member of the American Society for Dental Aesthetics and a Fellow of the International Academy for Dental-Facial Esthetics. He can be reached via email at wtwynne@gmail.com. 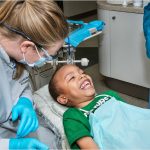 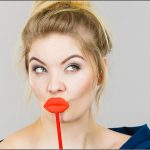