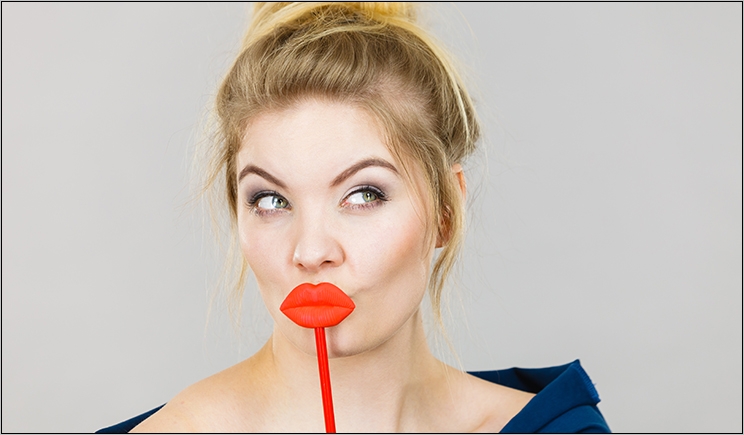 Barely a day goes by without a media report of another celebrity’s “bad lip fillers.” If you didn’t know better, you’d think that all lip jobs look fake. The unfortunate thing is that the lay public actually doesn’t know better, and many won’t seek treatment based on what they see walking around.

What’s difficult to explain is that in real life it’s not possible to “see” a good lip job. Skillful augmentations look natural, so basically they’re invisible. But try telling that to your average 45-year-old patient who thinks otherwise. When patients believe that all lip filler treatments are obvious, it’s pretty hard to change their perception. Personally, I think the only sure way to persuade them is by showing them successful before and after pictures.

How Did This Happen?

There are two ways artificial looking lips are making their way into society. The first is pressure from patients who actually desire unnatural looking lips. Or second, otherwise well-intentioned practitioners don’t fully appreciate the detailed anatomy of the lips and perioral area.

To say that over-inflation is the core problem is counterfactual. It’s much more than that. I’ve seen many lips that, despite their seemingly large size, are difficult to determine if they’ve been augmented or not. But as long as you respect the fundamental practices of lip fillers, your augmentations won’t scream “Made in the USA!”

To frame the discussion, let’s first discuss the typical presenting lip issues. Women who seek out lip augmentation can be loosely divided into two groups.

Group one comprises middle-aged or older patients who are looking to restore lost volume and create a “stop” at the vermillion-cutaneous border where lipstick bleeds onto the skin. Many of these patients have structural defects that need rebuilding, such as effaced philtral columns, a flattened or non-existent Cupid’s bow, and missing Glogau-Klein (GK) points. Particularly challenging are the cases where the upper lip has suffered great deflation, or perhaps was never large to begin with, and appears to have fallen into the oral cavity.1

Group two consists of younger patients in their twenties to late thirties who usually present with good existing architecture but want the social-media-ready voluptuous lips seen on popular celebrities. These patients are usually looking for greater volume. The challenge for the practitioner here is to avoid overtreatment and, in some cases, decline treatment altogether.

What Makes an Attractive Natural Lip?

Lips and the perioral area are a key aesthetic unit of the face. A crisp Cupid’s bow, philtral columns, and vermillion border, along with a well hydrated appearance and neutrally located oral commissures, are all hallmarks of the youthful lip (Figure 1).2 For most people seeking augmentation, if you can restore most of these qualities, you’ll have a very happy patient.

I’d be remiss if I didn’t mention the individuals who want more. These patients are interested in pushing (and exceeding) the limits on what most people would consider normal. I don’t want to make any judgement calls on these individuals or the practitioners who treat them. I will say that practitioners have to determine their own comfort level in choosing to help these patients achieve their aesthetic vision.

But the focus here is on creating natural looking lips. Let’s discuss the three main factors associated with an artificial appearance.

First, for my eye, the most easily recognized artificial lip is the sausage-fill. Natural lips have areas of greater and lesser fullness, with the upper and lower lip each having its own unique architecture. Simply dragging the product from right to left creates a sausage-like appearance that’s never present in an untreated lip.

Second, disrupting the golden ratio looks artificial even when everything else is done well. From the frontal view, the upper lip should appear to be about two thirds the volume of the lower lip—or, put another way, 1:1.618, which is Fibonacci’s number.3

When the upper lip is equal to or begins to exceed the volume of the lower, the augmentation starts to look fake. Once that ratio is breached, the result degrades rapidly, even with minor volume additions. I always begin augmentations with the upper lip. If you happen to slightly overfill, you can add to the lower lip to correct the ratio.

And third, a Cupid’s bow (or lack of) can completely derail an otherwise good lip augmentation. It’s critical to preserve an existing Cupid’s bow and its GK points or recreate them without overly broadening or flattening this area. Commonly seen mistakes include over-inflation of the philtral tubercle, leading to a duck-like appearance or bolus injections instead of small, triangular aliquots in the peaks of the Cupid’s bow (Figure 2).

If you’re going for a natural appearance, adhering to these three tenets will hold you in good stead. As with any injectable, understanding anatomy and detailed morphology will always pay dividends to the injector. Never skimp on this aspect of your education.

One final bit of advice: decide early how you need to position yourself in your local injectable market. Who are you likely to see more of, individuals who want natural or unnatural lips? Resist the urge to please everyone. People talk, and—most notably, millennials—broadcast their aesthetic enhancements. If you wouldn’t want that outcome on an advertisement, don’t do it.

Dr. Meinecke is the founder and principal of Facial Anatomy for Comprehensive Esthetic Seminars (FACES) (www.estheticseminars.com), the only facial injectable course to combine cadaver review workshops with live patient training. She is past president of the Maryland Academy of General Dentistry and a Fellow in the International College of Dentists. She serves on the AGD Legislative and Governmental Affairs Council and is a national spokesperson for the AGD. She serves as Vice Chair on the ADA Council on Communications. Dr. Meinecke lectures nationally and maintains a full-time private practice in Potomac, MD. She can be reached at info@estheticseminars.com.

Should You Add Facial Injectables to Your Practice?

When and How to Say No to Facial Injectable Patients 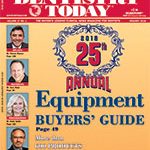 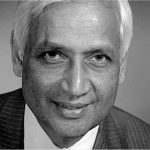