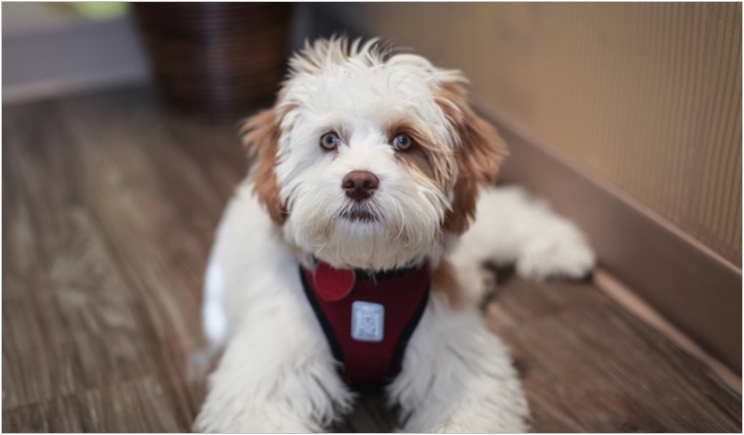 If you deal with patients who exhibit significant anxiety in the operatory, maybe your next new employee should have 4 legs and a tail. Fishers Pediatric Dentistry of Fishers, Ind, recently added Pearly to its staff, a 7-month-old Australian Labradoodle therapy dog who puts patients, their families, and even the staff at ease during stressful procedures.

“Usually when a kid comes in and they’re a little bit nervous, we do one of 2 things,” said practice co-owner Misti Pratt, DDS. “Sometimes we just say, ‘You can pet Pearly when we’re done,’ or sometimes we’ll even put Pearly on their lap and the kid is so focused on petting her and loving on her while they’re getting their teeth cleaned. It’s really been amazing. You’ll have a kid who is really scared, and then they’re just so calm and relaxed.”

Pearly’s onboarding at the practice began when practice founder Ana Vazquez, DMD, met a dog at a local park that also happened to help out at a nearby senior citizen facility. Impressed by the well-mannered pooch, Vazquez began investigating whether or not a similar therapy dog would be allowed for her practice, and, if so, what types of dog would be most appropriate.

“We found out that there are certain kinds of dogs that are hypoallergenic, though technically you cannot say that a dog is 100% hypoallergenic because you don’t know exactly what kinds of allergies the child is going to have,” said Vazquez. “And it’s the Doodles, almost any kind of dog that has been mixed with a poodle.”

Temperament was another issue. Therapy dogs need to be unflappable in the face of various uncomfortable stimuli. A dental office is home to loud noises from handpieces, compressors, and other equipment, plus harsh and sterile smells. Also, children don’t always know how to behave around animals, and therapy dogs have to resist provocation.

“You could imagine kids are pulling her ears, touching her eyes, putting their fingers in her mouth,” said Vazquez. “There are certain dogs who will let you do anything, so I had to find a dog who would allow me to do everything like that.”

Vazquez and Pratt visited a breeder called Colonial Village Labradoodles to pick out a puppy, though Vazquez noted that Pearly really picked them. They met the dog when she was just a month old, and after they had formed a bond and she had been weaned from her mother, Pearly went home with Vazquez at the age of 8 weeks. Training began immediately.

“Especially the first couple of weeks, she came to the office every day. She went through a process of desensitizing her to all the noise and smells in the dental practice, especially in pediatrics,” said Vazquez. “She was not working, but she was in certain spots in the office, just getting used to noises, to the kids, and to the smells.”

Pearly went to regular puppy classes as well, learning to take commands like “sit” and otherwise be well-trained. The practice also worked with a company called Medical Mutts that specializes in training service dogs. Medical Mutts visits the office every other week to train both Pearly and the staff. And, Pearly spent 2 weeks at “puppy boot camp” for more intensive work.

“She won’t be an official therapy dog until she’s a year old,” said Pratt. “Over the next 6 months she will continue to do training with the Medical Mutts trainer, and she will go away for another 3 weeks to puppy boot camp. But the trainer also trains us on how to handle her.”

There are 63 employees at Fishers Pediatric Dentistry, but only 8 of them are designated handlers, with one representative for each department. Medical Mutts teaches these handlers what verbiage to use, what eye contact they need to have, and how to keep it all consistent so Pearly is not confused. They work on this training often during lunch or other downtime.

The limited number of handlers also makes it easier for them to get to know her better, which is important because they need to be able to tell when she is getting tired, getting hungry, or otherwise needs a break.

“We try to get her off duty on those moments when we don’t think that it’s good for her,” Vazquez said. “That’s one of the reasons that we want a specific group that knows her. We know her mannerisms, and we understand her needs.”

Pearly doesn’t work with every patient at the practice. Some patients are afraid of dogs, so she only works with families that request her. A sign at the office also tells families when she is on duty and off duty. Patients can visit with her before and after invasive procedures. During noninvasive work like exams, cleanings, and restorations, Pearly will sit within reach of the patient or even on the patient’s lap, which actually makes the procedure more effective.

“They’re not as apprehensive,” said Vazquez. “We let Pearly lay down on the patient’s lap, and they don’t move. So, I know that I can definitely do a better restoration because I don’t have a kid that’s moving around. And they want to do good so they can go play with her, too.”

Pearly is especially effective in working with children who have special needs.

“Sometimes patients with different special healthcare needs such as autism like different behavior management techniques,” said Courtney Bradshaw, LDH, one of Pearly’s handlers. “We have found that bringing Pearly and utilizing her provides them an additional sense of comfort, and no other technique that we have found is as effective.”

The families in the waiting room can be even more nervous than the patient in the chair. Pearly then will spend time there too, keeping siblings and parents who are waiting entertained and engaged instead of thinking about the procedure going on in the operatory.

“A lot of times, I feel that it makes the parent feel just as relieved as the child when she comes into the room,” said Pratt. “And the adults seem just as excited about her.”

Plus, it’s no surprise that Pearly has had a similarly positive effect on the practice’s personnel.

“I have seen with my staff, in dentistry, there are days that could be pretty stressful,” said Vazquez. “I have seen changes in their behavior now that Pearly is part of our staff. You would be surprised how many times during a break, they would sit down with Pearly and talk to her. I think that she has been a benefit for all of us as well.”

“She’s been wonderful, every day to walk in and have a puppy greet you,” said Pratt. “It’s been really fun.”

Pearly’s positive effects on patients and staff alike have been noticed by the community at large and have helped the practice add to its patient base. As the practice’s ambassador, Bradshaw has showcased Pearly at events such as Woofstock, a concert festival that raised money for the Humane Society for Hamilton County. Pearly also has campaigned for the Behavior and Analysis Center for Autism and Answers for Autism.

“We’re just trying to partner ourselves with different nonprofit organizations within the community and promote Pearly’s success,” said Bradshaw. “She definitely has made a name in our community, and we’ve received wonderful feedback from colleagues that have stopped by to visit her and meet her, wondering if a therapy dog would be a good decision for them.”

“It does take a lot of time, a lot of training. It’s a commitment,” said Vazquez. “However, we do a lot of hospital dentistry in pediatrics, and we see therapy dogs in hospitals. I think that therapy dogs are going to be a trend mounting in dental offices, and you will see more and more dental offices including therapy dogs as part of their behavior management techniques.”

The personnel at Fishers Pediatric Dentistry encourage dentists who are curious about adding a therapy dog to their practice to reach out to local organizations like Medical Mutts in their communities to find out more, as these groups specialize in training dogs to meet the specific needs of each facility they work with.

“This is the first dog that I’ve had in my life,” said Vazquez, who takes Pearly home every night when the office closes. “And I think that Pearly has been a blessing not only for our practice and our patients but in my life. I never thought that this fluffy, clipped animal could bring so much happiness. She is my best friend.”

“I’m just every day impressed with how much of a difference, how much comfort she brings,” said Pratt.

“I definitely think it’s going to be the future of dentistry,” said Vazquez. “Dogs will be part of it.”

Intraoral Injection Fear Must Be Conquered to Improve Pediatric Care 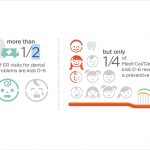 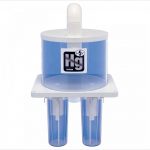