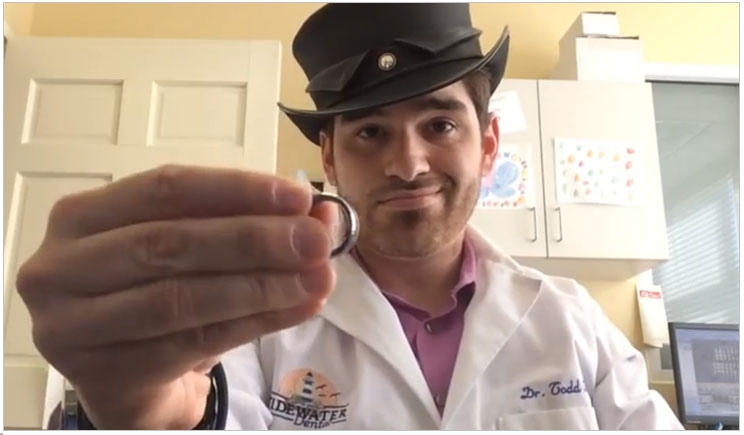 Some people might not like going to the dentist—unless, perhaps, they’re going to see Dr. Todd Cooper of Tidewater Dental, with 3 locations in Maryland. He uses comedy, sleight of hand, and even balloon animals to put patients of all ages at ease.

“I see a lot of pediatric patients and families,” said Cooper, a general practitioner who typically goes by the name of Dr. Todd. “And that’s where a lot of my successes come from. I start with the kids, get them really comfortable, and then the parents usually come and follow up.”

When it’s time to see patients, he may enter the operatory while juggling a trio of balls. Next, he may make a funny comment. During this brief interaction, Cooper evaluates how the patient reacts and if he has created a “magic moment” that has engaged the patient.

“If they seem like they are really rock solid, and I’m not going to get anything out of them, then I tone it down,” he said. “And sometimes people will give me a smile, and that opens me up to tell a joke. Sometimes I’ll do magic. Sometimes, it’s just talking.”

Card tricks are one of his specialties, and adult patients especially like them. He’ll perform magic for kids too, though he’ll often make them balloon animals as well. He keeps plenty of balloons and cards in his lab coat’s pockets, and he always tries to involve patients in his tricks.

When people have a dental appointment, Cooper said, they expect certain patterns. For example, many patients think dentists should look like professors. Cooper, however, has been known to sport an impressive handlebar mustache and wear an old-fashioned bowler hat.

“I highly recommend getting a hat like that,” he said.

Thwarting the expected pattern via appearance and entertainment like this goes a long way in addressing dental anxiety, he said. And just as magic routines build and relieve tension, dentists should break the suspense their patients are feeling before their procedure begins.

This approach to chairside manner requires a quick wit and adaptability. Fortunately, Cooper is an actor too. He performed in summer stock from middle school through college, and visitors to Baltimore’s Inner Harbor currently can see his magic show each month at the Cadillac Ranch restaurant, both of which have sharpened his improvisational skills.

Other dentists don’t need this background to succeed with his approach, though. Websites such as ellusionist.com and penguinmagic.com offer simple tricks that anyone can learn, Cooper said. He also demonstrates tricks, balloon animals, and more on his YouTube channel.

Cooper draws inspiration from a book called The Magic of Micah Lasher as well, which explains how to perform 50 different tricks and offers a set of rules that apply equally to magic and dentistry. For example, magicians and dentists alike should always respect their audience or patient, use misdirection whenever possible, practice, and have fun.

As a result, Cooper isn’t necessarily known just for his unconventional introductions to patients. When they leave their appointments, patients are relieved, at ease, and over any anxiety they may have been feeling—and ready to refer their family and friends to his practice.

“It’s not that I’m the magic dentist. They say, ‘This guy is great. He makes you feel really comfortable,’” Cooper said. “It doesn’t come out that this guy is going to do a magic trick. Really, it becomes bigger than that.”

Its Not Just Patients Who Hate the Needle 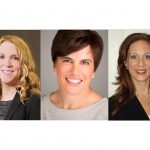 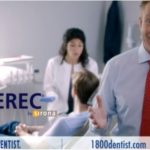