INTRODUCTION
Small-diameter implants (SDIs) are effective in stabilizing removable partial dentures (RPDs)1 and function to provide a stable “seat” to minimize vertical movement. The natural teeth restrict lateral movements with RPDs, so mini implants are not necessary for this role. SDIs allow the utilization of RPDs even in cases with many missing teeth. Because of lateral movement restriction by the patient’s natural teeth, fewer SDIs are required for use with RPDs than with full-denture stabilization. SDIs also allow the elimination of clasps in many RPD cases.

Most patients would prefer fixed rather than removable dental restorations. With the quality and predictability of today’s root-form implants, fixed bridges, sinus lifts, ridge augmentation through bone grafting, and all-on-4 hybrid/implant restorations, cost is the principal reason that removable final restorations still exist, unless the patient has restrictive health issues.

Background
Root form and SDIs have greatly improved the stability and comfort of removable restorations.1 It could be argued that state-of-the-art treatment for lower dentures today includes some type of implant stabilization. The use of SDIs for RPD stabilization is sometimes overlooked. Primary objections to RPDs include:

SDIs can improve or eliminate 3 of these objections. They provide excellent vertical stability, eliminating most up-and-down movements of the RPD when the patient is chewing. Since SDIs act like “snaps” on a shirt (only much stronger), there is minimal vertical movement of the RPD when chewing. As with full dentures, RPDs should be supported apically by the ridge and soft tissue, not the SDIs, when the patient bites down. SDIs limit the amount of “rebound” coronal movement of the RPD. The o-rings in the housings cushion the biting and rebound movement of the RPD, much like periodontal ligaments around teeth.

Clasps are often not necessary when SDIs are utilized to stabilize RPDs, especially if the patient is not eating sticky foods. Without clasps, less food accumulates around the RPD. The o-rings (Evolution Dental Science) in the housings or the type of housing itself (MH-1, 2, or 3 [3M ESPE]) can be changed to increase retention. A chief “tongue-in-cheek” complaint of patients with SDI-stabilized dentures and RPDs is that they have a hard time removing the appliance. The author has only once been asked to increase retention with a full denture, and never with an RPD.

RPD stabilization is not the same as full-denture stabilization. With full dentures, SDIs prevent lateral movement and upward displacement, and provide a stable seat when the patient is biting. As previously stated, the primary role of SDIs used with RPDs is to provide a stable seat to minimize vertical movement. The rule of thumb with full dentures is that 2 SDIs take the place of one root-form implant.2 With RPDs, one SDI generally replaces one root-form implant, since the natural teeth prevent lateral movement of the RPD.

It is known that health issues, such as smoking and diabetes, contribute to implant failure due to compromised bone quality as well as reduced blood flow/oxygenation of the bone.3,4 However, it is the author’s opinion that repetitive lateral forces from clenching and bruxism, especially during the first few months following implant placement, are a primary cause of implant failure. This is especially true if there is minimal bone on the facial side of the implant. Overall surface area of the combined implants as well as bone type versus duration and intensity of lateral forces is an important consideration prior to implant placement. If the patient was a major bruxer/clencher prior to tooth loss, that habit is a big warning sign. Unless the habit has ceased, the patient should be prepared for potential implant loss from excessive, repetitive lateral forces.5 In these situations, both root-form implants and SDIs can be displaced. The length and width of the implants, plus the greater the number of implants (greater surface area), in addition to delayed loading and allowing complete implant osseointegration prior to loading, are important factors for implant longevity.1

Additionally, if patients with bruxism can either sleep without their full or partial denture, or wear a flat-plane hard acrylic nightguard over the implant-supported appliance, the lateral displacing forces on the implants will be minimized. As previously stated, lateral forces are not nearly as detrimental to implants with RPDs as they are to full dentures, due to the patient’s natural teeth absorbing most of that lateral force.

CASE REPORTS
Case 1
A 65-year-old nurse presented with a long-standing maxillary RPD (Figures 1a and 1b). The maxillary right cuspid had fractured off at the gumline, leaving a wide anterior edentulous space. The edentulous space was too large for a conventional nonimplant-supported RPD. Following appropriate restoration of the remaining teeth and deficient vertical dimension of occlusion increase, an SDI-supported maxillary RPD was fabricated. Five 2.9- x 13-mm SDIs (3M ESPE) were placed in the maxillary anterior edentulous area. MH-1 housings were utilized (Figures 1c to 1f).

Case 2
A 60-year-old retired teacher presented with a loose and unaesthetic mandibular RPD and maxillary full denture (Figure 2). Five 2.4- x 13-mm SDIs (3M ESPE) were placed to secure a new maxillary full denture, and three 1.8- x 13-mm SDIs were placed in the mandibular anterior edentulous region to secure a new mandibular RPD. The mandibular anterior edentulous ridge was inadequate lingual-facially as well as knife-edged. It was surgically modified and bone grafted to receive the SDIs.

Case 3
An 80-year-old female presented with a hopelessly fractured lower left cuspid (Figure 3). A mandibular RPD with left distal extension and clasp on that lower left cuspid had been in place for many years. Restorative cost was a major factor for this patient.

Following extraction of the hopeless cuspid, a wrought wire clasp was added to the partial denture on the facial of the lower left central and lateral incisors in a failed attempt at stabilization.

Case 4
An 83-year-old male presented with a broken anterior RPD replacing his 4 maxillary incisor teeth (Figure 4). He reported that the broken partial had never been very stable. Following an appropriate clinical and radiographic examination, it was determined the existing RPD could be modified and salvaged using SDIs.

The presenting metal attachments were removed from the mesial of the cuspid crowns and three 2.4- x 13-mm SDIs were placed in that 4-tooth edentulous segment. Care was taken to avoid the incisive foramen, and to leave 5.0 mm between the SDIs as well as the cuspid teeth. The attachments were removed from the broken RPD. Next, holes were cut in the acrylic to accommodate the housings placed on the SDIs. Fast-set pick-up acrylic (Secure [3M ESPE]) was placed in the holes previously cut in the acrylic. The partial was then seated on the housings snapped on the SDIs. One thickness of 2-x-2 gauze covered the palatal of the RPD to contain the flowable pick-up acrylic and to prevent it from adhering to the opposing teeth. The patient was instructed to bite down on the RPD covered with the 2-x-2 gauze while the acrylic cured to ensure correct occlusion on the unstable prosthesis. The excess pick-up acrylic was trimmed and polished and the occlusion adjusted slightly.

Six months later, the patient reported that the RPD was extremely secure and that function with the prosthesis was excellent.

IN SUMMARY
SDIs are an excellent restorative choice for full- and partial-denture stabilization. They are also effective in some fixed restorative situations.
As described in this article, SDIs:

Dr. Cutbirth practices restorative dentistry in Waco, Texas (wacosedationdentist.com), and is director of the Center for Aesthetic Restorative Dentistry (CARD) (centerforard.com), located in Dallas, a hands-on, complex restorative teaching center for practicing dentists. He graduated from Baylor Dental College in 1979, then completed a 2-year fellowship at Baylor, then was a member of the teaching faculty at the Pankey Institute in Florida for 20 years. He has lectured and published extensively on the topics of systematic restoration of the severely worn dentition with vertical dimension increase, diagnosis and treatment of occlusal problems and facial pain, complex aesthetic restorative dentistry, ridge modification and bone grafting for small-diameter implant utilization, and the most effective/productive dental practice system. He can be reached at (254) 772-5420 or via e-mail at card1611@gmail.com.

Disclosure: Dr. Cutbirth is an occasional lecturer for 3M ESPE but has received no compensation for writing this article. 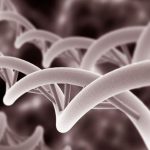