It is common for the restorative dentist to have an adult patient inquire about what can be done to correct crowded lower anterior teeth. Often that request is due to the aesthetic concerns of the patient. Many times it is motivated by the difficulty of maintaining proper hygiene in that area. Up until the last 10 years the only reliable methods that we could recommend to correct this crowding were either to  place standard fixed orthodontic appliances (brackets and wires) or to fabricate a rather uncomfortable and unaesthetic spring aligner. Many of these patients previously had fixed appliances as adolescents and are not interested in having them again. Others are more attuned to aesthetic issues and will not accept having “braces” or a spring aligner.
The use of clear plastic aligners to move teeth has been reported.1-4 Align Technology was formed in 1997 and developed the Invisalign system,3,4 which uses 3-dimensional computer images to fabricate a series of aligners to move teeth. They produce larger tooth movements through a series of smaller tooth movements. Proprietary software and manufacturing capabilities allow these plastic aligners to be extremely accurate. The facts that the aligners are removable and clear has made many more adults amenable to orthodontic treatment. However, the cost of using this commercially manufactured aligner system has made the procedure too expensive for many patients, especially when only minor tooth movements are necessary.

Another method using clear plastic aligners to generate tooth movement was popularized by Sheridan using plastic sheets manufactured by Raintree Essix (now DENTSPLY Raintree Essix).1 This appliance is commonly called the Essix Aligner (Figure 1a). It allows the dentist to make his or her own aligners, adjusted incourse as the treatment progresses. This forgoes the expense associated with multiple laboratory-fabricated aligners, and therefore allows a greater number of patients to benefit from this treatment. The creation of the Hilliard ThermoPliers (DENTSPLY Raintree Essix) allows for the re-thermoforming of the plastic to insert projections inside the appliance (Figure 1b). These projections can either produce a force against a targeted tooth or enhance retention of the aligner/retainer by protruding into gingival embrasure spaces (Figure 1c).
The tip of the pliers is heated to the ideal temperature for the particular thermoplastic being used. This allows for the application of forces against the target teeth, to move them in a controlled manner in all 3 planes of space.5 Tipping, torquing, rotating, and uprighting can all be accomplished. When the resilient plastic with the newly formed projections presses against the target tooth, movement is initiated. Unlike the edgewise bracket that limits the force at the position of the bracket slot, the Essix appliance allows for the force to be applied on any area of the clinical crown. The placement of the projections at various positions against the tooth and the depth of those projections will dictate the direction and magnitude of the movement.
This article will describe 2 cases in which Essix aligners together with the Hilliard ThermoPliers are used in the correction of minor crowding of the lower anterior teeth.

A 23-year-old male presented with the complaint of crowding of his lower anterior teeth, which he felt was unaesthetic. He reported having had fixed comprehensive orthodontic treatment as a teenager, and wanted to correct the crowding without having to wear “braces” again.
A complete oral examination was performed, and all other required dental needs were addressed and completed. Tooth No. 24 was labially inclined and was being locked out of the arch by the overlapping tooth Nos. 23 and 25 (Figures 2a and 2b).
The left central incisor required movement of about 2 mm lingually. The patient accepted a proposed treatment plan using an Essix plastic aligner to effect this minor tooth movement.
As with any orthodontic movement, space needs to be present to allow for the target teeth to move. When using an aligner, that space needs to be available both in the mouth and within the plastic. Intraoral space was made by slenderizing teeth Nos. 23 to 25. The use of interproximal stripping has been shown to be safe.6,7 Coronoplasty was first performed on the interproximal surfaces one tooth over from the out-of-alignment tooth. This allowed for an even reduction of the interproximal enamel. An interproximal gauge was used to verify the proper amount of reduction (Figure 3).
After utilizing latex orthodontic separators to open the areas on either side of tooth No. 24, more space was created by additional interproximal enamel reduction at the proximal surfaces of that tooth (Figures 4a and 4b). All manipulated tooth surfaces were then polished using Sof-Lex discs and strips (3M ESPE). A PVS impression was then taken for the fabrication of the aligner. PVS was the material of choice because of its accuracy and its dimensional stability. Space was created in the aligner by blocking out the working cast, using light-cured Triad gel (DENTSPLY International) be-fore thermoforming (Figure 5).
C+ plastic made by DENTSPLY Raintree Essix was used to fabricate the aligner. This is a 0.040-inch thick thermoplastic sheet. It is flexible, durable, and withstands bruxism. This makes it excellent for both tooth movement and retention. It also has contact clarity so it is virtually invisible when being worn. It permits a re-thermoforming at 200ºF without any distortion of the original shape. Force was induced by using the Hilliard pliers to place an initial 1-mm projection pressing against the labial surface of tooth No. 24, in the incisal third. This position of the “bump” in the plastic would provide for a force that would tip the tooth lingually. The patient was instructed to wear the aligner full time except during eating, drinking, and tooth brushing.

After 3 weeks, movement of about 1 mm was observed. The pliers were adjusted, using the hex screw in the plier handle to increase the size of the projection to 2 mm (Figure 6).
The patient was re-evaluated one month later, and it was observed that the incisal edge of tooth No. 24 was in alignment with the other lower anteriors. However, the cervical area was still slightly more labial. A new PVS impression was taken. The stone model was “blocked out” on the lingual of tooth No. 24 with Triad gel, but only on the gingival half. This allowed for the plastic to “hold” the incisal at its present position while at the same time allowing for a torquing movement lingually. A 1-mm projection was placed in the plastic, this time against the gingival third of tooth No. 24. This position would cause a torquing force and allow the cervical area of the tooth to move lingually.
After 3 months of active treatment tooth No. 24 was tipped and torqued into its proper position in the arch (Figures 7a and 7b). A new impression was taken and an Essix retainer was fabricated using the same C+ material.8 The patient was instructed to wear the retainer at night.

A 26-year-old female presented with the complaint of “crooked lower front teeth.” A space analysis was performed indicating a total of 2 mm of crowding in the lower anteriors. Her chief concern was her inability to maintain good hygiene due to the crowding of her lower incisors (Figure 8). To resolve her chief complaint an Essix aligner was to be fabricated to allow for the movement of 3 lower incisors: teeth Nos. 23 and 25 to be moved 1.5 mm labially and tooth No. 24 to be moved 1.5 mm lingually.
Using an extra-thin nontapered fine diamond, 0.25 mm of interproximal enamel was re-moved from teeth Nos. 27, 26, 24, and 23, giving back an additional 1 mm of space (Figure 9). After using orthodontic separators for 3 days to open the contacts slightly around tooth No. 25, an additional 1 mm of space was attained by more interproximal enamel reduction.
After blocking out space on the model using Triad gel (Figure 10), an aligner was made on the vacuum forming ma-chine. To ensure a well-adapted appliance, a vacuum maximizer was used (Figure 11).

The Hilliard ThermoPliers was adjusted to produce a 1-mm projection. At precisely 200ºF, verified with a Hakko digital thermometer (Figure 12), the plier was used to make projections in the plastic on the labial side of tooth No. 24 and the lingual side of teeth Nos. 23 and 25. All bumps were made in the incisal third.
Follow-up appointments were made at 3-week intervals. After 6 weeks it was confirmed that all movements were progressing as desired and the targeted teeth had each moved approximately 1 mm in the desired direction. Although the plastic appliance was acting as a retainer at that position, the projections were no longer affecting any further movement. An increase of the force on the 3 targeted teeth was induced by adjusting the hex screw on the pliers to effect a slightly deeper projection in the plastic (approximately 0.5 mm additional depth).

After 12 weeks of active treatment, the lower incisors were well aligned (Figures 13a and 13b). A new impression was made and a canine-to-canine Essix retainer was fabricated.8 The patient was instructed to wear the retainer full time for the next 2 months except when eating, drinking, and brushing her teeth. After that time she was instructed to wear it only at night.

Clear plastic aligners can resolve adult patients’ complaints of lower anterior crowding without using fixed orthodontic appliances. This article has reported on the use of Essix C+ plastic sheets in conjunction with Hilliard ThermoPliers for minor tooth movement. The ability to fabricate and quickly adjust the plastic aligners in the office allows for a relatively inexpensive alternative to the commercially made aligners for the correction of minor anterior crowding.

Dr. Davidowitz received his DDS degree from the New York University College of Dentistry in 1978. For the past 29 years, he has maintained a private practice in comprehensive dentistry, with special emphasis on orthodontics and aesthetics, in Brooklyn, NY. He is an assistant clinical professor in the international aesthetics program at NYU College of Dentistry and is also a faculty member of its cariology and comprehensive care departments. He can be reached at (718) 376-1606 or gd33@nyu.edu. 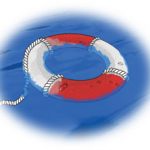