A Successful Approach to Whitening Without Dentinal Sensitivity

My wedding is coming up, and I’d like to have my teeth whitened, but my teeth are so sensitive that I’m scared it will hurt too much,” or “I have an important presentation to make and would like a brighter smile, but friends tell me that the whitening process will leave my teeth very sensitive.”

As a dental practitioner I hear these kinds of comments frequently from patients who want whiter teeth but don’t want to end up with uncomfortable sensitivity. Increased tooth sensitivity is a primary side effect of whitening agents, reported by more than 50% of patients in some clinical trials.1,2 Even when using tooth-whitening products with lower sensitivity formulations, some patients still suffer from sensitivity (or fear that they will). Clearly, there is need to address the dentinal sensitivity problem and to try to make every effort to prevent or avoid it—in patients seeking whitening and in the 45 million Americans estimated to suffer from dentinal hypersensitivity for other reasons.

Key elements involved in the development of dentinal hypersensitivity include the following: (1) gingival recession and root exposure, (2) breaching of the cementum covering the root dentin by erosion and abrasion, and (3) inability of saliva to repair the breach largely because of a lack of sufficient remineralization capability and/or insufficient flow. Gingival recession is a particular problem because, according to a recent study, recession of 1 mm or more in one or more sites is present in 50% of people between the ages of 18 and 64 (Figure 1).3 The presence and severity of gingival recession should be taken into consideration prior to any whitening procedures.

These observations are consistent with the explanation of dentinal sensitivity provided by Brannstrom6 in his hydrodynamic theory, which proposes dryness, cold, touch, or osmotic pressure triggers a pain response in open dentinal tubules by influencing the movement of the dentinal fluid with which they are filled.6 When the movement is transmitted to nerve fibers in the pulp, the patient feels pain (Figure 3).

There are a few methods of addressing tooth sensitivity. The major desensitizing, over-the-counter toothpastes typically rely on potassium nitrate. This compound is thought to work by depolarizing the nerve fibers associated with the odontoblasts at the base of the dentinal tubules next to the pulp. However, in order for depolarization to occur, a significant number of potassium ions need to penetrate the tubules against the outward flow of the dentinal fluid and reach the pulpal nerve fibers. To be effective, constant depolarization would need to occur, which is not likely to be physiological.

The best method of decreasing sensitivity is to seal and plug the dentinal tubules, thereby preventing the movement of dentinal fluid and preventing pain. Fluoride is commonly used to try to seal tubules, but fluoride is effective only to a limited extent. By itself, it takes a long time to work. Furthermore, to seal tubules effectively, fluoride needs calcium and possibly phosphate from a source such as saliva. If there is little or no saliva, fluoride appears to have a reduced effect. To seal the tubules with fluoride adequately, an alkaline environment, a source of calcium, and an anion such as phosphate or carbonate are needed. Because of this, the uptake of   fluoride is likely to be interrupted by environmental changes that commonly occur in a dental patient’s mouth.

A NEW APPROACH TO SENSITIVITY

Research in saliva chemistry has led to the development of a desensitizing complex that mimics saliva’s natural ability to seal and plug open dentinal tubules and to do so rapidly. Findings by a research group led by Dr. I. Kleinberg, distinguished professor and chairperson of the Department of Oral Biology and Pathology at Stony Brook University, provided the basis for designing this unique complex, which contains arginine (a vital amino acid and a key substrate in saliva responsible for alkali generation) as well as calcium and bicarbonate/carbonate. When the highly soluble arginine bicarbonate is combined with the poorly soluble calcium carbonate, an alkaline paste-like complex is formed. This complex, called SensiStat, immediately plugs and seals a tooth’s open dentinal tubules, thereby eliminating or reducing the sensitivity in that tooth (Figure 4). Due to its alkalinity, SensiStat also reacts with the calcium and phosphate ions of the dentinal fluid, thereby making the plug contiguous with the dentinal tubule walls and more secure. Also, because of the complex’s alkaline nature, it resists the effects of mouth acids—especially those from dietary sources, including highly acidic diet sodas.

SensiStat has been incorporated into 2 desensitizing products: ProClude,  a prophylaxis paste that is indicated for the management of dentinal sensitivity while polishing the teeth, and DenClude, a prescription home-use toothpaste. Both products are manufactured by Ortek Therapeutics. Clinical trials have demonstrated that when patients have their teeth polished with ProClude, the reduction of tooth sensitivity is usually immediate and longlasting.7 According to the manufacturer, DenClude has demonstrated significant reductions in sensitivity during a 12-week study.

Many desensitizing products on the market claim to fill and occlude open dentinal tubules. Filling tubules is not uncommon, as can be seen in an electron micrograph. However, to be effective, adherence to the tubule walls and sealing of the tubules must occur. If not, pain-causing stimuli can still reach the pulp. Testing by hydraulic conductance, a method developed by Greenhill and Pashley, is essential for determining whether there is dentinal fluid leakage and tubule sealing8 (Figures 5a and 5b). It has been demonstrated that desensitizing medicaments containing SensiStat greatly reduce such fluid conduction.

We now recommend that patients begin a ProClude-DenClude treatment prior to undergoing either in-office or at-home whitening. One week to 10 days before a patient comes in for an in-office whitening procedure with Zoom (Discus Dental), we recommend a prophylaxis treatment using ProClude (Figure 6). Many patients who have previously had problems with sensitive teeth report to us that this 1-time application of ProClude makes a profound difference: their sensitivity is diminished or eliminated even before they leave the office. In addition, we recommend that the patient also brush with DenClude at home twice a day, and when doing so, swish with the DenCludetinged saliva for 30 seconds before expectorating. We further recommend that patients not rinse, drink, or eat for 30 minutes after spitting out the toothpaste to give the SensiStat compound a chance to be absorbed by the teeth and fill open dentinal tubules.

With the at-home whitening, the ProClude-DenClude protocol is even more important. When we whiten a patient’s teeth in the office, any of the root surfaces that are exposed are covered with a protective covering (Figure 7). However, with at-home whitening, the patient uses a custom tray that can leave some root surfaces exposed and therefore at greater risk of becoming sensitive.

We have found that when a patient has a prophylaxis office treatment with ProClude and then uses DenClude at home, there is a greatly reduced incidence of tooth sensitivity. With this method, we can whiten even the most sensitive of patients, which has been a big practice builder. In more than 50 in-office Zoom procedures that we have performed using this treatment formula, we have obtained excellent results, and our patients have told their friends and others about their treatment. Due to these patient “referrals,” we frequently get calls from new patients wanting the “sensitivity-free whitening system,” and we are more than happy to help out.

Dr. Rosen practices general dentistry in Lynbrook, NY. He is a 1983 graduate of NYU College of Dentistry. Dr. Rosen’s focus is cosmetic and restorative dentistry. He has lectured on new methods to reduce and prevent dentinal sensitivity and caries. He can be reached at (516) 887-0008 or Rosendds@optonline.net. 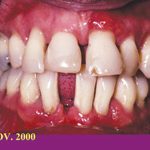 Previous post Management of the Terminal Dentition With a Bar-Supported Overdenture and a Fixed Overdenture: A Case Report 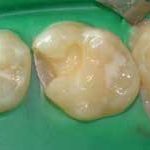