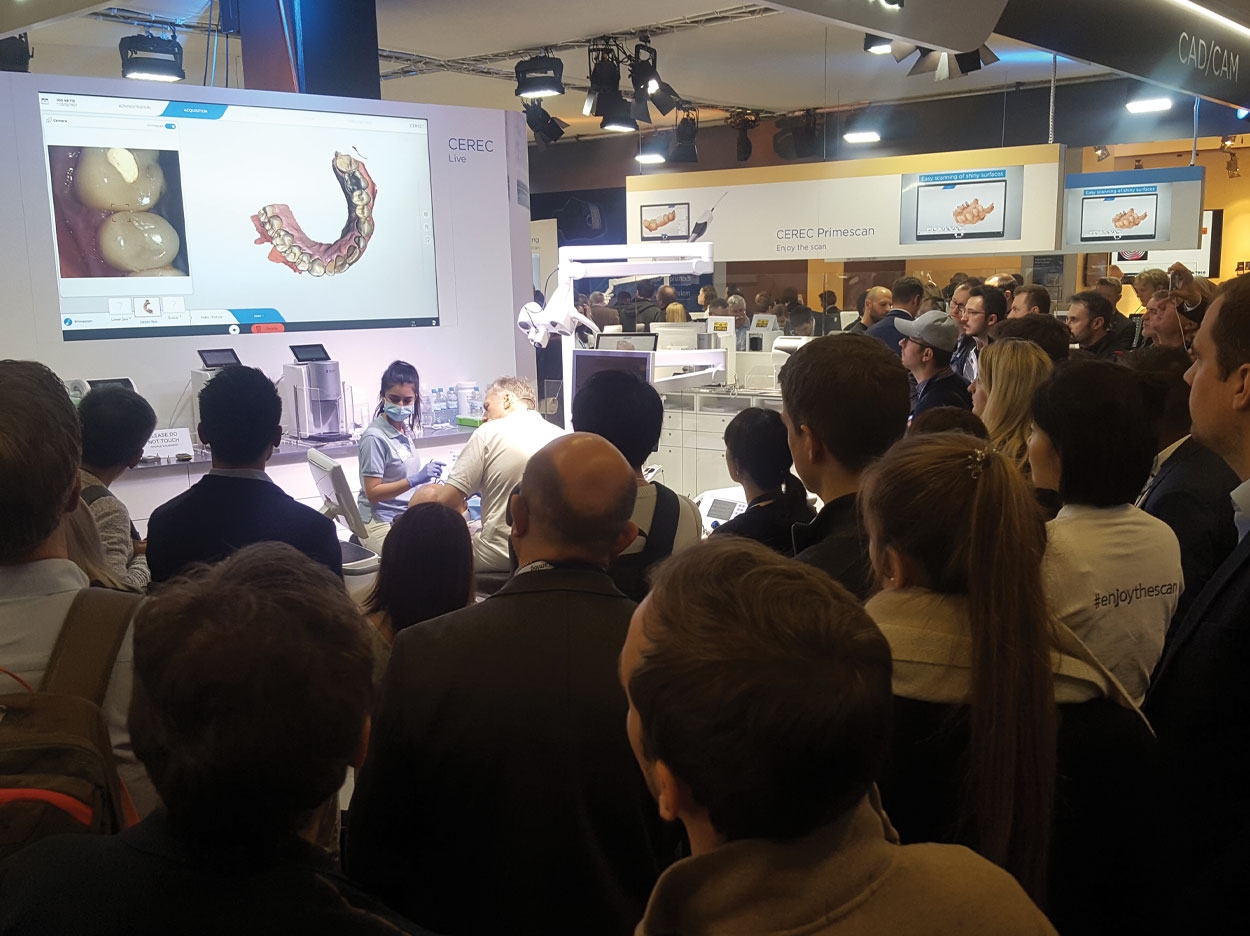 Digital impressions took an interesting step. In addition to improving current products, companies are looking to expand the use of these devices beyond restorative processes.

The largest dental show in the world is the International Dental Show (IDS), held every other year in Cologne, Germany. It is a unique experience where you can see new and upcoming products from around the world well before they arrive in the United States. The design and size of manufacturers’ booths can only be described as amazing. In addition to the array of products, many of the manufacturers served food and beverages, some had live music, and one actually had a roulette table. Although there were no official CE courses, there were many product demonstrations, including live dentistry (some right in the booths), as well as short talks. Of course, as an international show, all of the exhibitors wore flag pins of the countries representing the language(s) they speak. IDS 2019 ran for 5 days and exhibited 2,327 companies from 64 countries. More than 160,000 trade visitors from 166 countries were in attendance, and the exhibition space was 1.8 million square feet! The next IDS—the 39th International Dental Show—is scheduled to take place March 9 to March 13, 2021.

Several products and processes were shown in prototype stages to give us a glimpse of our future. Among the most interesting to me was some expanded use of 3-D printing. Lithoz (lithoz.com) presented a 3-D printed zirconia crown. I would have to call this a proof of concept, as the cost and time of actual printing was far from cost effective, but it looked great. The company’s printers mainly print ceramics, and they showed some very intricate printed products. The other prototypes at the show that raised a lot of eyes were clear aligners shown by EnvisionTEC and the French company 3D-TOTEM (3d-totem.fr/en) (but only if asked). Currently, the process of creating aligners is performed with printed models and “suck-down,” clear acrylic. If we could skip that step, the process would be faster; cheaper; and, perhaps, something for in-office manufacturing. To me, the most impressive find was Graphy (itgraphy.com), which had a resin (Tera-Harz T85DAL) it claimed could be used with almost any printer. I took a sample around to some of the printer companies, and they were quite impressed. I will be following this closely. If a lab or office was to use this resin, they would, of course, need software not only for the design of the aligners but also to set up the orthodontic case. One company from France, Orth’Up (c4w.com), demonstrated this type of software, and the product costs well under $8,000. To quell this excitement, a lot of time (and training) would be required for an in-office solution in terms of designing and printing, and it would probably require at least one employee to take charge of the whole process. Still, just as one-visit dentistry requires a period of time for ROI, it seems feasible.

Digital impressions took an interesting step. In addition to improving current products, companies are looking to expand the use of these devices beyond restorative processes. TRIOS 4 (3shape), iTero Element 5D (Align Technology) and Planmeca Emerald S all added caries detection to their scans. All 3 of these scanners can transilluminate the teeth, and TRIOS 4 can also do an additional scan using fluorescence. The iTero Element 5D does this simultaneously during a 3-D scan, while the other 2 need a different head and a second scan. The results look similar to the Air Techniques CamX Spectra, Acteon SOPROCARE/LIFE, DEXIS CariVu, and Digital Doc LUM products. I would be remiss in not mentioning here one of my favorite transillumination products, the AdDent Microlux Transilluminator, which, by the way, lists at less than $300 (addent.com). Other features of these 3 scanners include programs that do comparisons of prior patient scans. This is a powerful diagnostic and patient education tool, showing things like advancing occlusal wear, increasing abrasion/abfractions, and more. Other software has been added, such as smile design, orthodontic analysis, advanced bite registration (including TRIOS’ recording of lateral excursions), and more.

Just prior to the IDS, Dentsply Sirona introduced Primescan, the totally revamped scanner that replaces the popular CEREC Omnicam. This booth was one of the most crowded from dawn to dusk while the new scans flew across the arches. It was also quite impressive: It has the ability to clearly view into a deep sulcus, improved margin marking, and a very good “ignore” function for soft-tissue artifacts. Carestream Dental gave a sneak peek at the new CS 3700 scanner, while Straumann showed a new version of the Dental Wings Virtuo Vivo scanner (which has direct integration with ClearCorrect). GC America showed an updated Aadva, and a few new, unreleased prototypes were in from Vatech and KaVo. VOCO continues to develop its new scanner that is purported to be able to see through tissue. Also, 3Disc showed its new Heron, and several others will be flooding the marketplace, promising a lower cost. The most notable “newcomer” is Medit. The company has been selling its Medit i500 scanner in the United States at a cost well under $20,000 for more than a year. This scanner is fast and accurate and has improved its software, thanks in part to a relationship with exocad and, soon, Straumann CARES. I must say that there were many people at Medit’s booth from competitive companies who wanted to see what the buzz was all about.

There is much more to review here, including more advances in 3-D printing from companies we are familiar with, such as VOCO, Planmeca, and Kulzer, as well as new models from Formlabs and SprintRay. The larger industrial 3-D printing companies, such as EnvisionTEC, Asiga, 3D Systems, and others, also have numerous units for in-office use. Stay tuned for more details on these and other new and upcoming technology products. 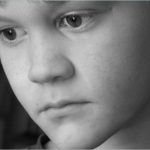 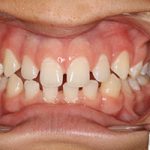