In a previous study, a freshly exfoliated primary molar that had a mesial surface caries lesion was positioned in dental stone against an extracted third molar to simulate the intraoral condition.1 A segment of a leather shoelace was placed between the teeth, simulating interproximal gingival tissue. A soft dental pick dipped in Advantage Arrest 38% Silver Diamine Fluoride solution (Elevate Oral Care) was inserted between the teeth for two 60-second applications. After cutting away the third molar and trimming 1 to 2 mm of the primary molar’s mesial surface with a sandpaper disk, the lesion was seen to be black, indicating that the SDF had soaked into the caries wound.

Since 2016, in the senior author’s (TPC) pediatric dentistry practice, dental soft pick delivery of 38% SDF has been used routinely to attenuate beginning proximal decalcification and caries lesions in posterior teeth that are obvious on bite-wing radiographs.1,2 This report offers a protocol for the use of that method for a teenager and documents treatment and a 13-month followup.

CASE REPORT
Bite-wing radiographs in a “non-flossing” 15-year-old boy revealed many proximal surface caries lesions of various extents in the premolars and molars (Figure 1, left film). The maxillary first and second premolars had lesions showing radiographic evidence of infection involving dentin. Those 2 premolars were restored with bonded Class II ACTIVA BioACTIVE-RESTORATIVE material (PULPDENT) with TheraCal LC liners (BISCO Dental Products).3 All other posterior-contacting tooth surfaces were treated with SDF saturation using dental soft picks. The restorative treatment and SDF results at 6 months are shown in the middle film of Figure 1. At that time, the application of an SDF soft dental pick, followed by fluoride varnish, was completed once more for all proximal sites. At 13 months, a new bite-wing film was recorded (Figure 1, right film). (Overlaps on the right film were acknowledged but did not hinder diagnosis.)

SDF is pictured in Figure 2. Soft dental picks that were soaked in SDF in a dappen dish are shown in Figure 3. One can see the fluid clinging to the tips. The method for applying SDF to contacting proximal posterior surfaces is documented for this patient in Figures 4 to 7.

Treatment
After restoring the maxillary premolars as described by Croll and Lawson,3 all maxillary and mandibular posterior teeth were flossed, and debris was cleared with water/air spray. Each interproximal site was soaked with 38% SDF delivered by the insertion of a soft dental pick (Figure 4). A small applicator tip dipped in the SDF solution was then used to deliver more solution along each sluiceway (Figure 5). Each pick was slightly moved in and out several times to agitate the fluid and to spread it physically and by capillary action. The picks remained in place for 60 seconds. Then 5% fluoride varnish was painted liberally over the treatment field, ensuring flow into the proximal sites (Figures 6 and 7). (Note that 2.5% sodium fluoride varnish (FluoriMax [Elevate Oral Care]) can also be used for this purpose.) The dental picks were then removed, and the patient occluded on a 2- × 2-in cotton gauze for a few minutes to avoid immediate salivary dilution of the varnish.

CONCLUSION
We consider the varnish application important. The fluoride varnish’s viscous nature covers the SDF fluid and will logically prevent saliva from diluting it. By the time the varnish cover dissipates, the SDF has its optimum effect. In addition, the concentrated fluoride varnish has its usual purpose of remineralizing the enamel regions on which it is applied. Two telling in vitro microscopic studies at the University of Texas at San Antonio elucidated the action of SDF in caries lesions and the surrounding enamel.4,5 In an artificial caries solution model, it was shown that there was “penetration of SDF only into the lesions, while no penetration was noted into the sound enamel, supporting the idea that SDF cannot substitute for fluoride gel or varnish to prevent demineralization.”5 Apparently, the 2 fluoride solutions give the optimum preventive effect.

Dr. Croll is clinic director of Cavity Busters Doylestown in Doylestown, Pa; an adjunct professor of pediatric dentistry at the University of Texas Health Science Center at San Antonio (UT Health San Antonio) School of Dentistry; and a clinical professor of pediatric dentistry at the Case Western Reserve University School of Dental Medicine. He can be reached at willipus@comcast.net.

Dr. Berg is professor emeritus of the Department of Pediatric Dentistry at the University of Washington School of Dentistry. He can be reached at execudent@msn.com.

Dr. Donly is professor and chair of the department of developmental dentistry at UT Health San Antonio. He can be reached at donly@uthscsa.edu.

Disclosure: The authors report no disclosures. 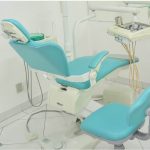 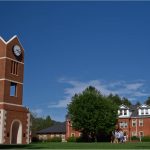