Researchers Grow “Bone in a Dish” in 72 Hours 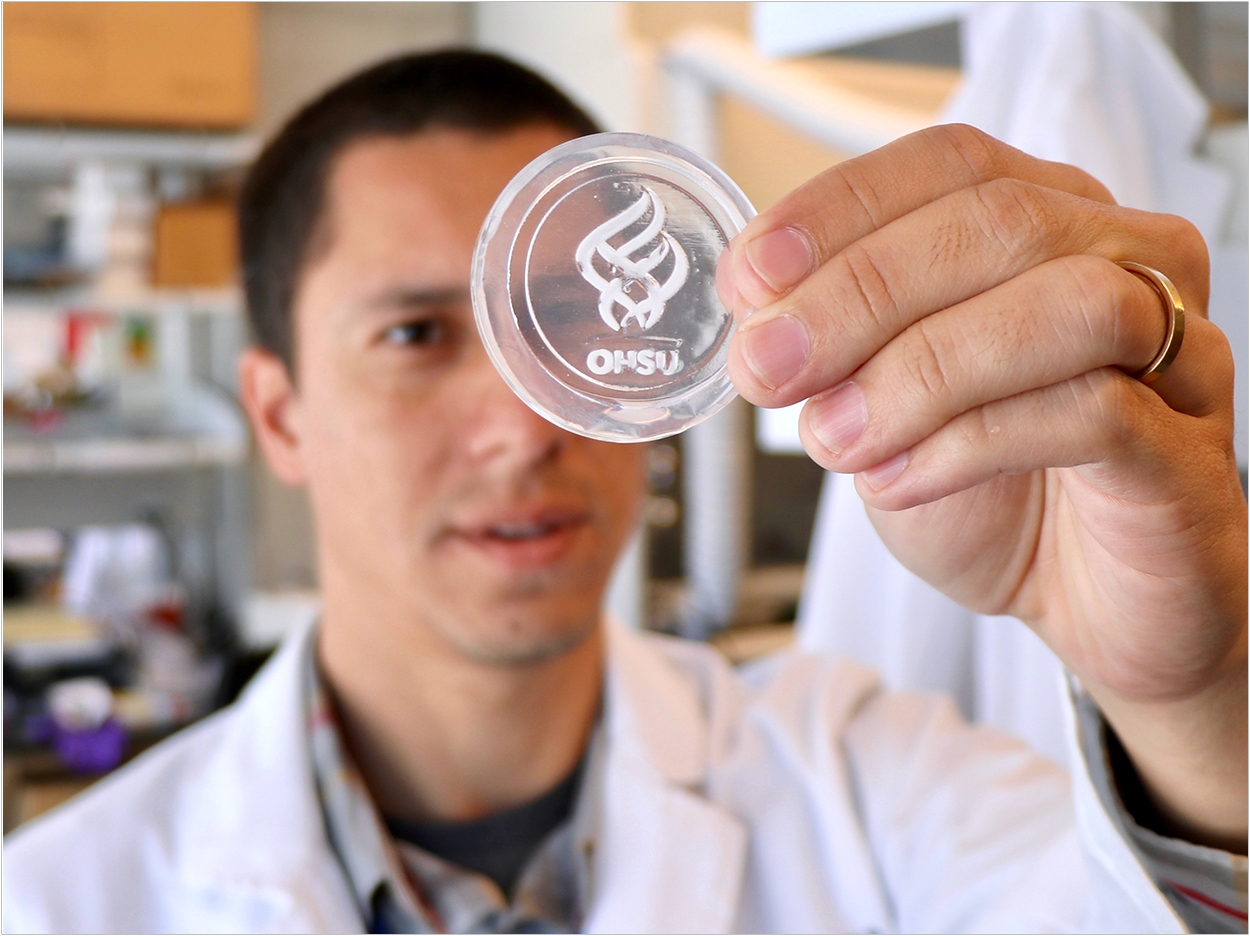 Researchers at Oregon Health and Science University (OHSU) have engineered a material that replicates human bone tissue with an unprecedented level of precision, they report, from its microscopic crystal structure to its biological activity. They are using it to explore fundamental disease processes such as the origin of metastatic tumors in bone and as a treatment for large bone injuries.

“Essentially it is a miniaturized bone in a dish that we can produce in a matter of 72 hours or less,” said biomedical engineer Luiz Bertassoni, DDS, PhD, an assistant professor at the OHSU School of Dentistry and a member of the Cancer Early Detection Advanced Research Center (CEDAR) at the OHSU Knight Cancer Institute.

Like real bone, the material has a 3-D mineral structure populated with bone cells, nerve cells, and endothelial cells that self-organize into functioning blood vessels.

“What is remarkable is that researchers in our field have become used to cultivating cells within a protein mixture to approximate how cells live in the body. But this is the first time anyone has been able to embed cells in minerals, which is what characterizes the bone tissue,” Bertassoni said.

And that’s what makes the new material promising as a model to study bone function, diseases, and bone regeneration, the researchers said.

“With this model system, you can start asking questions about how bone cells attract different types of cancers, how cancer cells move into bone, how bone takes part in the regulation of marrow function,” said Bertassoni.

“It can even be relevant to dissect the mechanisms that are leading to diseases such as leukemia,” he added. “Being able to engineer truly bone-like tissues in the lab can also be transformative for regenerative medicine since the current treatment for large bone fractures requires the removal of the patient’s own healthy bone so that it can be implanted at the site of injury.”

The bone begins with the mixing of human stem cells into a solution loaded with collagen. The collagen proteins link together, forming a gel embedded with the stem cells. The researchers then flood the gel with a mixture of dissolved calcium and phosphate, the minerals of bone.

Next, the researchers add osteopontin protein derived from cow milk to keep the minerals from crystalizing too quickly. This additive, which clings to calcium and phosphate, also minimizes the minerals’ toxicity to cells.

The mixture diffuses through a network of channels about the width of a strand of DNA in the spongey collagen, and the dissolved minerals precipitate into orderly layers of crystals.

“We can reproduce the architecture of bone down to a nanometer scale,” said Bertassoni. “Our model goes through the same biophysical process of formation that bone does.”

In this calcified environment, stem cells develop into functioning bone cells, osteoblasts and osteocytes, without the addition of any other molecules as if they knew they were being embedded in an actual bone matrix.

Within days, the growing cells squeeze slender protrusions through spaces in their mineralized surroundings to connect and communicate with neighboring cells. The bone-like engineered structure creates a microenvironment that is sufficient to cue stem cells that it’s time to mature into bone cells.

“It’s nature doing its job, and it’s beautiful,” said Bertassoni. “So, we went farther and decided to try it with the bone vasculature and innervation as well.”

To test the usefulness of the material as a disease model, the researchers implanted their engineered bone beneath the skin of laboratory mice. After a few days, the lab-made blood vessels had connected with the vasculature in the mouse bodies.

When the researchers injected prostate cancer cells nearby, they found that tumor growth was three times higher in the mice given mineralized bone constructs than in those with the non-mineralized controls.

The researchers now are engineering versions with marrow cells growing within a surrounding of artificial bone for use as a model to study the initiation and development of blood cancers including the various forms of leukemia. They also have tested the material as a replacement for injured bone in animal models with positive results they expect to report in the near future. 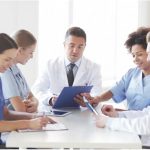 Previous post What Happens When Your Dental Staff Changes? 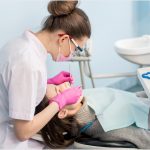