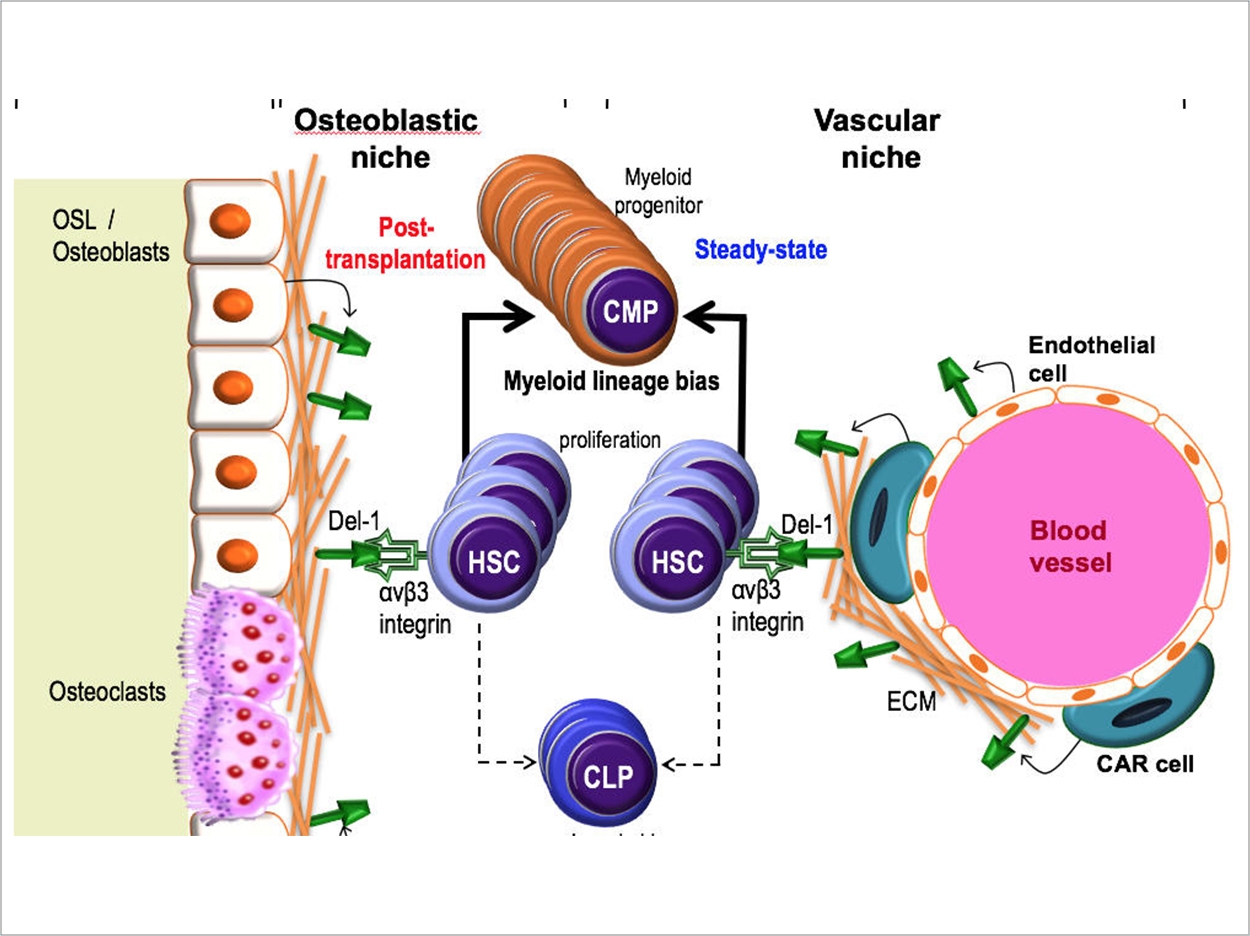 A protein called Del-1 prevents inflammatory cells from moving into the gums, making it a potential drug target for gum disease. It also plays a role in regulating hematopoiesis, which is the creation of new blood cells, meaning it could be part of improving stem cell transplants for both donors and recipients and in enhancing immune cell production in patients with certain blood cancers, according to researchers at the University of Pennsylvania and the Technical University of Dresden.

“Because the hematopoietic stem cell niche is so important for the creation of bone marrow and blood cells and because Del-1 is a soluble protein and is easily manipulated, one can see that it could be a target in many potential applications,” said George Hajishengallis, DDS, PhD, the Thomas W. Evans Centennial Professor in the Department of Microbiology at Penn’s School of Dental Medicine and a senior author of the study. Hajishengallis was among the researchers who had discovered Del-1’s influence on gum inflammation as well as its presence in bone marrow.

“In the beginning, I thought it would have a simple function, like regulating the exit of mature leukocytes [white blood cells] from the marrow into the periphery,” said Hajishengallis, “something analogous to what it was doing in the gingiva. But it turned out it had a much more important and global role than what I had imagined.”

Del-1 is expressed by at least 3 cell types in the bone marrow that support hematopoietic stem cells: endothelial cells, CAR cells, and osteoblasts. Using mice deficient in Del-1, the researchers found that the protein promotes proliferation and differentiation of hematopoietic stem cells, sending more of these progenitor cells down a path toward becoming myeloid cells such as macrophages and neutrophils, rather than lymphocytes such as T cells and B cells.

In bone marrow transplant experiments, the researchers found that the presence of Del-1 in recipient bone marrow is required for the transplanted stem cells to engraft in the recipient and to facilitate the process of myelopoiesis, the production of myeloid cells. When the researchers mimicked a systemic infection in mice, animals deficient in Del-1 were slower to begin making myeloid cells again compared to those with normal Del-1 levels.

“We saw roles for Del-1 in both steady state and emergency conditions,” said Hajishengallis.

The researchers identified the protein on hematopoietic stem cells with which Del-1 interacts, the ß3 integrin, perhaps pointing to a target for therapeutic interventions later. They also see potential applications in bone marrow and stem cell transplants for both donors and recipients.

In donors, blocking the interaction between Del-1 and hematopoietic stem cells could enhance the mobilization of those progenitors into the bloodstream, which would be helpful for increasing donor cell numbers for transplantation. Transplant recipients, on the other hand, may need enhanced Del-1 interaction to ensure the transplanted cells engraft and begin making new blood cells more rapidly.

Also, people undergoing chemotherapy who develop febrile neutropenia, associated with low levels of white blood cells, might benefit from the role of Del-1 in supporting the production of immune-related blood cells such as neutrophils.

“It’s easy to think of practical applications for these findings,” said Hajishengallis. “Now we need to find out whether it works in practice, so our studies continue.”

The study, “Secreted Protein Del-1 Regulates Myelopoiesis in the Hematopoietic Stem Cell Niche,” was published by The Journal of Clinical Investigation. 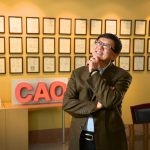 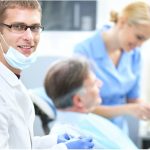 Next post Yes, Millennial Dentists Can Open Their Own Practices
0 Shares