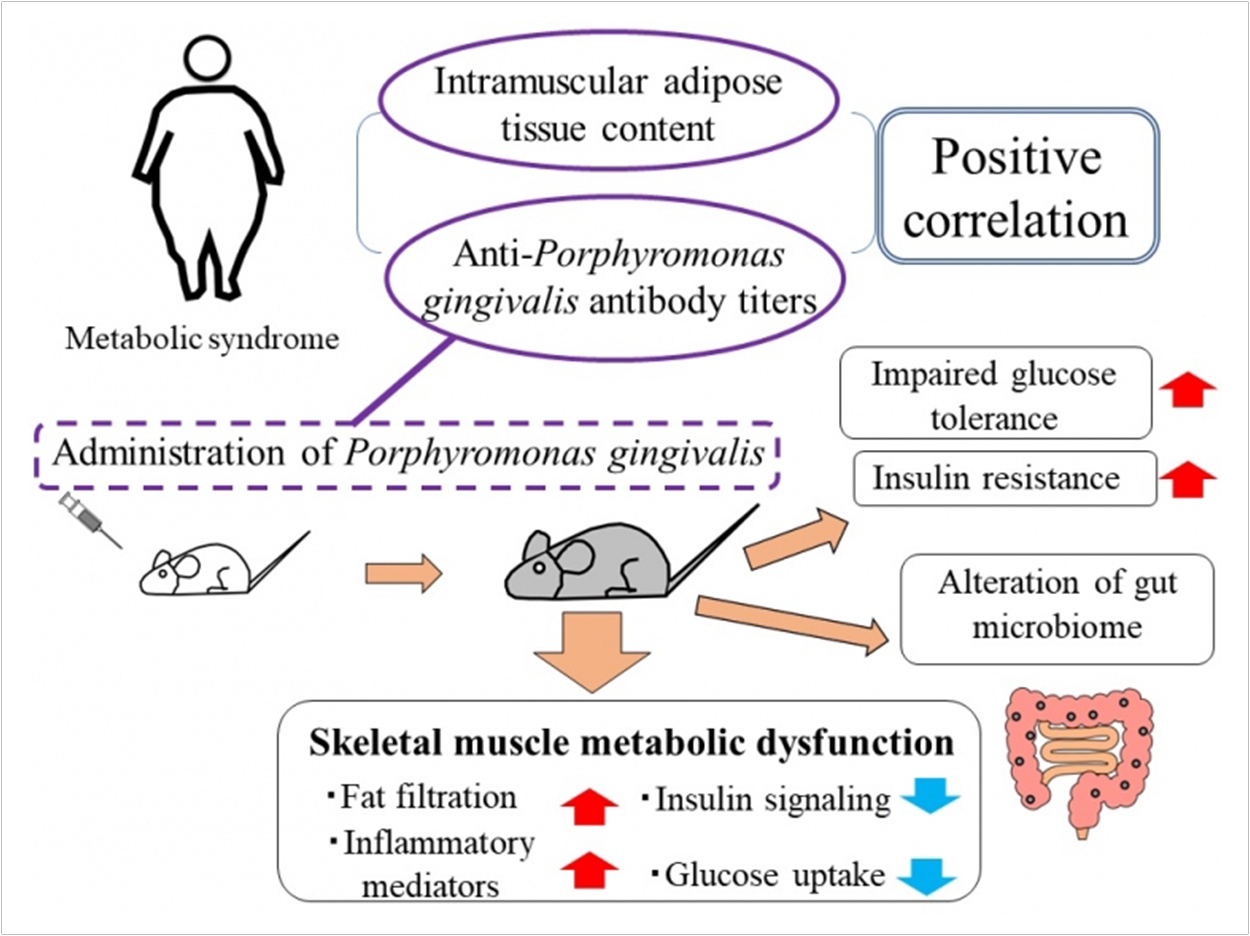 Infection with Porphyromonas gingivalis, the bacterium that causes periodontal disease, causes skeletal metabolic dysfunction, the precursor to metabolic syndrome, by altering the composition of the gut microbiome, according to Tokyo Medical and Dental University.

Periodontal bacteria have long been known to cause inflammation within the oral cavity, but also systemically increase inflammatory mediators. Sustained infection with periodontal bacteria can then lead to increases in body weight and insulin resistance, a hallmark of type 2 diabetes, the researchers said.

Insulin helps shuttle glucose from the blood into tissues, most importantly to skeletal muscles, where one quarter of all glucose is stored. Insulin resistance plays a key role in the development of metabolic syndrome, a group of conditions including obesity, altered lipid metabolism, high blood pressure, high blood glucose levels, and systemic inflammation.

Although skeletal muscle plays a key role in decreasing blood glucose levels, a direct connection between periodontal bacterial infection and the metabolic function of skeletal muscle has not been established yet.

“Metabolic syndrome has become a widespread health problem in the developed world,” said first author Kazuki Watanabe. “The goal of our study was to investigate how periodontal bacterial infection might lead to metabolic alterations in skeletal muscle and thus to the development of metabolic syndrome.”

The researchers first investigated antibody titers to P gingivalis in the blood of patients with metabolic syndrome and found a positive correlation between antibody titers and increased insulin resistance.

These results showed that patients with metabolic syndrome were likely to have undergone infection with P gingivalis and thus have mounted an immune response yielding antibodies against the germ.

Next, the researchers gave mice that were fed a high-fat diet, a prerequisite to developing metabolic syndrome, P gingivalis by mouth. The mice developed increased insulin resistance as well as fat infiltration and lower glucose uptake in the skeletal muscle compared to mice that did not receive the bacteria.

To determine how the bacteria caused systemic inflammation and metabolic syndrome, the researchers focused on the gut microbiome, which was significantly altered in the mice who received P gingivalis. The researchers believe these alterations might decrease insulin sensitivity.

“These are striking results that provide a mechanism underlying the relationship between infection with the periodontal bacterium Porphyromonas gingivalis and the development of metabolic syndrome and metabolic dysfunction in skeletal muscle,” said corresponding author Sayaka Katagiri. 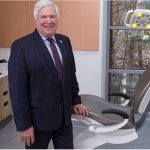 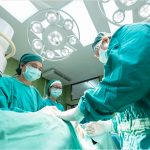