The children of parents who live to a ripe old age are more likely to live longer themselves and are 25 percent less likely to get cancer, research shows.

For a new study, scientists compared the children of long-lived parents to children whose parents survived to average ages for their generation.

“The unique detailed longitudinal data available in the HRS (Health and Retirement Study) allowed us to quantify the possible health benefits of having healthy and long-lived parents,” said Kenneth Langa, professor of internal medicine, gerontology, and health management and policy at the University of Michigan.

“The considerable benefits that we found in our study—both in terms of decreased cancer risk and longer lifespan—need to be followed up and confirmed in additional studies with more detailed genetic information so we can better pinpoint the potential links between healthy long-lived parents and their healthy long-lived kids.”

For the study, long-lived mothers were classified as those who survived past 91 years old, as compared to those who reached average age spans of 77 to 91 years. Long-lived fathers lived past 87 years old, compared with the average of 65 to 87 years.

Researchers looked at 938 new cases of cancer that developed during the 18-year follow-up period and found overall mortality rates dropped by up to 19 percent for each decade that at least one of the parents lived past the age of 65. For those whose mothers lived beyond 85, mortality rates were 40 percent lower.

The figure was a little lower (14 percent) for fathers, possibly because of adverse lifestyle factors such as smoking, which may have been more common among fathers.

The study, published in the Journal of Gerontology: Medical Sciences, analyzed data from a series of interviews conducted with 9,764 people taking part in the Health and Retirement Study. The participants were based in the US and were followed from 1992 to 2010. They were interviewed every two years, with questions including the ages of their parents and when they died. In 2010, the participants were in their 70s.

“Previous studies have shown that the children of centenarians tend to live longer with less heart disease, but this is the first robust evidence that the children of longer-lived parents are also less likely to get cancer,” said William Henley of the University of Exeter Medical School. “We also found that they are less prone to diabetes or suffering a stroke.

“These protective effects are passed on from parents who live beyond 65—far younger than shown in previous studies, which have looked at those over the age of 80. Obviously, children of older parents are not immune to contracting cancer or any other diseases of aging, but our evidence shows that rates are lower. We also found that this inherited resistance to age-related diseases gets stronger the older their parents lived.”

From a nature versus nurture perspective, the study found no evidence that these health advantages are passed on from parents-in-law, said Ambarish Dutta, who worked on the project at the University of Exeter Medical School.

“Despite being likely to share the same environment and lifestyle in their married lives, spouses had no health benefit from their parents-in-law reaching a ripe old age,” Dutta said. “If the findings resulted from cultural or lifestyle factors, you might expect these effects to extend to husbands and wives in at least some cases, but there was no impact whatsoever.”

In analyzing the data, the team made adjustments for sex, race, smoking, wealth, education, body mass index, and childhood socioeconomic status. They also excluded results from those whose parents died prematurely (i.e., mothers who died younger than 61 or fathers younger than 46).

The study did not look at various subgroups of cancer since numbers did not allow accurate estimates. It was carried out in preparation for a more detailed analysis of factors explaining why some people seem to age more slowly than others. Future work will use the UK Biobank, which analyzes a cohort of 500,000 participants.

Researchers from the University of Iowa and the Institut National de la Santé et de la Recherche Médical contributed to the study. 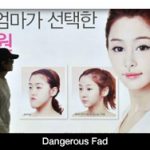 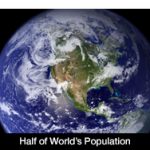