South Koreans have recently gone to a new extreme for aesthetic purposes. The current trend sweeping through the country among women is a procedure to reduce the jaw size.

But dental experts want people to know the danger associated with such a procedure. The specifics include cutting the jawbone tissue to realign the upper and lower jaws, with the goal being to make the face look smaller.

There are advertisements throughout the country portraying the enhanced beauty that results from the surgery. These ads never mention the unnecessary harmful situation these women are putting themselves in.

The problems with the surgery stem from the fact that it changes the entire bone structure of the face. It’s much more drastic than even Botox or a nose job.

A recent study documented about 5,000 cases of this type of procedure each year. About 52 percent of the women encountered major sensory problems after the surgery. Some of the other problems include misaligned teeth, chewing issues and jaw pain. There was even a case in which a woman committed suicide after surgery based on the depression she felt from serious jaw pain. The pain was so intense she was unable to eat. 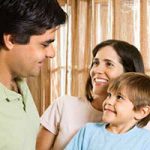