Fatty acids from bacteria present in gum disease may cause Kaposi’s sarcoma (KS)-related lesions and tumors in the mouth.

The information comes from a study by Case Western Reserve University. The researchers analyzed how byproducts in the form of fatty acids cause the growth of the lesions.

This finding could result in early saliva testing for bacteria. The person could then possibly be treated for signs of cancer or cancer before it would become malignant.

The information appears in the Journal of Virology.

The study primarily looks at the bacteria Porphyromonas gingivalis and Fusobacterium nucleatum, both of which are connected to gum disease. People with periodontal disease show high levels of these bacteria in their saliva.

KS affects many people with HIV because their immune systems can’t battle many infections. KS initially appears as lesions on the mouth that could turn into malignant tumors. Early detection is a key to surviving the disease.

The goal of this study was to pinpoint why most people don’t develop this type of cancer and what it is that spares them from it.

Numerous aspects of the saliva of each participant were studied. The research team was interested in the two bacteria, specifically, in addition to five short-chain fatty acids.

After first testing the byproducts, researchers concluded the fatty acids impacted the replication KS. They then introduced clean versions of the fatty acids into cells with the KS virus to see what the reaction was. Essentially, the body was prevented from trying to stop the growth of KS.

The study magnifies the importance of oral health for people with HIV. 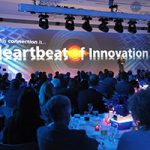 Next post Predictable Tooth Replacement in the Aesthetic Zone
0 Shares