This condition is known as cardiac arrhythmia and is linked with heart failure and sudden cardiac death.

Reported online in the journal Nature, the discovery helps explain why diabetes is a significant independent risk factor for heart disease.

“The novel molecular understanding we have uncovered paves the way for new therapeutic strategies that protect the heart health of patients with diabetes,” said Donald Bers, chair of the pharmacology department at University of California, Davis and senior author of the study.

While heart disease is common in the general population, the risk is up to four times greater for diabetics, according to the National Institutes of Health. The American Heart Association estimates that at least 65 percent of people with diabetes die from heart disease or stroke and has emphasized the need for research focused on understanding this relationship.

Through a series of experiments, Bers, his team, and their collaborators at Johns Hopkins University School of Medicine show that the moderate to high blood glucose levels characteristic of diabetes caused a sugar molecule (O-linked N-acetylglucosamine, or O-GlcNAc) in heart muscle cells to fuse to a specific site on a protein known as calcium/calmodulin-dependent protein kinase II, or CaMKII.

CaMKII has important roles in regulating normal calcium levels, electrical activity, and pumping action of the heart, according to Bers. Its fusion with O-GlcNAc, however, led to chronic overactivation of CaMKII and pathological changes in the finely tuned calcium signaling system it controls, triggering full-blown arrhythmias in just a few minutes. The arrhythmias were prevented by inhibiting CaMKII or its union with O-GlcNAc.

“While scientists have known for a while that CaMKII plays a critical role in normal cardiac function, ours is the first study to identify O-GlcNAc as a direct activator of CaMKII with hyperglycemia,” Bers said.

This comprehensive approach allowed Bers and his team to identify the specific site of sugar attachment to CaMKII, along with how that attachment activated CaMKII and caused calcium-dependent arrhythmias.

“Since O-GlcNAc is directly made from glucose and serves as a major nutrient sensor in regulating most cellular processes, it is perhaps not surprising that attachment of this sugar to proteins is emerging as a major molecular mechanism of glucose toxicity in diabetes,” says Gerald Hart, professor and director of biological chemistry at Johns Hopkins University School of Medicine, and one of Bers’ collaborators.

“However, this represents the most clear-cut mechanistic study to date of how high glucose can directly affect the function of a critical regulatory protein,” Hart said. “The Bers group’s findings undoubtedly will lead to development of treatments for diabetic cardiovascular disease and, potentially, therapeutics for glucose toxicity in other tissues that are affected by diabetes such as the retina, the nervous system and the kidney.”

In an additional experiment, the team found elevated levels of O-GlcNAc-modified CaMKII in both hearts and brains of deceased humans who were diagnosed with diabetes, with the highest levels in the hearts of patients who had both heart failure and diabetes.

“One key next step will be to determine if the fusion of O-GlcNAc to CaMKII contributes to neuropathies that are also common among diabetics,” Bers said. 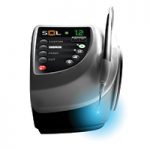 Poor Sleep in Pregnancy Could Lead to Problems