Detecting caries around amalgam restorations is challenging. Typically, older amalgam restorations may cause some marginal staining, but visually, the margins may appear intact and sound. The detection of secondary caries in its early stages is challenging,1 especially with current detection methods including radiography, explorer, and visual examination. Discoloration next to the restoration or ditched amalgam margins is not necessarily indicative of secondary caries.2

CASE EXAMPLE
In the clinical situation shared here, the patient had been complaining of pain on the mandibular right side. Visually, the restorations appeared worn, but the margins were intact (Figure 1). A bite-wing radiograph did not reveal any radiolucency around the restorations on the molar teeth (Figure 2). It is important to note that bite-wing radiographs are not always ideal for detecting enamel secondary caries,3-5 especially when they are found on occlusal and/or smooth surfaces. The restoration also inhibits the ability of radiographs to detect caries along the walls of the restoration.6 All of these factors create clinical challenges for the practitioner.

In this clinical case, we were faced with a dilemma. Do we watch and wait for further symptoms to develop? Do we remove both restorations to see if decay is present? Are there other caries detection devices that can detect caries around the amalgam margins?

Caries Detection Options
There are various caries detection devices on the market today, but they have their limitations, especially fluorescence-based devices. A number of studies have concluded that measuring fluorescence is not suitable for detecting caries around restoration margins or beneath dental sealants due to false positive readings.7-10 CLINICIANS REPORT11 found in March 2012 that existing restorations interfered with readings. Furthermore, fluorescence does not give any information about lesion size or depth, and, in addition, it does not penetrate beneath the tooth surface due to the scattering of light from stain, plaque, organic deposits, and surface features, such as pits and fissures.12,13

Caries Detection Technology to Examine Restoration Margins
For this case, we decided to use The Canary System (Quantum Dental Technologies), since it could examine the marginal interface of the amalgam and detect caries at or beneath the intact margins. We scanned the margins of the mandibular first molar with The Canary System and found a Canary Number of 76 along the disto-buccal margin; and, a Canary Number of 46 at the mesial portion of the restoration (Figure 3). Both these readings indicated that there was caries around the restoration margins. Removal of the amalgam restoration confirmed the presence of caries in both areas.

The Canary System Technology Explained
The Canary System uses energy conversion technology to image and examine the tooth. Pulses of laser light are aimed at the tooth, and the light is then converted to heat (photothermal radiometry [PTR]) and light (luminescence [LUM]), which are emitted from the tooth surface between pulses. These harmless pulses of laser light enable the clinician to examine subsurface caries up to 5.0 mm below the surface.14,15

Caries modify the thermal properties (PTR) and luminescence (LUM) of healthy teeth. As a lesion grows, there is a corresponding change in the signal. In effect, the heat confined to the region with crystalline disintegration (dental caries) increases the PTR and decreases the LUM. As remineralization progresses and enamel prisms start to reform their structure, the thermal and luminescence properties begin to revert toward those of healthy tooth structure.16-18

Research has shown that The Canary System (Figure 5) can also detect caries around the margins of restorations21-24 including intact ceramic crown margins.25

IN SUMMARY
The clinical case shared in this article shows how The Canary System was used to successfully diagnose the source of pain—secondary caries around the margin of an amalgam restoration. Accurate detection allowed us to correctly identify the pain source, treat the caries, and preserve tooth structure.

Caries detection is more than simply shining laser light on teeth and looking at the glow. It involves understanding how energy interacts with tooth structure and restorative materials. Using the PTR-LUM technology found in this new high-tech system, one can accurately examine the margins of restoration to detect caries and cracks.

Dr. Abrams is a general dental practitioner with more than 34 years of clinical experience. Upon graduation from the University of Toronto Faculty of Dentistry in 1980, he established a group practice in Toronto, which has grown to involve both general dentists and dental specialists. In 1999, he began working on a noninvasive, laser-based device for the detection and monitoring of caries and currently jointly holds patents on this technology. He is a senior member of the European Organization for Caries Research and the International Association for Dental Research, where he has presented a number of papers on the detection of caries using The Canary System. He also has honorary Fellowships in a number of dental societies, including Pierre Fauchard, Academy of Dentistry International, and the International College of Dentists. He has been active in the Ontario Dental Association (ODA), chairing their Dental Benefits Task Force for the past 13 years. In 2002, he was awarded the Barnabus Day Award from the ODA for 20 years of distinguished service to the dental profession. In 2006, he founded Quantum Dental Technologies to finish development of The Canary System, which is currently available in Canada and Europe. He has published more than 90 articles internationally on various topics. He can be reached via e-mail at stephen@thecanarysystem.com.

Disclosure: Dr. Abrams is president and co-founder of Quantum Dental Technologies, which has developed The Canary System mentioned in this article. He has not received any compensation for writing this article. 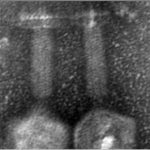 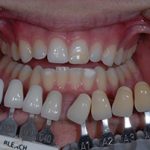 Dental Impressions 1952 to 2022: Balancing the Art, Science, and Business of Dentistry