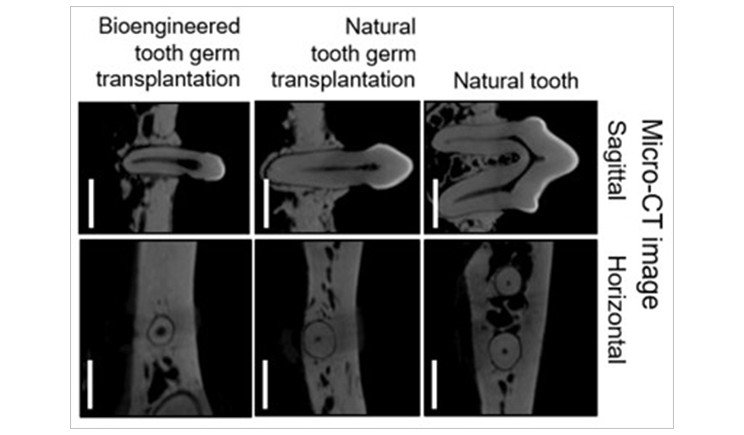 Dental implants are now standard solutions for replacing teeth that are lost due to caries, gum disease, or injuries. But we’re another step closer to growing new teeth in their absence, as researchers at Okayama University have demonstrated successful functional tooth restoration via regeneration in a postnatal large-animal model.

First, the researchers dissected embryonic tooth germ cells and tissues from a beagle 55 days before birth and reconstructed bioengineered tooth germ by means of the organ germ method, which regenerates ectodermal organs by replicating their developmental process starting from a bioengineered organ germ.

Next, these germs were transplanted into mice. In many cases, the germs resulted in tooth-crown formation, featuring both the hard and soft tissues present in natural teeth after several weeks. The researchers also were able to identify the necessary conditions for achieving this success.

Autologous transplantation experiments, which use an organism’s own stem cells instead of relying on a donor to avoid immunological rejection, were then conducted as researchers extracted deciduous teeth from the jawbone of a beagle that was 30 days old. Tooth germ engineered from the dog’s permanent tooth cell and tissue was transplanted after 2 days of cell culture into the dog’s mandible, resulting in tooth eruption 180 days later.

The developmental process of the bioengineered tooth’s formation was practically identical to a natural tooth’s, according to micro-CT analysis. Also, scanning electron microscopy and energy-disruptive x-ray spectroscopy revealed that the bioengineered tooth had the same structure and chemical composition of a natural tooth. Plus, the regenerated tooth’s response to mechanical force was consistent with the proper physiological functioning of the periodontal ligament.

As for human beings, the researchers noted that immature wisdom tooth germ would be a possible source of stem-cell germs, as it is available in the human postnatal jawbone, though this would only pertain to younger people as wisdom teeth mineralize after the age of 7 years. Elderly patients would need other stem-cell sources. Still, the researchers believe this work highlights the feasibility of fully functional restoration by autologous transplantation of bioengineered tooth germ.

Stem Cells May Be Used to Grow Teeth 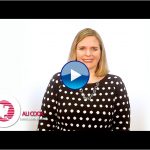 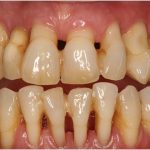