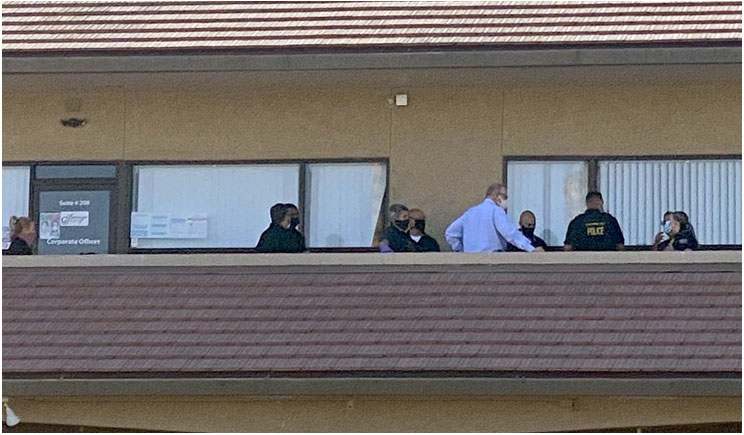 On October 20, 2020, federal and state investigators seized computers and boxes of medical and dental records. They also interviewed staff. Additionally, warrants were served at the administrative offices for Borrego Health in Kearny Mesa and at the headquarters of Premier Healthcare Management, which provides billing and payroll services for the nonprofit in El Cajon.

Over the past five years, Borrego Health has reported nearly $1 billion in revenues, primarily derived from government healthcare billings.

“Borrego Health remains committed to its goal of improving the health of underserved populations in our service areas by delivering high quality and compassionate care,” the nonprofit foundation said in a brief public statement. “Borrego Health intends to continue its full cooperation with all government inquiries.”

“It is our belief that they are investigating a specific dental office’s billing practices,” said Nick Priest, CEO of Premier Healthcare Management. “We are eager to complete the investigation and hope that this does not cause us irreparable reputational harm.”

Premier also generated $25 per billing invoice in service to Borrego Health, which added up to more than $20 million annually. This arrangement between Premier and BCHF was never disclosed under tax filings, as required under Internal Revenue Service (IRS) rules.

Bruce Hebets, a former Port of San Diego police officer, joined the nonprofit in 2004. He eventually rose to the position of CEO with an annual salary package of $1.89 million for 2019, prior to his death.

The San Diego Union-Tribune reported Borrego Health to be the biggest FQHC in the nation. Borrego Health also proclaims itself to be the fastest growing FQHC in the country. Plus, Borrego Health says that its core values include accountability (“We stand by our actions.”) and integrity. (“We believe the time is always right to do the right thing.”)

Borrego Health has remained under the scrutiny of the investigative journalism of the Borrego Sun for the past six years.

“We’ve been investigating these clinics since 2014, and it’s taken a lot of hard work to get to the point where we are now,” said Patrick Meehan, publisher of the Borrego Sun. “It’s just morally wrong, all this money being wasted on salaries and expenses and not being put into the clinic.”

The Borrego Sun also reported on clinics lacking fundamental medical supplies and firing key physicians during the pandemic. Yet Borrego Health applied for and received $3 million from the federal Paycheck Protection loan program and an additional $4 million from the CARES Act Provider Relief Fund.

“The Sun acknowledges that the frontline workers, with rare exception, at the Borrego Springs Clinic and others that are part of the Borrego Community Health Foundation empire are honest, hardworking, caring people who deserve credit for the work they do, especially given the circumstances imposed on them by BCHF’s neglect,” said Meehan.

“They work at healing people daily, without a clue to how some members of the executive leadership are turning their work into a massive fraud,” Meehan continued.

“Maybe it was and remains that the Foundation’s real focus is to grab taxpayers’ money as quickly and simply as possible. Running local clinics, it seems, has been proving too complicated and demanding for the late Bruce Hebets’ team, especially when they can find shortcuts with less complications—shortcuts that require little or no professional expertise to increase income for the select few,” Meehan said.

“Members of the executive team, including CEO Mikia Wallis, appear committed to profiteering, even if this requires illegal abuse and manipulation of the federal and state funded programs,” Meehan said.

There is another dubious connection between Borrego Health and the Riverside Community Health Foundation. The board chair of Borrego Health, Daniel Anderson, also serves as full-time president of this other nonprofit. In 2017, Riverside raised almost $10 million, yet its financial outlay was only a little over $6 million. Much of its total reported $102 million in assets are invested in the Cayman Islands.

“It is a common practice for US-based nonprofit organizations to invest in hedge fund strategies through offshore vehicles in order to mitigate unrelated business income tax,” Anderson said.

One can only speculate at this point if those figures were manipulated by abuse with encounter fee billings, commonly called patient churning, which is the most commonly seen fraud generated by dishonestly operating dental FQHCs.

At the same time, Borrego Health contracts an extensive amount of its dental care services out to private dentists. Tax filings demonstrate Borrego Health paid three private dental providers nearly $15 million in 2019. Just under $6.2 million was paid to Dr. Husam Aldairi, whose dental clinic is in the same building as Premier Healthcare Management.

“I have seven to eight associates (dentists) that work from 8 am to 7 pm every day,” Aldairi said. “I have over 50 employees at three clinics. I am fully staffed, and we see no less than 150 patients a day.”

Aldairi is no stranger to controversy in business dealings, as evidenced by his earlier history in Chicago, which included a sexual harassment suit by a female employee against two of his other employees. The US bankruptcy court for the Northern District of Illinois dismissed his claims as well.

Judge Jacqueline P. Cox ruled that Aldairi had filed for bankruptcy “for the improper purpose” of delaying court-ordered payments to the victim of sexual harassment. In the judge’s opinion, Aldairi’s testimony was “inconsistent and evasive,” and exhibits were “incomplete, unclear, or simply missing.” Aldairi and his companies were “uncooperative and unresponsive” to requests to turn over financial information.

“The court observed Aldairi’s demeanor and finds that his testimony is not credible,” Cox said.

Of note, Martinez previously served as the Medicaid dental director for the Commonwealth of Massachusetts from March 2006 until April 2009. Martinez also initiated a relationship with managed care organization DentaQuest in 2012 that continues today. He is well-connected in California state government and serves as president of the California Dental Hygiene Board. Undoubtedly, Martinez has vast expertise in working with the dental Medicaid program.

The Borrego Sun acknowledges Martinez as the best insider source to access exactly how Borrego Health manipulates its contracts with private independent dentist contractors to maximize procurement of government payments.

“Evidently, contract dentists are not audited. A major recruiter and Medi-Cal payroll manager for BCHF contract dentists is Premier Healthcare Management, a company located in El Cajon. The owner of Premier, and other key personnel, does not come from a background in healthcare, but made their money in real estate, building and development. Considering that dental reimbursement is 65% the foundation’s revenue, contract dentistry involves big money,” the Sun reported.

“According to a former purchasing director, extravagant weekend parties at five-star resorts are regular events hosted by BCHF to thank vendors, contract dentists and to recruit. It is impossible to find detailed dental information on IRS filings. However, Premier’s web page proudly boasts of its relationship with Borrego Health, and how they manage the business of recruiting, and handling the payroll. This includes the complexities of meeting government regulations and requirements for payment. The best source of information on the BCHF dental program, dental contract providers and policies is the foundation’s chief dental officer, Timothy Martinez, but he’s not talking,” the Sun continued.

The Medicaid/Medicare/CHIP Services Dental Association (MSDA) hosted a program sponsored by Benevis, the management company for Kool Smiles Dental, at session 3 of its 2018 annual meeting. Martinez presented “Increasing Efficiency in Administration: FQHC – Dental Contracting as a Mechanism for Increasing Access to Care.”

Martinez was very forthright that FQHCs must lawfully provide “preventive and diagnostic dental services.” As reviewed earlier, this is the area most at risk of patient churning, via abuse of excessive patient encounters and associated excessive fees generated per visit. An FQHC also is responsible for monitoring dental contractors.

Martinez listed two take-home messages nearing the conclusion of his lecture. First, almost half of Medicaid dental offices were noncompliant with mandated regulatory requirements. He felt that a focus on regulatory compliance of contract dentists by groups like his would “build a safer network and deliver better healthcare.” Second, “economies of scale help to increase efficiency and value to states and FQHCs.”

Martinez certainly did not disclose that the program’s sponsor, Benevis, operates a large corporate dental Medicaid focused chain, nor did he disclose Benevis’ settlement with the US Department of Justice earlier in 2018 for $23.9 million.

Unquestionably, a significant element of the alleged swindles upon taxpayers centers around federal and state moneys paid out for Medicaid dental services. The vast majority of dental FQHCs operate aboveboard, serving patient needs and under very tight operating budgets. Unfortunately, a significant few skirt the intent of taxpayers and maneuver like organized crime cartels.

The Borrego Sun has been on the story of alleged malfeasance and possible criminal activity at Borrego Health since 2014. State and federal authorities only initially served warrants in October this year. Principals at Borrego Health are well connected to government officials as well as the elite business community.

“We have a system of justice in [the US] that treats you much better if you’re rich and guilty than if you’re poor and innocent. Wealth, not culpability, shapes outcomes,” said attorney Bryan Stevenson, founder and executive director of the Equal Justice Initiative. 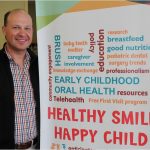 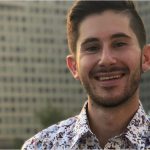