Even a small amount of physical exercise can significantly protect the elderly from long-term memory loss that can occur suddenly following infection, illness, or injury.

In a new study, published in the Journal of Neuroscience, researchers show that aging rats that ran just over half a kilometer each week were protected against infection-induced memory loss.

“Our research shows that a small amount of physical exercise by late middle-aged rats profoundly protects against exaggerated inflammation in the brain and long-lasting memory impairments that follow a serious bacterial infection,” said Ruth Barrientos, research associate of psychology and neuroscience at the University of Colorado.

“Strikingly, this small amount of running was sufficient to confer robust benefits for those that ran over those that did not run,” Barrientos said.

“This is an important finding because those of advanced age are more vulnerable to memory impairments following immune challenges such as bacterial infections or surgery.

“With baby boomers currently at retirement age, the risk of diminished memory function in this population is of great concern. Thus, effective noninvasive therapies are of substantial clinical value.”

Past research has shown that exercise in humans protects against declines in cognitive function associated with aging and protects against dementia, that is often preceded by bacterial infections, including pneumonia, or other immune challenges.

“To the best of our knowledge, this is the first study to show that voluntary exercise in rats reduces aging-induced susceptibility to the cognitive impairments that follow a bacterial infection, and the processes thought to underlie these impairments,” Barrientos said.

For the study, rats infected with E. coli bacteria experienced detrimental effects on the hippocampus, an area of the brain that mediates learning and memory.

Previous research has shown that immune cells of the brain, called microglia, become more reactive with age. When the older rats in the study encountered a bacterial infection, these immune cells released inflammatory molecules called cytokines in an exaggerated and prolonged manner, Barrientos said.

“In the current study we found that small amounts of voluntary exercise prevented the priming of microglia, the exaggerated inflammation in the brain, and the decrease of growth factors,” Barrientos said. 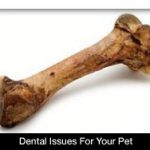 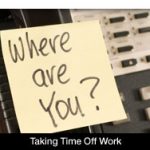