Adolescents are greatly affected by their perception of their appearance, which can have an effect on their self-esteem, their self-confidence, and the choices they make. Our culture places great emphasis on appearance and is especially focused on teeth and smiles. What’s more, the current digitally oriented culture (eg, selfies, Instagram, Snapchat, etc) plays a big role in this younger age group, and adolescents themselves are well aware of this!

Adolescents tend to be strongly concerned about their looks because they wish to present a good physical appearance. Moreover, self-esteem is considered to play an important role in psychological adjustment and educational success.1 It has been suggested that appearance dissatisfaction can lead to feelings of depression, loneliness, and low self-esteem, among other negative psychological outcomes.2 Many of our young patients desire cosmetic improvement to their smiles. Some will directly voice their concerns and desires; others will not be as forthcoming. As providers of dental care, we should make ourselves as aware of these cosmetic needs for these young patients as we do functional and restorative needs. Providing cosmetic enhancements can be a great benefit psychologically for adolescents.

A young patient’s concerns may be related to color, alignment, crowding/spacing, the shape of teeth, a gummy smile, and so on. Conservative, minimally invasive treatment is paramount when considering alterations to the dentition and, ideally, little or no removal of tooth structure will be necessary. Our goal, as clinicians, should be to improve the smile in the most conservative way possible while still maintaining the essence of natural appearance. That said, if alignment is the main concern, orthodontics is usually the most desirable means of gaining an acceptable, attractive smile. However, there are instances where orthodontics will not accomplish this goal and other restorative means should be considered.

CASE REPORT
Diagnosis and Treatment Planning
A 14-year-old girl presented with an upper midline diastema. She stated that she felt very self-conscious about her “huge space” and was unhappy with the appearance of her smile. She had a Class I molar posterior relationship with upper anterior spacing and a nice alignment on her lower anterior teeth. Orthodontic treatment was ruled out by 2 orthodontists, citing tooth-size discrepancy of the upper anterior teeth (Figure 1).

The clinical exam revealed a 2.0- to 2.5-mm diastema between her upper right and upper left central incisors. She had a heavy labial maxillary frenum (Figure 2). It was decided that direct bonding of the diastema could be accomplished while still retaining an acceptable proportion of the central incisors. A frenectomy would be performed to prevent further separation of the central incisors. It should be noted that an abnormal upper labial frenum can retract the gingival margin, create a diastema, limit lip movement, and negatively affect aesthetics in patients with a high smile line. A frenectomy is advised when an abnormal frenum is present.3 Additionally, the patient’s teeth would be whitened prior to the frenectomy.

Whitening should always be discussed when considering any restoration of the anterior teeth. Whitening is the most requested procedure by patients under the age of 20 and is safe and effective when the DFU are followed.4 If the patient (and parents, if the patient is younger than 18 years of age) desire whitening, and whitening is not contraindicated, the whitening should be completed and the color allowed to stabilize prior to the operative cosmetic procedure.

Frenectomy
The upper anterior labial mucosa around the maxillary frenum was anesthetized with infiltration of 4% Septocaine (1:100,000 epinephrine) (Septodont). The frenum was removed using a dual-wavelength, soft-tissue diode laser (Gemini 810 + 980 [Ultradent Products]) (Figure 3). Postoperatively, the patient was instructed to rinse 4 times daily with a chlorhexidine rinse (Colgate PerioGard Rinse) for 7 days. The patient was scheduled for the procedure to close the diastema 10 days after the frenectomy was done.

CLOSING COMMENTS
Three procedures were done to accomplish this smile enhancement. All procedures—whitening, the frenectomy, and the direct composite diastema closure—were easy on the patient and conservative. The results were extremely aesthetic and, for the patient, dramatic (Figures 4 and 5). Her enhanced smile satisfied her perception of a beautiful smile while still maintaining the essence of her natural teeth. After treatment, she felt better about her appearance and, therefore, she had increased confidence (Figure 6).

It is important to ascertain our younger patients’ desires for the appearance of their smiles. Their perception of their appearance is directly linked to their self-esteem, which affects so much in their lives. Discretion and delicacy (diplomacy) must be used when discussing these topics. Permission from the parent(s), as well as their inclusion in the discussion, is also necessary.

Dr. McMahon is a graduate of the University of Pittsburgh (Pitt) School of Dental Medicine and practices in Western Pennsylvania and at University Dental Professionals in Chicago. She is accredited by the American Academy of Cosmetic Dentistry (AACD) and is a Fellow in the International Academy of Dental-Facial Esthetics and a Catapult Education KOL. She is a past clinical instructor in prosthodontics and operative dentistry at the Pitt School of Dental Medicine. She also lectures internationally on cosmetic dentistry and teeth whitening. Dr. McMahon is a 7-time award winner in the AACD’s Annual Smile Gallery and has twice been awarded gold medals. She was also recently inducted into the prestigious American Society for Dental Aesthetics. She can be reached at (412) 298-2734, via email at drsusan@wowinsmile.com, or via the website wowinsmile.com.

Disclosure: Dr. McMahon received an honorarium from Ultradent Products for writing this article.

The Architect of the Smile: A Midline Diastema Closure 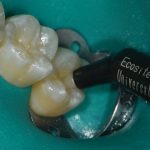 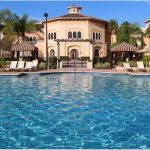