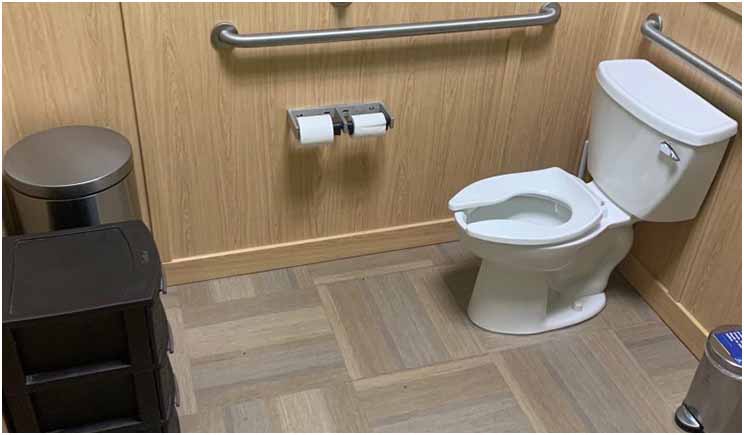 Actions were announced on December 10, 2020, by Clifford Law Offices of Chicago, which will represent 11 of the plaintiffs. The law firm’s statement, pleadings, victim statements, plaintiffs’ attorney statement, and camera angulations were all provided on the legal firm’s website.

All 14 civil actions were or will be filed in Cook County Circuit Court on behalf of dentists, dental hygienists, dental assistants, and a dental marketing individual. The videotaping allegedly occurred over about a three-week time frame from an undisclosed time in September 2020 until October 22, 2020. One camera angle demonstrated a lateral view of the toilet area. The other perspective was nearly full-frontal of the toilet.

ADMI is the allegedly involved dental support organization (DSO). ABD Dental Associates LLC, which includes a number of Chicago area dental clinics, is allegedly owned by Brier, who is the alleged owner of the Crestwood dental clinic and others. Whether Brier is a valid beneficial clinic owner or nominee owner under the direction of ADMI is unclear. Ares Management LP and Leonard Green & Partners LP, which both hold ADMI in their portfolios of private equity management funds, were not named in any of the lawsuits.

Alexander has been criminally charged. The dental hygienist had a prior criminal record. The plaintiffs claim the defendants failed to conduct an appropriate or thorough background check of Alexander or take reasonable actions in regard to that check.

In his pleading, Jones said, “Prior to being hired, Defendants, ASPEN DENTAL, ABD DENTAL, BRIER, and other agents and employees of defendant ASPEN DENTAL, including Matthew Heald, conducted a background check and knew or should have known, that Armani A. Alexander had a criminal background exhibiting moral turpitude.”

Matthew Heald is director of operations at ADMI, which operates more than 800 clinics in 42 states. Heald is alleged to have hired Alexander.

“On or after August 12, 2020, Armani A. Alexander placed two (2) hidden cameras in the unisex bathroom at the Crestwood Aspen Dental with the intention of recording people using the bathroom,” Jones’ pleading said.

Jones claims to have been clandestinely recorded using the restroom on multiple occasions, without his knowledge or consent. The pleading said the first camera was discovered on October 22, 2020, and turned over to law enforcement authorities. Armani admitted placing the camera and was subsequently criminally charged on multiple misdemeanor counts.

“On October 23, 2020, agents and/or employees of Defendants, ASPEN DENTAL and ABD DENTAL, including Defendant BRIER, Robert Fontana, and Matthew Heald, assured Plaintiff, TRENT JONES, D.M.D., that the Crestwood Aspen Dental was checked and there were no other cameras,” Jones’ pleading continued.

Fontana is founder and CEO of Aspen Dental. A second camera was subsequently discovered in the same restroom on October 24, 2020.

Interestingly, the pleading said, “On or about August 12, 2020, Defendant BRIER, was a duly authorized apparent agent of Defendant, ASPEN DENTAL, and was acting within the scope of her apparent agency and authority.”

“Recently, my work colleague found a hidden video recording device in the employee bathroom at that office. I quickly notified Aspen management and made a call to the Crestwood Police Department. The Police Department responded swiftly in reviewing the footage and making an arrest. It’s important that I thank the police for their efforts and professionalism at this time,” Jones said in a public statement.

“After this discovery, I was told by an Aspen corporate official that they were aware of the arrested co-employee’s prior criminal record, but nevertheless Aspen Dental hired him without attaining further details of this conviction. In essence, Aspen Dental rolled out the proverbial red carpet for this documented offender so that he could carry out his perverse actions amongst a predominantly female staff,” Jones said.

“Furthermore, the corporate executives assured us that they would sweep the building for any other recording devices, but four days after the initial camera was discovered, another hidden video recording device was found in that same bathroom, again by a fellow employee. It is clear that the assurances we were given were never followed up on to create a safe working environment,” added Jones.

“We are filing charges against Aspen Dental for negligence. When a perverted individual has a documented history of criminal conduct, it is fair to suspect that they will do it again. This is an individual that should have never been allowed to conduct patient care or step foot within that office. If Aspen Management had performed proper follow-up, the employees of the Crestwood office would have never been subjected to this egregious violation of privacy,” stated Jones.

“When the value of a dollar is placed above employee safety, it is time for a much needed change. Aspen Dental’s negligence and total disregard for the safety and security of their employees has resulted in a broken trust and shattered sense of security that will likely take a long time to repair—that is, under the assumption that it can be repaired at all,” said Jones.

“We feel that this action is necessary as it’s been made abundantly clear that Aspen Dental places little to no value in the use of their words. We are angry, we are hurt, and we expect Aspen to take accountability for their actions, which has not been done since the discovery of the first video device,” concluded Jones.

“I was hired by the Aspen Dental clinic in July of this year (2020). It was my first employment out of school and receiving my certificate to do a job I loved. I thought Aspen Dental was a nice place to work. I had seen many of the television commercials about them and they came across like they could be trusted,” Raine said.

“I never dreamed that the unthinkable could happen. I am a very private person, and when I learned on October 22 (2020) that a camera was found in the employees’ bathroom, I was shocked. I was sick to my stomach. Many of us at the clinic were crying. I still cry about the way my privacy was taken from me,” Raine said.

“The corporate bosses had assured us that everything was okay. They tried to tell us that they were taking care of us,” said Raine.

“But when a few days later a second camera was discovered by one of my fellow employees, I knew this was the absolute worst place to work. I can’t believe that a company could be so callous and uncaring about their employees. I struggle with this every moment since it happened,” added Raine.

“I still am unable to use any public bathroom. I’m only able to use the one at my home or my grandma’s. I just don’t know what I will do, but I am trying very hard to forget that something like this could happen to me. And I hope that through the lawsuit filed by Clifford Law Offices that this will never happen to anyone ever again,” concluded Raine.

“Aspen Dental, and its owners and managers, could have avoided this perverse invasion of privacy that resulted in unthinkable mental and emotional distress if they had followed up on the background check they conducted before deciding to hire this despicable individual,” said Joseph Rourke, attorney for 11 of the current 14 plaintiffs.

“We applaud local law enforcement, particularly the arresting officer, for apprehending the alleged offender and filing criminal charges. We regret this isolated incident happened and are deeply sympathetic for the distress felt by everyone involved,” Aspen Dental of Crestwood said in a statement.

“Neither the independent dental practice nor Aspen Dental Management Inc has been served with the complaints described in the press release, so we will not be able to comment on the specifics,” the statement concluded. 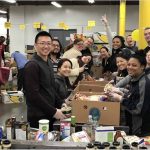 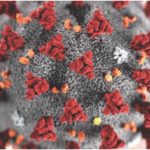