Another Mechanism Discovered by Which Sulforaphane Prevents Cancer

Researchers in the Linus Pauling Institute at Oregon State University have discovered yet another reason why the “sulforaphane”compound in broccoli and other cruciferous vegetables is so good for you—it provides not just one, but two ways to prevent cancer through the complex mechanism of epigenetics.

Epigenetics, an increasing focus of research around the world, refers not just to our genetic code, but also to the way that diet, toxins and other forces can change which genes get activated, or “expressed.” This can play a powerful role in everything from cancer to heart disease and other health issues.

Sulforaphane was identified years ago as one of the most critical compounds that provide much of the health benefits in cruciferous vegetables, and scientists also knew that a mechanism involved was histone deacetylases, or HDACs. This family of enzymes can interfere with the normal function of genes that suppress tumors.

HDAC inhibitors, such as sulforaphane, can help restore proper balance and prevent the development of cancer. This is one of the most promising areas of much cancer research. But the new OSU studies have found a second epigenetic mechanism, DNA methylation, which plays a similar role.

“It appears that DNA methylation and HDAC inhibition, both of which can be influenced by sulforaphane, work in concert with each other to maintain proper cell function,” said Emily Ho, an associate professor in the Linus Pauling Institute and the OSU College of Public Health and Human Sciences. “They sort of work as partners and talk to each other.”

This one-two punch, Ho said, is important to cell function and the control of cell division—which, when disrupted, is a hallmark of cancer.

“Cancer is very complex and it’s usually not just one thing that has gone wrong,” Ho said. “It’s increasingly clear that sulforaphane is a real multitasker. The more we find out about it, the more benefits it appears to have.”

DNA methylation, Ho said, is a normal process of turning off genes, and it helps control what DNA material gets read as part of genetic communication within cells. In cancer that process gets mixed up. And of considerable interest to researchers is that these same disrupted processes appear to play a role in other neurodegenerative diseases, including cardiovascular disease, immune function, neurodegenerative disease and even aging.

The influence of sulforaphane on DNA methylation was explored by examining methylation of the gene cyclinD2.

This research, which was published in the journal Clinical Epigenetics, primarily studied the effect on prostate cancer cells. But the same processes are probably relevant to many other cancers as well, researchers said, including colon and breast cancer.

“With these processes, the key is balance,” Ho said. “DNA methylation is a natural process, and when properly controlled is helpful. But when the balance gets mixed up it can cause havoc, and that’s where some of these critical nutrients are involved. They help restore the balance.”

The research was supported by the National Institutes of Health and the OSU Environmental Health Sciences Center. 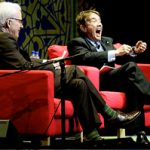 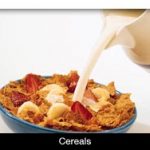