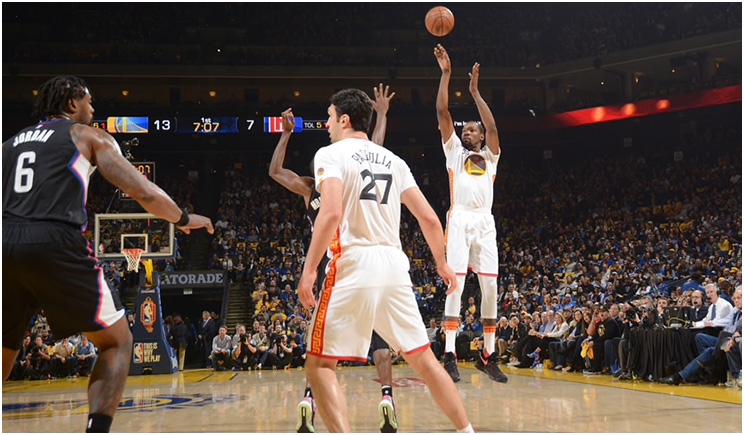 Believe it or not, there was a time when taking three-point shots during an NBA game was a careless tell of poor coaching. But that is no longer the case. After about a five-year plateau that ended in 2012, the number of three-point shots taken throughout the NBA has skyrocketed, statistically speaking.

The Houston Rockets and Golden State Warriors led the league and were favored to win the NBA championship in 2018. The Rockets went on to become the first team in history to shoot more three-pointers than two-pointers. This “revolution” was not the result of the number of shots taken, but rather the point value of the shots.

So how do we bridge the gap between the NBA three-point stats and your dental practice? In basketball, if all you looked at was how many shots were taken, you’d miss out on what really happened. The same issue occurs when your practice looks only at the number of phone calls that come into the practice and not the actual value and outcome of those calls. If call counts are all you’re tracking, you don’t really know how you’re scoring or the best way to score.

As a basketball fan, I’ve spent many a night squeezed into a plastic seat watching my team dribble up and down the court. There are feelings of utter loss when the opponent sinks a three-pointer. Those shots hurt even more when they widen a point gap on the board.

In a game, it’s easy to identify the quality of the shots taken. Where was the shot taken from? Did the player make the basket? Scoring the calls your office receives can be a little less obvious. How do you know if you’re shooting three-pointers? Start by looking for the numbers that tell you more than just call volume.

Identify how many patients are getting connected to someone who can help them in a timely manner. Look for the ratio of appointment opportunities to total calls. Understanding appointments booked for existing versus new patients will tell you more about the return on investment of both the call and the attributing marketing campaign. How you’re shooting depends on these stats, as well as the overall patient experience on the phone.

Making a wide open three-point shot is the most preferred shot in basketball. Players have the highest chance of scoring the most points on those types of shots. Patients who call in with the proper mix of insurance, schedule flexibility, and high-dollar treatment inquiries are akin to the wide open three-point shot. All things being equal, this is the best type of shot an office can take.

Basketball has moved away from the contested mid-range jumper because it is much less efficient on a shot by shot basis. Similarly, offices should identify their mid-range jumpers. Do you not take Medicaid? Are you a fee-for-service practice but receive lots of insurance calls? Eliminate the types of calls coming into your office that represent low-efficiency situations.

The Best Way to Score

It took time for the NBA to embrace the simplicity of three points being worth 1.5 times more than two points. Once coaching got behind the new style of basketball, there was a drastic increase in three-point shot attempts. Smart dental service organizations, too, do not want to be the last “team” to adopt the new play style. The dental industry needs to take a fresh approach to the prevalent problem of looking at non-actionable data.

Coaches follow, record, and then break down every part of daily practice. Similarly, office managers are the office coach. As a manager, you should track, record, and then analyze the behavior of your staff on the phones. The best way to score is to coach your team and hold them accountable for their phone performance on a regular basis. No manager can listen to every phone call, every day, with every staff member. But, every manager can meet weekly with his or her staff to review performance and resolve problem areas on the phone.

The basketball revolution that the Warriors and Rockets started shows us that tracking only call counts is the equivalent of keeping track of shots taken, but not keeping score of the points. Managers ought to look at the call outcomes that tell them how calls are handled to optimally coach their teams. By doing this, you’ll see an increase in appointment conversions, enhanced patient experience, and overall improved performance on the phone. Just like not all shots in basketball are created equal, not all call outcomes in dentistry are equal in quality.

Mr. Johnson is a senior account executive at Call Box. Doctors and owners call him to increase their bottom line through enhancing the patient experience over the phone and converting more opportunities. He earned his MBA from the University of Delaware and graduated from the University of North Carolina, where he studied how the power of data can affect organizational change. To learn more about Call Box and our innovative tools to help your practice leverage the phone, visit callbox.com/dental or call (833) 259-9484.

What Dental Leaders Can Learn from College Basketball’s Top Coach

Does Your Dental Practice Operate Like This Taco Shop? 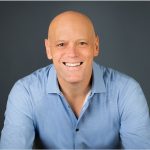 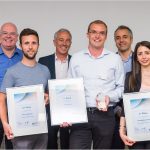