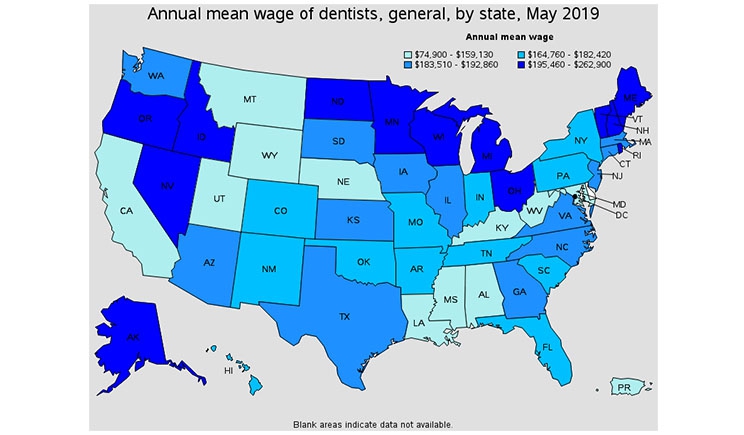 The BLS also is optimistic about dentistry’s prospects beyond the pandemic, projecting overall employment to grow 3% from 2019 to 2029, which is about as fast as the average for all occupations. The bureau attributes the potential growth to the aging population.

Baby boomers are keeping more teeth as they age compared to previous generations, the BLS said, requiring more dental care. This treatment will include complicated work such as implants and bridges. The increased risk of oral cancer that comes with aging will play a role as well.

Plus, the BLS said, demand for dental services will increase as research continues to link oral health to heart disease, diabetes, and other systemic issues. Dentists will need to provide care and instruction that promotes good oral hygiene, the BLS added, not just fillings.

Specifically, the BLS expects the total number of dentists to rise from 151,000 in 2019 to 155,000 in 2029, with 3,700 new general dentist positions, 100 new oral and maxillofacial surgeons, and 200 orthodontists. The BLS does not expect the number of prosthodontists or other specialists to increase.

These specialties have higher median salaries than general dentists as well. Prosthodontists, oral and maxillofacial surgeons, and orthodontists all earned a median of $208,000 per year or more and placed fourth through sixth, respectively, on the BLS list of highest paying occupations in 2019. General dentists were fourteenth with a median of $155,600.

Like dentists, the BLS cites an aging population keeping more of its teeth and greater awareness of oral-systemic health for this growth. But the BLS also notes that the demand for dental hygienists will grow as state laws increasingly allow them to work at the top of their training and they effectively become more productive.

Dental lab technicians also will see 9% growth from 2019 to 2029, with 3,400 new positions driven by the demands of the aging population and its cosmetic and functional needs. Technicians with experience in emerging technologies like 3-D printing will have the best prospects, the BLS said.

Dentists had a variety of opinions about the BLS’s findings. While 2019 may have seen an increase in earnings, the pandemic will have a big influence on 2020’s numbers.

“Much of 2020 has felt like we have been working with one hand tied behind our backs. With most dentists being out of work for almost three months, we are now making up for lost time,” said Maggie Augustyn, DDS, a general dentist practicing in Elmhurst, Illinois.

“We have been tirelessly working, bringing our A game amidst our kids’ virtual learning. Ruthlessly busy at first, dentists may now be entering a sort of lull in their schedule, six months after the quarantine,” she said.

“The self-motivation we have felt in the third quarter, however, will not go unnoticed in our bottom lines. Unfortunately, taking everything into account, it is unlikely that, as a profession, we will near the numbers from 2019,” she continued.

“The only win, in all of this, is that 2020 is about to be over, and we must put all of our energy and goodwill towards building a better, more productive 2021,” she said.

Roger P. Levin, DDS, of Levin Group has developed guidance for dentists and practices that need help navigating the economic uncertainties that the pandemic has wrought on the profession.

“Levin Group has designed a 24-month COVID-19 Recovery Timeline for dental practices that began on June 1, 2020, approximately when most practices were reopening. Phase 1 of the timeline, which will be completed around the end of October, was characterized by extreme busyness and pent-up demand,” said Levin.

“We are now beginning the entry into Phase 2 of the timeline, which we believe will be characterized by lower practice production as the pent-up demand has been completed and the underlying macroeconomic challenges place pressure on production,” he said.

A recent Levin Group Data Center survey found that about 15% of patients aren’t willing to reschedule to come back to the practice until a vaccine is available, Levin said.

“Based on this and other factors, we are projecting that most dentists will have a slightly lower compensation in 2021 than in 2019. We need to keep in mind that 2019 was one of the best economic years in United States history, and dental practice production and doctor income reflected that strong performance,” Levin said.

“Dentists’ income will track along with practice production. We believe that for about 75% of practices, production (hence income) will decline for the next eight to 12 months and then start to rebound in 2022,” Levin said. 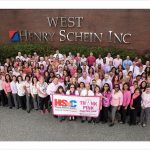 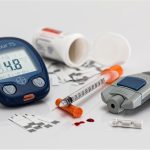