Utilizing the correct combination of immune system cells with inflamed tissues may be able to curb the red, swollen and painful gums that stem from periodontal disease.

The information comes from a new animal study from researchers at the University of Pittsburgh and appears in the online edition of the Proceedings of the National Academy of Sciences. Periodontal disease impacts 78 million Americans.

But periodontal disease truly stems from an overreaction of the immune system to the presence of oral bacteria.

When the mouth is healthy, essentially it doesn’t overreact to the presence of oral bacteria.

To do the testing for this study, the research team put together a system of polymer microspheres with the goal being to release a chemokine, a signaling protein, called CCL22. This protein attracts regulatory T-cells and puts a small amount of the paste-like agent between the gums and teeth of animals with periodontal disease. The amount of bacteria didn’t indicate any change but there was a positive change in the standard measures of periodontal disease. There was decreased pocket depth and gum bleeding, indicating a reduction in inflammation because of more regulatory T-cells.

This practice has been going on for years, as there is evidence from ancient Egypt that some mummified remains show signs of teeth scraping to get rid of plaque—only now the procedures are more advanced. It’s conceivable that this finding may limit or even end the damaging effects of periodontal disease. 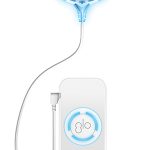 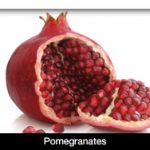