Toronto won’t change the amount of fluoride in water.

The Toronto Board of Health voted unanimously to keep water fluoridation at the current level. The city has fluoridated water since 1963 and won’t make any changes to the levels of fluoridation despite recent studies suggesting that people may be receiving too much fluoride through water.

Many dentists and public health experts still support the use of fluoride. During the recent meeting to discuss this issue, members of the board saw images comparing Canadian children from Toronto to Eastern European children. The people from dental health organizations at the meeting concluded that the levels of fluoride in Toronto are safe and this amount of fluoride decreases the chances of people suffering from tooth decay or other dental issues.

To give the people against fluoride a chance to make their case, the group known as the Toronto Coalition Against Fluoridation was allowed to be present at the meeting. Also, to compile the most unbiased information possible, Toronto’s medical officer of health, David McKeown, created a study regarding this issue. He concluded that the amount of fluoride levels should remain the way they are. 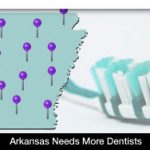