If you’re a dentist looking for more patients, move to Arkansas.

Arkansas is among the worst states in the United States when it comes to the number of dentists per 100,000 patients. According to Dr. Charles Cranford from the University of Arkansas for Medical Sciences, a problem for Arkansas residents is the lack of a dental school in the state.

Dr. Cranford is trying to start a movement for his school to add a dental school. 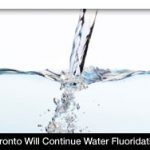