Investigators from Japan show in vitro that the bacterium Streptococcus salivarius, a non-biofilm forming, and otherwise harmless inhabitant of the human mouth, actually inhibits the formation of dental biofilms, otherwise known as plaque. Two enzymes this bacteria produces are responsible for this inhibition. The research is published in the March 2011 issue of the journal Applied and Environmental Microbiology.

“FruA may be useful for prevention of dental caries,” corresponding author Hidenobu Senpuku, of the National Institute of Infectious Diseases, Tokyo said of one of the enzymes.

“The activity of the inhibitors was elevated in the presence of sucrose, and the inhibitory effects were dependent on the sucrose concentration in the biofilm formation assay medium,” the researchers write.

“We show that FruA produced by S. salivarius inhibited S. mutans biofilm formation completely in the in vitro assay supplemented with sucrose,” the researchers write.

S. salivarius is the primary species of bacteria inhabiting the mouth, according to the report.

The authors suggest that FruA may actually regulate microbial pathogenicity in the oral cavity. They found that a commercial FruA, produced by Aspergillus niger, was as effective as S. salivarius FruA at inhibiting S. mutans biofilm formation, despite the fact that its amino acid composition is somewhat different from that of S. salivarius.

FruA is produced not only by S. salivarius, but by other oral streptococci. Much of the oral microbial flora consists of many beneficial species of bacteria that help maintain oral health and control the progression of oral disease. 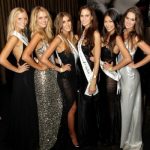 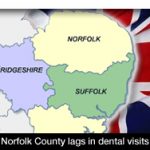