Why are doctors afraid of medical marijuana, even if they support it? According to a Gallup poll conducted in 2016, one in 8 American adults (approximately 13%) reported using cannabis in some form within the last year.1 That is nearly double the (admitted) consumption of marijuana tallied in 2013 (somewhere near 7% of the population). As some state laws continue to allow for the sale of marijuana for medicinal purposes, while simultaneously decriminalizing recreational cannabis use, it is clear to see that these numbers could rise even higher in the coming years. However, as the social—and legal—stigma surrounding pot has faded on some local levels, federal laws have not caught up to these changing times. In fact, the current Attorney General, Jeff Sessions, is well-known for his disdain for all forms of marijuana use, famously saying, “Good people don’t smoke marijuana.”2

This has left many doctors (and their patients) in a fog of confusion. As a medicinal product, health professionals must be kept aware of any substance that their patients are using in order to ensure that it doesn’t have any harmful reactions to more conventional treatments. Also, patients must feel safe disclosing to their doctor if they are taking a cannabis product for health (or recreational) purposes. Furthermore, both doctors and their patients deserve the ability to have an open dialogue about health issues without the fear of legal reprisals hanging overhead. Yet, with the disconnect between state and federal laws—and the changing attitudes towards the substance in general—neither healthcare providers nor marijuana-using patients know how (or even if) they can broach this sensitive subject without risking some form of punishment. This has serious implications for the state of our public health as well as the legal status of medical offices across the country.3

CAN OUR LICENSES BE PUT AT RISK?
This topic is especially difficult for doctors, who fear they might put their licenses to practice in jeopardy by doing anything that could—in any way—come across as accepting of marijuana use. And these fears have put our patients, and our businesses, at risk. For instance, according to several studies, there is a 4.8 times increased risk of myocardial infraction within the first hour of smoking marijuana.4,5 That statistic alone is enough for me [Dr. Schefdore] to reconsider a person’s dental treatment options. But many of my patients—who I know smoke pot—are hesitant to admit to it. And even if they did admit to its use, most people do not know how much tetrahydrocannabinol (THC) they have in their system, or the difference between smoking marijuana and ingesting edible cannabis. And frankly, neither do I. How can I protect my patients if I’m just as in-the-dark as they are?

In Illinois, where I have maintained a successful practice (Celebrity Smiles and General Dentistry in Westmont) and worked as a high-income dental consultant for 30 years, cannabis is legal for medical purposes. I believe that many of my patients use marijuana purposefully before seeing me in order to manage their anxieties.

Granted, “fear of the dentist” is not an acceptable reason to obtain a medical-marijuana license in Illinois. Nevertheless, with the establishment of pot as a “doctor-approved” method to manage pain, anxiety, and many other conditions, there is a growing number of patients who are now going outside of the law in order to benefit from weed’s purported advantages.

Hoping for Clarity
It is because of this “new normal” that doctors, such as myself, are hoping for clarity on the topic of legal cannabis from the government in order to protect our patients. However, due to marijuana’s status as a Schedule I Narcotic, no federal guidelines regarding cannabis are currently in place to protect the public. This means, among other things, that there are (1) no doctor-recommended dosages of marijuana for patients, (2) no databases for doctors to consult to see how much THC their patients take or how often, (3) no cross-communication between doctors to see who is prescribing what, and (4) no incentive for an honest dialogue between a patient and his or her healthcare provider about marijuana use.

Open and Honest Doctor-Patient Dialogue?
If there is no honest doctor-patient dialogue, this could lead to widespread over-prescription and potentially dangerous drug interactions. For example, if a patient whose heart rate is already elevated from ingesting THC is also injected with epinephrine as well, the effects could be extremely dangerous, if not fatal. Yet patients have proven to be less-than-forthcoming about their marijuana usage, which leaves conventional drug testing as the sole option available to doctors to prevent a drug interaction. The problem is that due to current regulations on research, there have been no drug tests developed that can pinpoint exactly when a person last used marijuana or the quantity of THC that was consumed. This puts cannabis users in a very vulnerable situation whenever they require medical care. It can also leave medical practitioners defenseless against punitive legal or financial actions if any adverse side-effects arise from an interaction between their treatments and prescribed THC.

THE NEED FOR ADDITIONAL PROFESSIONAL TRAINING
In addition to vague regulations regarding how doctors can and should handle a patient who admits to taking cannabis, there is very little training given to medical professionals about the effects, both physical and psychological, of pot or its medical applications. Doctors and patients alike are now beginning to voice their concerns over the potential for a public health catastrophe if doctors remain uneducated on new medical treatments or popular recreational drug habits.

Unfortunately, this paradigm shift also comes at a time when the medical field is under increased scrutiny due to a national epidemic of opiate addiction. Since most dependences to opiate pain-killers begin with a prescription from a doctor, healthcare professionals are now especially wary not to have treatments overlap with each other or to overprescribe pain medication. These efforts to turn the tide on opiate addiction have only become possible with increased communication between doctors as well as access to databases where this information is stored and readily available. The same cannot be said of marijuana, which, due to its federal standing, remains clouded in misinformation and secrecy.

Thanks to the Rohrabacher-Farr amendment (2014) to the Controlled Substances Act of 1970, as well as the Rohrabacher-Blumenauer amendment (2017), the United States Department of Justice is prohibited from interfering with—or providing funds in order to impede—the laws of individual states when it comes to medical marijuana. However, this raises several questions: Which laws are doctors supposed to obey, the state where they practice medicine or their country? Can a doctor risk his or her license by supporting the use of medical marijuana in a sanctioned area? What responsibilities do doctors have in relation to the health of their marijuana-using patients? And how can doctors provide the best standard of care when they are denied basic information due to current regulations?

These questions are plaguing the medical community and are concerning to all Americans seeking medical treatment. Until legislation catches up to science, and discussion is encouraged from the federal level down to local doctors, we have no other option but to hold our collective breath for answers.

CONCLUSION
As doctors, we must demand that more research be done on medical marijuana and its effects on our patients. The authors urge the federal government to allow doctors the tools to keep the public healthy and our dental colleagues informed. Also, the authors encourage fellow dentists to continue this discussion by visiting their online forum at the O Content Facebook page (tinyurl.com/ydg2eadb) or by following on them on Twitter (@seo_ocontent). Only by keeping the conversation going and voicing our concerns and solutions will we finally be allowed the tools to protect our patients and practices.

Dr. Ronald Schefdore is a 1983 graduate of The Southern Illinois University School of Dental Medicine in Alton, Ill. He maintains an adult-comprehensive practice in Westmont, Ill, and is an elite consultant for fee-for-service dentists. He can be reached via the email address dr@yourcelebritysmile.com or by visiting yourcelebritysmile.com.

Mr. Ryan Schefdore is a 2010 graduate of Columbia College in Chicago. He is a specialized technical author and ghostwriter and is a blog consultant with O Content. He can be reached via the email address king@seoocontent.com, or by visiting the website seoocontent.com. 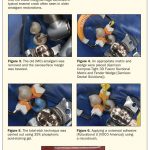