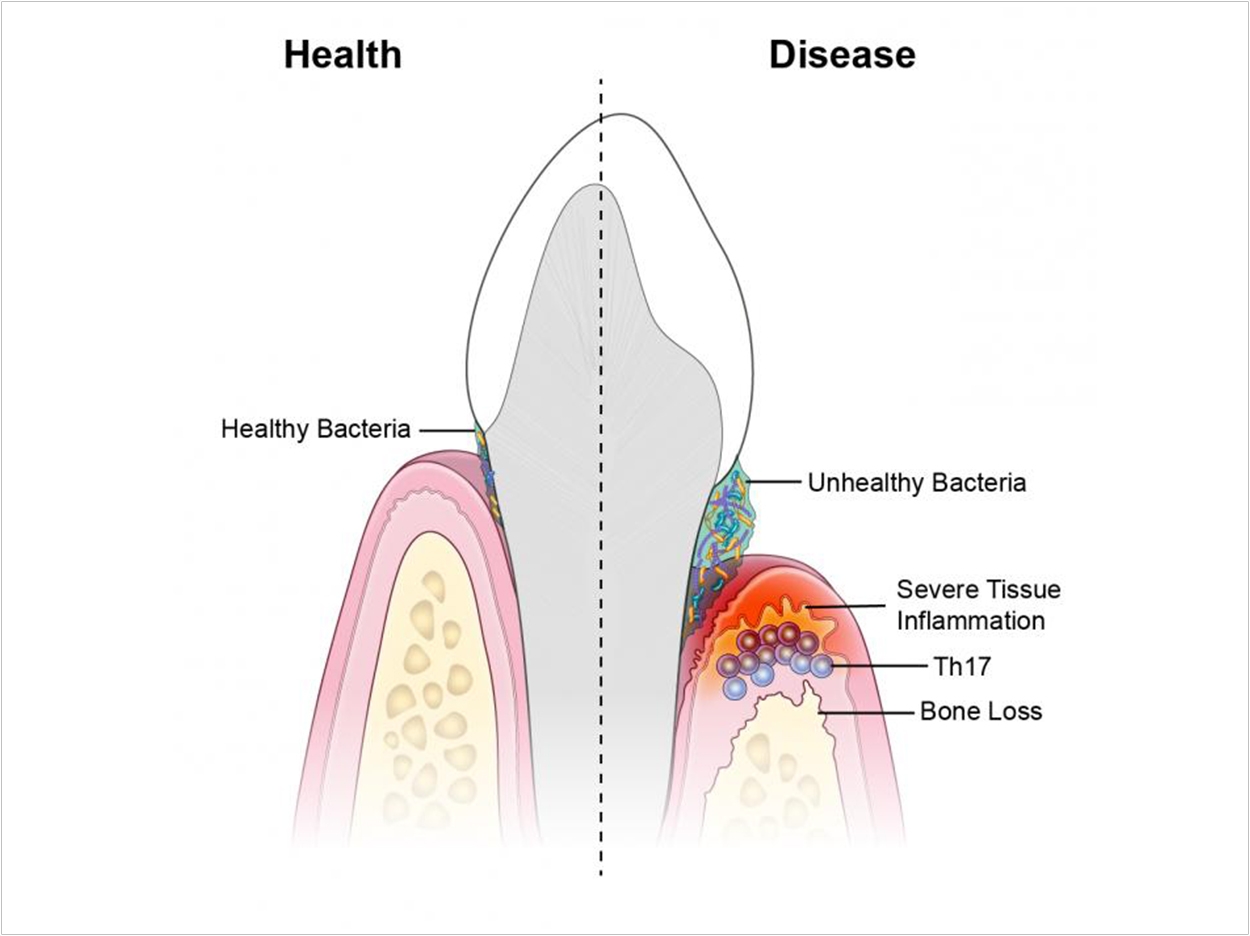 An unhealthy population of microbes in the mouth triggers specialized immune cells that inflame and destroy tissues, leading to the type of bone loss associated with a severe form of gum disease, according to researchers at the National Institute of Dental and Craniofacial Research (NIDCR) and the University of Pennsylvania School of Dental Medicine who say their findings have implications for new treatment approaches for the condition.

“We’ve known for years that microbes stimulate inflammation. Removing bacteria by tooth-brushing and dental care controls inflammation, but not permanently, suggesting there are other factors at play,” said NIDCR clinical investigator and senior author Niki Moutsopoulos, DDS, PhD. “Our results suggest that immune cells known as T helper 17 (Th17) cells are drivers of this process, providing the link between oral bacteria and inflammation.”

“I think this work leaves no doubt that these cells are important mediators of periodontitis,” said George Hajishengallis, DDS, PhD, the Thomas W. Evans Centennial Professor in the Department of Microbiology at Penn Dental Medicine. “The translational aspect of our studies is pinpointing a new approach to blocking the tissue destruction we see in periodontitis by inhibiting Th17 development.”

Th17 cells normally live in barrier sites such as the mouth, skin, and digestive tract where germs first make contact with the body. They protect against oral thrush but are also linked to psoriasis, colitis, and other inflammatory diseases, suggesting they play dual roles in health in disease.

To see if the oral microbiome might be the trigger for Th17 cell accumulation, the researchers placed mice on a broad-spectrum antibiotic cocktail. They found that eliminating oral microbes prevented expansion of Th17 cells in the gums of mice with periodontitis while leaving other immune cells unaffected, suggesting that an unhealthy bacterial population triggers Th17 cell accumulation.

Finally, the researchers studied a group of 35 patients at the National Institutes of Health Clinical Center with a gene defect causing them to lack Th17 cells. The researchers reasoned that if Th17 cells are as important to periodontitis as the animal studies suggested, a lack of Th17 cells should protect against gum disease. The researchers, then, found that these patients were less susceptible to the condition and had less inflammation and bone loss compared to age-matched and gender-matched volunteers.

“Here we have a unique patient population with the same defect we checked in the mice, and they are similarly not susceptible to the same disease,” Hajishengallis said. “This type of rigorous evidence is not easy to come by in medical science.”

“Our clinical observations point to the relevance of our animal studies to humans and provide further evidence that Th17 cells are drivers of periodontitis,” said NIDCR researcher and first author Nicolas Dutzan, PhD.

The study, “A Dysbiotic Microbiome Triggers TH17 Cells to Mediate Oral Mucosal Immunopathology in Mice and Humans,” was published by Science Translational Medicine.

Mastication May Boost Immunity, Though Periodontitis Remains a Risk 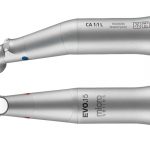 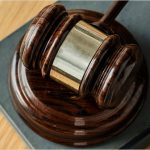