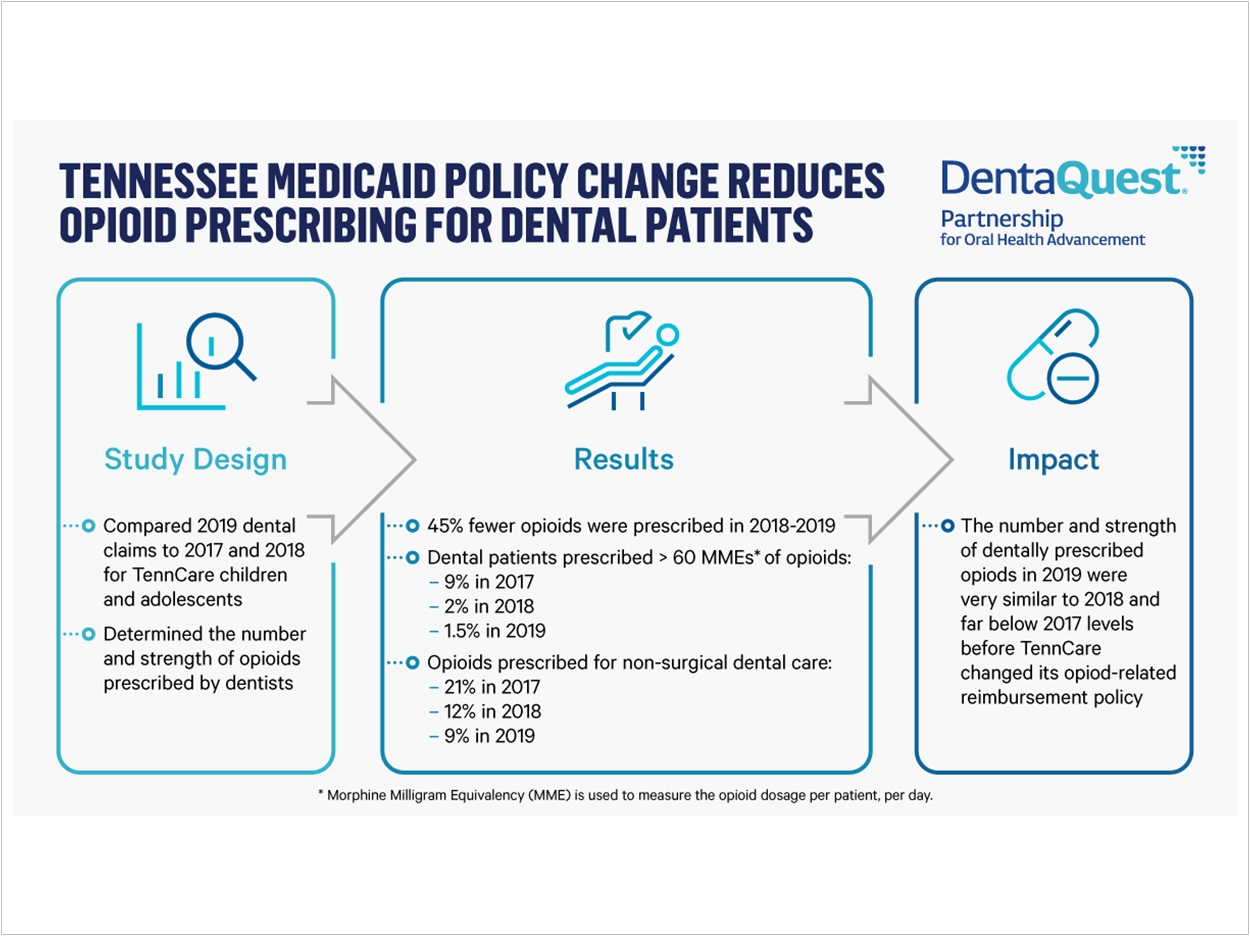 Far fewer opioid prescriptions were written for TennCare dental patients in 2019 than in 2017, according to the DentaQuest Partnership for Oral Health Advancement, indicating that a policy change made by TennCare to reduce the number of opioids dispensed to dental patients has been successful.

Also, DentaQuest said, the corresponding decrease in the number of opioid deaths in Tennessee from 2017 to 2018 connected to prescription opioids points to how policy changes can lead to meaningful improvements in health outcomes.

Specifically, the report showed that, while the number of TennCare patients age 20 and under who received dental care in 2019 remained substantially similar to the number of 2017, nearly 11,000 fewer prescriptions were issued in 2019, a difference of 45%.

“Reducing the high prescribing rates of opioids is a national work in progress, and COVID-19 has increased challenges for those dealing with addiction,” said Steve Pollock, president and CEO of DentaQuest.

“A recent investigation into all areas of prescribing, medical and dental included, showed that enough prescriptions are being written for half of all Americans to have one, and TennCare is leading the way to drive these numbers down in Tennessee,” said Pollock.

Additional findings between 2017 and 2019 include:

“Reducing overexposure to opioids, especially for individuals who have not previously used opioids, has been a priority for TennCare as part of our broad efforts to address the opioid crisis,” said Dr. Victor Wu, TennCare chief medical officer.

“This report is encouraging because it shows focused efforts can meaningfully reduce unneeded opioid prescriptions and, in turn, lower the potential risk for opioid dependency for our members,” said Wu.

“What’s clear, however, is that Tennessee’s policies have resulted in fewer unnecessary opioid prescriptions being issued by dentists. TennCare’s model is one that other states should consider as they continue to battle the opioid crisis,” Minter-Jordan said.

The findings shed light on the significant practical impact of the state’s efforts to reduce the dosage, number, and duration of opioids prescribed to patients, including new prior authorization requirements and dosage limits that TennCare implemented in 2018, DentaQuest said.

The study, “Opioid Prescribing by TennCare Dentists,” was published by DentaQuest.

Americans Don’t Know When They’ve Been Prescribed an Opioid 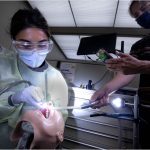 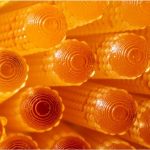