Techniques for Altering the Perception of Tooth Size

Subtle changes in the apparent size of teeth can be achieved by altering line angle, texture, and color. Teeth can be made to appear thinner, longer, shorter, smaller, or wider without changing the actual outline shape of a tooth. Such alterations only apply to incisor teeth, since all other teeth are only seen in profile from a straight-on view.

Using these principles, the options to alter the perception of a tooth’s size are the following:

Adding to the aesthetic concern, about 10 years ago he had fallen off of a bicycle and hit the ground hard with his face. His central incisors received much of the initial impact force. The teeth did not break and stayed vital, but changed color over time. Several attempts at bleaching had achieved limited results. Also, the results were short term, as the teeth rebounded back to their original shade within a year.

Treatment options were reviewed with the patient. The patient elected to have veneers placed on the 2 maxillary central incisors, since he was pleased with the rest of his smile. After anesthetizing the patient, a diode laser was used to recontour the tissue height of tooth No. 8 to match tooth No. 9 (Figure 4). The teeth were then shortened to achieve the new proposed incisal edge position (Figure 5). A template was taken for temporary fabrication and for laboratory communication. After that, depth cuts were placed and the veneer preparations completed (Figures 6 and 7). Extra facial reduction was done to allow room for the laboratory technician to block out the dark preparation color. A vinyl polysiloxane final impression was taken and temporary veneers were fabricated. The patient was seen a week later for evaluation and patient feedback of the new proposed length.

Using the principles discussed in this article, the clinician can readily alter the perception of tooth size and thus positively affect the aesthetic outcome of treatment.

Dr. Javaheri, a graduate of TuftsUniversity, is an assistant professor in the Advanced Education in General Dentistry residency program at University of the Pacific. He is the course director for the continuing education programs, “The Aesthetic Revolution” and “Smile Reconstruction” offered at UOP. Dr. Javaheri has authored articles in various publications including JADA, Compendium, Practical Procedures and Aesthetic Dentistry, Dentistry Today, Journal of Dental Research, and Operative Dentistry. He has lectured at local and national meetings. Dr. Javaheri maintains an aesthetic/restorative practice in Danville,California, and can be reached at (925) 837-5889 or sjavaher@pacific.edu. 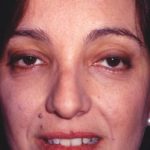