Teaching the Use of Liners, Bases, and Cements: A 10-Year Follow-Up Survey of North American Dental Schools

Restorative dentistry constantly undergoes change, driven in part by new clinical applications of existing dental materials or the introduction of new materials. For example, the manufacturers of liners, bases, and cements often recommend new or modified techniques for use of their products.
Some currently available products and materials used as liners, bases, and cements were not available 10 years ago. For most clinicians, dental school provided the first introduction to these materials, and some clinicians continue to use the materials first introduced when they were in school.
Cavity liners are aqueous or volatile organic liquid dispersions of zinc oxide or calcium hydroxide that are thinly applied to the cavity surface. They usually do not have sufficient thickness, hardness, or strength to be used alone in a deep cavity.1 Liners are typically 0.5 mm thick and serve to seal the dentin on the floor and walls of the cavity against the influx of bacteria and any irritants associated with restorative materials and procedures.2,3
For deep cavities, dental schools historically taught that a base should be applied after the liner and prior to the restoration. A base used beneath the permanent restoration promotes recovery of the injured pulp and protects the pulp from thermal shock, mechanical trauma, toxic ingredients of the restorative material, galvanic shock, and microleakage.1 Further, bases can be shaped and contoured to specific forms.2
In 1994, Cox and Suzuki suggested that dentists should re-evaluate the liners and bases that they were using.4 A 1995 survey of dental schools (published in 1996) concluded that dental schools in North America do not agree on which liner or base material to use and when to use it.5
Cements serve to retain restorations or appliances in a fixed position in the mouth.6 A dental cement, also known as a luting agent, acts as a barrier against microleakage by sealing the interface between the tooth and restoration and holding them together via an attachment. This attachment can be mechanical, chemical, or a combination of the two.7 Some dental cements can be considered as temporary, short term, or weak, while others can be characterized as permanent, long term, final, or strong. Dental cements are only indicated when dealing with fixed prostheses.
This paper reports the results of a 2005 survey of dental schools in North America regarding the use of specific liners, bases, and cements that are taught for use in different clinical situations.

Thirty-nine of the 66 schools responded, yielding a 59% response rate. In the 10 years since the first survey, one school had closed and three others opened (telephone conversation with the ADA Council on Dental Education, February 10, 2006). Participation in the survey was anonymous; all data are reported in the aggregate. Not every respondent answered every question. The survey gave the respondents 12 options from which to choose, including “other” (asked to specify) and ìnothingî (Table 1). Respondents interested in receiving a summary of the findings provided contact information. As in the 1995 survey, when more than one material was indicated, the first material that was listed was used to score that response.
Liners

Table 2 provides the most popular liners and bases taught at dental schools. In the first scenario (deep preparation with amalgam restoration), calcium hydroxide (38.5%) followed by glass ionomer (30.8%) were the most commonly taught liners. For shallow cavity preparations to be restored with amalgam, schools most often teach students to place no liner (23.1%), followed by copal varnish and glass ionomer (20.5% each).
For composite restorations in a deep cavity, the liners most frequently used were glass ionomer (35.9%) followed by calcium hydroxide (28.2%). For shallow cavity preparations restored with composite, just under half the schools (48.7%) report teaching the use of dentin bonding agents. Glass ionomer was the second most popular material (28.2%).
“Other” liners mentioned by respondents included calcium oxalate precipitate, Gluma (Hereaus Kulzer), a resin-modified glass ionomer, and what one school described as a homemade Gluma-like product.

Glass ionomer represents the most popular base under amalgam or composite in a deep cavity (56.4% and 41%, respectively). For both restorative materials in shallow preparations, schools most often teach students not to use a base (Table 3). The respondents did not indicate what, if any, other materials they use, other than what is listed in Table 1.

Cost did not appear to impact a schoolís decisions regarding the use of liners, bases, and cements. The overall importance of cost was low (mean is 2.76 measured on a 5-point scale where 1 was not at all important and 5 was extremely important). Just under two thirds (61.5%) of the schools review their liner and base protocol every year, and 25.6% do so every third year or less frequently. Cementation protocol is reviewed on a similar schedule. Fifty-nine percent of the schools review it every year, and about 10 percent (10.3%) of the responding schools review their cementation protocol every other year.
Consistent with the findings in the 1995 survey, at most schools protocol review involves a group of faculty rather than a single individual.

Consistent with findings a decade earlier, there is no consensus among dental schools in regard to the best materials to use as liners, bases, and cements. Dental schools report high satisfaction with their existing protocols. Since no single protocol is taught by all dental schools, clinicians must strongly consider clinical success once in practice as their primary criterion for choosing specific materials for different clinical situations. Careful reading of the dental materials literature is also strongly recommended.

Dr. Weiner received his DMD degree from Tufts University in 1986. He is a fellow of the Academy of General Dentistry, the American College of Dentists, and the Pierre Fauchard Academy. He has written many articles and presented numerous lectures on the topic of liners, bases, and cements. He maintains a private practice in family and cosmetic dentistry in Millis, Mass, and can be reached at randy@weinerdmd.com. 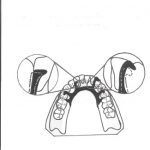 Recommendations for Fluoride Varnish Use in Caries Management