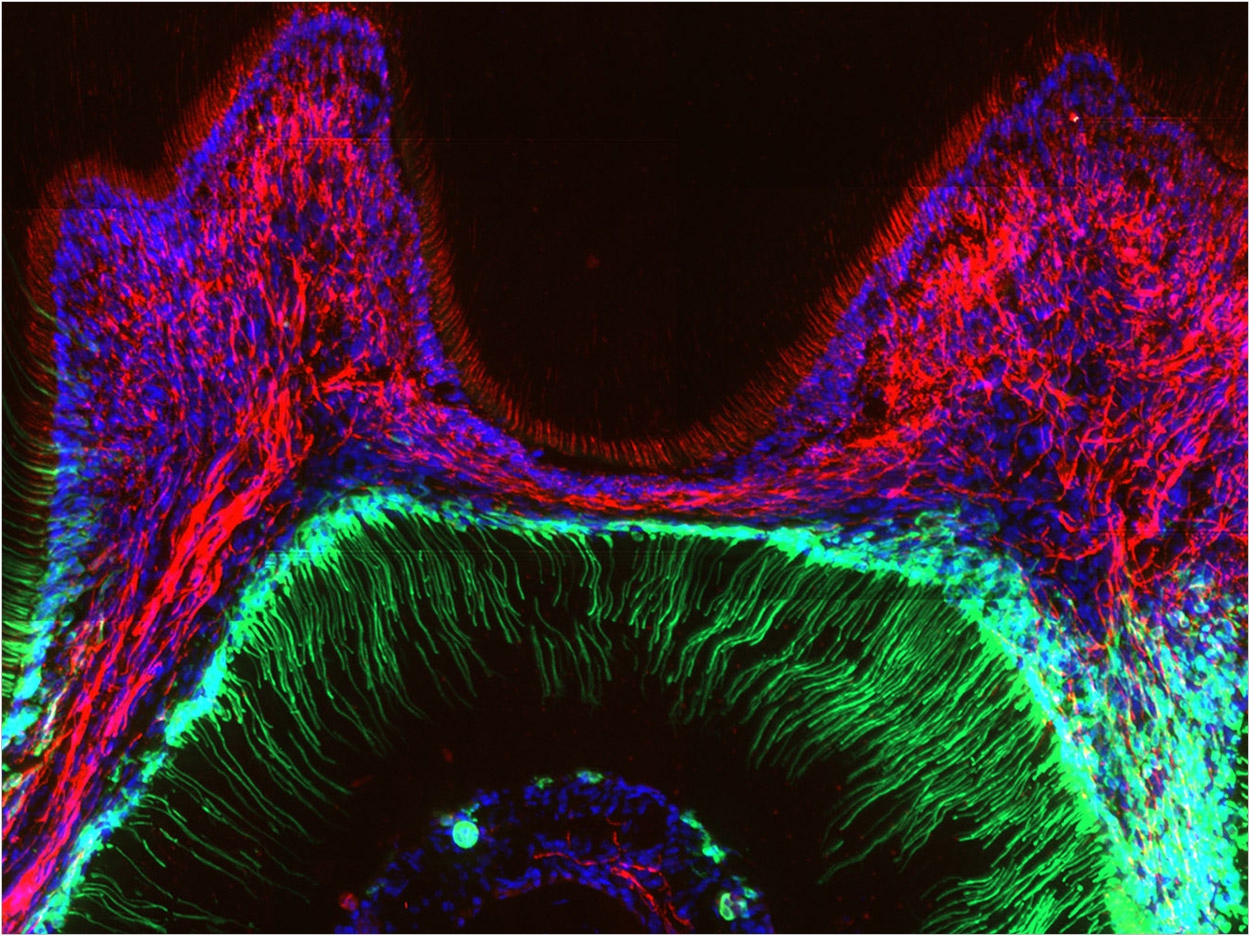 Drinking a cold beverage can be agony for people with tooth decay, but that may soon change thanks to research by an international team of scientists.

Clapham and his colleagues have figured out how teeth sense the cold and pinpointed the molecular and cellular players involved. In both mice and human beings, tooth cells called odontoblasts include cold-sensitive proteins that detect temperature drops. Signals from these cells can ultimately trigger a jolt of pain to the brain.

The research offers and explanation for how one age-old home remedy eases toothaches. The main ingredient in clove oil, which has been used for centuries in dentistry, includes a chemical that blocks the “cold sensor” protein, said electrophysicist Katharina Zimmermann, who led the work at Friedrich-Alexander University Erlangen-Nürnberg in German.

“Once you have a molecule to target, there is a possibility of treatment,” Zimmerman said.

Teeth decay when films of bacteria and acid eat away at the enamel. As the enamel erodes, cavities form. Approximately 2.4 billion people around the world have untreated cavities in their permanent teeth, the researchers said, which can cause intense pain including extreme cold sensitivity.

No one really knew how teeth sensed the cold, though scientists had proposed one main theory. Tiny canals inside the teeth include fluid that moves when the temperature changes. Somehow, nerves can sense the direction of this movement, which signals whether a tooth is hot or cold, as some researchers have suggested.

“We can’t rule this theory out,” but there wasn’t any direct evidence for it, said Clapham, a neurobiologist at HHMI’s Henelia Research Campus.

Fluid movement in teeth, and tooth biology in general, is difficult to study, the researchers said. Scientists have to cut through the enamel, which is the hardest substance in the body, and the layer of dentin all without pulverizing the tooth’s soft pulp and the blood vessels and nerves within it. Sometimes, the whole tooth “will just fall to pieces,” Zimmerman said.

The researchers did not set out to study teeth. Their work focused primarily on ion channels, or the pores in cells’ membranes that act like molecular gates. After detecting a signal such as a chemical message or temperature change, the channels either clamp shut or open wide and let ions flood into the cell. This creates an electrical pulse that zips from cell to cell. It’s a rapid way to send information and crucial in the brain, heart, and other tissues, the researchers said.

About 15 years ago when Zimmerman was a postdoc in Clapham’s lab, the researchers discovered that an ion channel called TRPC5 was highly sensitive to cold. But the researchers didn’t know where in the body that its cold-sensing ability came into play. It wasn’t the skin, they found, as mice that lacked the ion channel could still sense the cold.

After that, the researchers “hit a dead end,” Zimmerman said. They were sitting at lunch one day discussing the problem when the idea finally hit them.

David said, ‘Well, what other tissues in the body sense the cold?’” Zimmerman said, noting that the answer was teeth.

TRPC5 does reside in teeth, and more so in teeth with cavities, said coauthor Jochen Lennerz, MD, PhD, a pathologist from Massachusetts General Hospital (MGH), which the researchers discovered after examining specimens from human adults.

A novel experimental setup in mice convinced the researchers that TRPC5 indeed functions as a cold sensor. Instead of cracking a tooth open and solely examining its cells in a dish, the researchers looked at the whole system, including the jawbone, teeth, and tooth nerves.

The researchers drilled the mice’s molars under anesthesia. Mice with dental injuries manifest pain with their behavior. For example, they drink up to 300% more sugar water than their litter mates without dental injuries.

The researchers recorded neural activity as an ice-cold solution touched the tooth. In normal mice, this frigid dip sparked nerve activity, indicating the tooth was sensing the cold. Not so in mice lacking TRPC5 or in teeth treated with a chemical that blocked the ion channel.

The genetically altered mice that did not have the TRPC5 gene but did have injured teeth did not manifest the increased drinking behavior and behaved like mice without dental injuries. That was a key clue that the ion channel could detect cold, Zimmerman said. One other ion channel the researchers studied, TRPA1, also seemed to play a role.

The researchers traced TRPC5’s location to a specific cell type, the odontoblast, that resides between the pulp and the dentin and ultimately forms dentin. When someone with a dentin-exposed tooth bites down on a popsicle, for example, those TRPC5-packed cells pick up on the cold sensation and an “ow!” signal speeds to the brain.

“We found that odontoblasts, which support the shape of the tooth, are also responsible for sensing cold,” said Lennerz, who is director of the Center for Integrated Diagnostics at MGH.

“We now have definitive proof that the temperature sensor TRPC5 transmits cold via the odontoblast and triggers nerves to fire, creating pain and cold hypersensitivity. This cold sensitivity may be the body’s way to protect a damaged tooth from additional injury,” said Lennerz.

“This research contributes a new function to this cell, which is exciting from a basic-science standpoint. But we now also know how to interfere with this cold-sensing function to inhibit dental pain,” Lennerz said. “A breeze on the face registers as extreme pain in the teeth, which may even cause some patients to stop therapy.”

Specifically, in response to cold, the TRPC5 protein opens channels in the membrane of odontoblasts, enabling other molecules such as calcium to enter and interact with the cell. If the tooth’s pulp is inflamed from a deep cavity, for example, TRPC5 is overabundant, causing increased electrical signaling via the nerves emerging from the root of the tooth and running to the brain, where pain is perceived. When gums recede from aging, teeth can become hypersensitive because the odontoblasts are sensing cold in a newly exposed region of the tooth.

“Most cells and tissues slow their metabolism in the presence of cold, which is why donor organs are put on ice,” said Lennerz. “But TRPC5 makes cells more active in cold, and the odontoblasts’ ability to sense cold via TRPC5 makes this discovery so exciting.”

Lennerz confirmed the presence of the TRPC5 protein in extracted human teeth, which the researchers called a technical tour de force.

“Our teeth aren’t meant to be cut into ultra-thin layers so they can be studied under the microscope,” said Lennerz, who first had to decalcify the teeth and put them in epoxy resin before slicing them and identifying the TRPC5 channels in the odontoblasts.

The researchers also identified a pharmacological target for minimizing tooth sensitivity to cold. For centuries, they said, oil of cloves has been used as a remedy for tooth pain. The active agent in oil of cloves is eugenol, which happens to block TRPC5. Toothpastes with eugenol already are on the market, but this study may lead to more potent applications to treat teeth that are hypersensitive to cold, the researchers said. And there may be novel applications for eugenol, such as treating patients systemically for extreme cold sensitivity from chemotherapy.

“I’m excited to see how other researchers will apply our findings,” said Lennerz.

And while the sharp sensation hasn’t been as extensively studied as other areas of science, Clapham said, tooth pain “is important and it affects a lot of people.”

The researchers’ journey toward this discovery has spanned more than a decade, Zimmerman said, adding that while figuring out the function of particular molecules and cells is difficult, “Any good research can take a lot of time.” 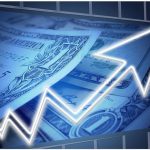 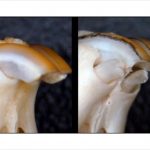