A study indicates that taste cells can be maintained in culture for seven months or more. This finding will allow scientists to get a better understanding of how human taste functions.

This information could enable scientists to generate new treatment for taste loss and possibly prevent taste loss for reasons varying from infection, radiation, chemotherapy, and other ways.

The taste cells are found in the papillae, which are the bumps on the tongue. The cells generate a taste based on the way the receptors interact with the chemicals. The cells can regenerate, an ability that most cells don’t have.

The previous accepted theory was that taste had to be attached to nerves in some way to function correctly. Based on this belief, scientists did not think the new finding—when the taste cells were maintained in culture for more than seven months—was possible.

To develop this new information, Monell scientists showed that taste cells from rats could be maintained in culture five years ago. In this new development, which was published in Chemical Science, this development was shown in human cells.

The samples were taken from the tongue tissue of humans who volunteered to partake in this study. After showing that the cells could regenerate, the scientists demonstrated that the cells were capable of doing everything other cells can do.

Based on this discovery, scientists will be able to develop more studies and learn even more about the way human taste works and could benefit the dental world. 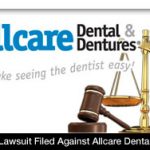 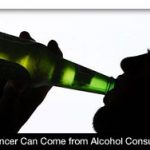 Next post Oral Cancer Can Come from Alcohol Consumption
0 Shares