Direct composite resin has been used to enhance and create aesthetic improvements in a variety of situations. The evolution of materials science has created a plethora of exotic composite resins that can be applied in a simple manner for complex cases.1-3 Of these, the microhybrid composite resin has properties that combine the strength commonly found in less aesthetic hybrid composite systems with the beauty of microfill composite resins that have elevated restorative dentistry to an art form.4,5 These highly versatile materials have been especially useful in cases where adult patients are unwilling to undergo orthodontic treatment to correct a malocclusion but are still interested in improving their functional and aesthetic appearance.6

When considering alternative treatments, minimally invasive techniques such as whitening and direct bonding should always be considered first. Tooth whitening has become a popular technique for immediate tooth color improvement and can be accomplished as an in-office procedure producing dramatic results. This simple procedure can create an excellent “canvas” on which to sculpt and paint direct composite resin. Here, the challenge remains to do so using a simplified process for placing the aesthetic restorative materials.7

There are many excellent composite resins that have demonstrated their value in such procedures. The following case report uses Palfique Estelite (J. Morita USA), a submicron-filled composite resin, to correct an anterior malocclusion using a minimally invasive approach.

Palfique Estelite is a submicron-filled composite resin that has demonstrated the ability to restore aesthetic cases, providing lifelike results with excellent optical properties.8-11 This is possible because of its  patented 0.2-µ “submicron” silica-zirconia spherical filler (82% by weight). These microspheres are responsible for the integrity and aesthetics of this technologically advanced composite, which offers the clinician high resistance to abrasion, minimal color change after polymerization, and a chameleon-like effect once applied. It is recommended for class I, V, and small class II restorations in the posterior dentition as well as restorations of all surfaces in the anterior dentition.  Palfique Estelite is an excellent choice for cases such as large diastema closures and class IV restorations where strength, fracture-resistance, and aesthetics are necessary.

The patient, a 21-year-old female, presented with the request to improve her smile (Figure 1). The upper right lateral incisor was in crossbite with the lower right canine and was rotated distolingually, overlapping the distal margin of the right central incisor and displacing the upper right canine buccally (Figure 2). This apparent crowding created a food trap between the lateral and central incisors. As a result, carious lesions had developed in these areas. The patient had been given a number of different treatment plan options from several dentists that included orthodontic therapy, porcelain veneers, and extraction with implants. These options were rejected since she did not want to “wear braces or a retainer” and was not receptive to surgery or the expense of implants and veneers.

To formulate a treatment plan, a comprehensive examination was conducted that included a complete intra/extraoral examination, a full series of radiographs, and study models. It was determined that the malocclusion was isolated to the upper and lower right anterior dentition. In anterior malocclusions, if the occlusal discrepancy is isolated and the remainder of the occlusal function is harmonious, the final restorative result can be successful.12 If, however, traumatic occlusion or interference is not eliminated, then the restoration will likely fail.13,14 In order to predict a successful outcome, the teeth were prepared and corrected both functionally and aesthetically using study models (Fuji Rock EP Royal Blue, GC America) and shade A1 composite resin (Palfique Estelite paste)15,16 (Figures 3, 4, and 5).

During the consultation, it was explained to the patient that orthodontic intervention would be the best course of action, followed by any restorative needs. Because this was not an acceptable option, an alternative treatment plan was created that would restore the carious lesions, correct the aesthetics, and improve occlusal function.17-19 The corrected study models were used to demonstrate the following plan of action to the patient:

(1) At the initial treatment appointment, the upper anterior teeth would first be whitened as an in-office procedure.

(2) At the second appointment, the lower right canine would be adjusted to remove it from anterior crossbite.

(3) The right anterior teeth and right first premolar would be prepared and restored using a submicron- filled composite resin in a direct technique.

(4) The lingual surface of the upper right canine would be built up with composite resin to provide for canine disclusion and prevention of traumatic occlusal interferences that could potentially damage the restorations. It has been shown that an inclined plane with ideal mechanical advantage for correction of individual anterior tooth crossbite can often be custom-sculpted in resin composite and bonded in position.20-22

At the first appointment, the teeth were whitened using Lightning (Den-Mat Corp), a 35% hydrogen peroxide whitening gel. The gel was applied to the upper anterior teeth in a single, 1-hour, in-office procedure with a curing unit as directed. The patient was also given Rembrandt home care whitening products (Den-Mat Corp) and instructed in their use. This system has been shown to be effective in maintaining and improving the whitening results.23,24 The whitened teeth now revealed greater contrast with the underlying carious lesions (Figure 6).

At the second appointment, the incisal edge of the right central incisor (Figure 7) was adjusted to the height of the left central incisor (Figure 8), and the prominent mesio-facial lobe was reduced. This effect produced an excellent starting point, setting up the case for a harmonious, aesthetic result. The facial enamel of the right central and lateral incisors was prepared, revealing significant carious lesions in both teeth (Figure 9). The decayed enamel and unsupported enamel were removed using a 330 bur (Brasseler USA, Figure 10), and the remaining infected dentin was removed using a No. RA4 SmartPrep rotary polymer instrument (SS White, Figure 11). Final preparations were then made.

The cavity preparations were restored using a “medium-flow” dentin replacement flowable composite (Palfique Flowable, J. Morita USA) in shade A3.5 (Figure 12). Flowable composites are preferable in the restoration of irregular cavity preparations since they have the ability to flow into the irregularities of these types of preparations.25-27 The facial surface of the central incisor was then restored using a dentin replacement composite in shade OA1 (Palfique Estelite), which was light-cured and recontoured with a diamond bur (Figure 13). In this system, the dentin replacement composites are simplified: the OA1 is used for A and B shades and the OA2 for the C and D shades.  The lateral incisor was then restored beginning with shade OA1, layered, and light-cured in 2.0-mm increments (Figure 14). The central and lateral incisors were then completely restored using shade A1 for the body followed by an incisal shade as the final facial layer (Figure 15). The right canine and first premolar were restored last, using the same technique and shades, followed by the addition of a lingual composite ramp to create a cuspid-protected occlusion (Figure 16) and composite polishing.

The patient was thrilled with her new smile (Figures 17 and 18).

Today, there are many options for correcting malocclusions and restoring teeth to a pleasing aesthetic result. This article describes a simplified clinical method for the aesthetic correction of anterior teeth using a submicron-filled composite resin system, which was used to accomplish treatment goals in a minimally invasive manner.

Dr. Nash is president of the Nash Institute for Dental Learning in Charlotte, NC, and a clinical instructor at the Medical College of Georgia School of Dentistry. He maintains a private practice in Charlotte, where he focuses on aesthetic and cosmetic treatment. He is a member of the Esthetic Dentistry Research Group, which publishes Reality. Dr. Nash is a fellow in the American Academy of Cosmetic Dentistry and an accredited member of the American Society for Dental Aesthetics. He lectures internationally on cosmetic and aesthetic dentistry and is a consultant to a number of dental products manufacturers. He can be reached by calling his director of operations at the Nash Institute, Mark J. Cody, at (888) 442-0242 or by visiting his Web site at nashinstitute.com. 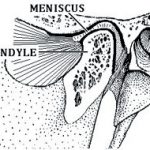