Aesthetic replacement of adjacent teeth has been among the greatest challenges in implant dentistry.1-4 This is compounded when the failing teeth are the maxillary central incisors. Immediate implant placement following tooth extraction and atraumatic surgical techniques have become popular, but concerns about the size of the extraction site and lo-cal bone anatomy can make immediate placement undesirable.5-8
This article reports a challenging case in which the maxillary central incisors were deemed hopeless and were replaced with dental implants. The large size of the roots, among other anatomical considerations, favored a staggered approach to treatment and the utilization of an implant system with a tapered, medialized, internal connection.

A 46-year-old nonsmoking white female in good health presented with the chief complaint of long and mobile front teeth. In addition, she was concerned about the large “black triangle” between teeth Nos. 8 and 9 (Figure 1). Clinical evaluation found the maxillary central incisors to have more than class II mobility, long clinical crowns, and a severely blunted papilla between them, while the anterior alveolar ridge had a significant buccal angulation. Radiographically, the teeth had wide resorbed roots and an unusually large incisal foramen adjacent to their mesial aspect (Figure 2).
Several treatment options were discussed with the patient, but she was only interested in replacement of teeth Nos. 8 and 9 using dental implants. In discussions with the patient, she was informed that due to the difficulties of the case, complete elimination of the “black triangle” might not be possible.
Prior to surgical treatment, the restorative dentist fabricated an interim removable partial denture and a surgical stent. At the first surgical appointment, teeth Nos. 8 and 9 were removed. A No. 15 scalpel blade was used to make horizontal and vertical incisions and a gingival flap was carefully reflected. Following thorough curetting of the extraction sites, an allograft (Puros Allograft, Tutogen) was placed into the sockets. A barrier membrane (AlloDerm, Life-Cell) was placed over the grafted sites. Incisions below the buccal mucosa permitted the gingival flaps to be replaced with primary closure. Continuous and interrupted 4.0 chromic gut sutures were used to secure the gingival flaps.

After approximately 4 months, the surgical site was found to have healed well (Figure 3). Clinically, good residual ridge height and width were maintained. Radiographic evaluation gave the appearance of good bone fill in the extraction sites (Figure 4). Horizontal and vertical incisions were again made using a No. 15 scapel blade. Upon reflection of the flaps, good bone fill was observed, and implant osteotomies were performed using an implant surgical kit (Lifecore Dental) (Figure 5). Care was taken not to impinge on either the incisive foramen or the adjacent lateral incisors. Parallelism was achieved using paralleling pins and implant drills. Regular diameter, straight, RBM textured, internal connection implants (PrimaConnex, Lifecore Den-tal), 4.0 mm wide and 13 mm long, were placed into sites Nos. 8 and 9. (Figure 6) The use of impression post screws on the implants and the surgical stent provided by the restorative dentist in combination with intraoperative radiographs confirmed proper angulation and parallelism (Figure 7). The use of impression post screws allows for small problems in implant position to be easily and quickly detected and corrected.
To avoid ending up with overly elongated teeth and uncleansible deep gingival cuffs, the implants were not placed below the osseous crest. Healing abutments (Lifecore Dental) with a 6 mm flare and 3 mm height were placed (Figure 8). Radiographic evaluation confirmed that the healing abutments were fully seated (Figure 9). The gingival flaps were apically repositioned, thus maintaining the zone of at-tached gingiva. The gingival flaps were secured with continuous and interrupted 4.0 chromic gut sutures (Figure 10).

The surgical site was found to be healing well after about one month (Figure 11). The gingiva was healthy, pink, and free of inflammation, with a gingival cuff of about 3 mm (Figure 12). Good gingival contours were achieved, with the exception of a blunted central papilla. Since the patient refused additional perioplastic surgical procedures to improve the volume to this area, she was referred back to the restorative dentist for restoration of the implants.

To meet the patient’s aesthetic expectations, teeth Nos. 7 and 10 were prepared for all-ceramic crowns. Two PMMA Temporary Abutments (PrimaConnex, Lifecore Dental) were secured with a titanium-nitride coated screw to the implants and prepared intraorally in order to fabricate a provisional restoration (Figures 13 and 14). All the abutments in the system, including temporary ones, have a 6-lobe titanium internal connection (TiLobe) and come packaged with a final abutment screw. These features, combined with the < 1° taper at the coronal portion of the connection, provide a secure seal9, minimizing the microgap10, and eliminating micromovement. This provides ample mechanical stability11 for both long-term provisionalization and permanent restorations. In addition, the tapered, medialized internal connection helps in the preservation of the crestal bone, which in turn provides better support for the peri-implant gingiva.

Approximately 2 months later, the provisional restorations and abutments were removed and flared impression posts (PrimmaConnex, Lifecore Dental) were connected to the implants, utilizing the Quad Driver (PrimmaConnex, Lifecore Dental). This is the only driver needed to deliver almost all abutments that connect directly to the implant head (eg, UCLA, Provisional, Esthetic-Contour, and Quick-Abutment) with the PrimaConnex System. Since the flared contours of the impression posts matched those of the healing and provisional abutments (Figures 15 and 16), they provided adequate support to the soft tissues while preventing the gingiva from collapsing over the impression posts. This eliminated the need for time consuming procedures that prevent the soft tissue from slumping over conventional impression posts,12-15 and allowed for a final impression that accurately communicated the soft-tissue profile to the laboratory.

Custom abutments were fabricated and modified with a porcelain-compatible alloy before opaquing the metal. A 360° porcelain shoulder was added to illuminate the soft tissues and to place pressure interproximally, in order to direct the gingiva in a coronal direction (Figure 17). During all the laboratory phases, the abutments were retained using rainbow-colored lab screws (PrimmaConnex, Lifecore Dental), to avoid using the final abutment screws before the delivery of the restorations.16
The abutments were torqued to 30 N/cm with the Quad Driver and the 4 all-ceramic zirconia restorations (Lava, 3M ESPE) (Figure 18) were cemented with a self-etching adhesive cement (Maxcem, Kerr) (Figure 19). Postoperative visits were scheduled at one week, 4 weeks, and every 6 months thereafter, where radiographic examination confirmed the stability of crestal bone levels (Figure 20).

Immediate implant placement and atraumatic surgical design have become common and successful modes of therapy in properly se-lected cases.5-8
Complications with soft-tissue healing, however, can make some of these treatment strategies unsuitable.17,18 It has been found in humans that immediate implant placement into extraction sites cannot prevent buccal bone resorption.19,20 In addition, mid-facial gingival recession has been reported as a complication of immediate implant placement into an extraction socket, therefore delayed im-plant placement has been sometimes recommended.17,18
In the case presented here, the roots were more than 6 mm wide at the crest. Immediate implant placement following tooth extraction would have left a significant gap around the body of the implant. Placing the implant deeper could minimize this gap, but would increase the risk of excessively long clinical crowns. In addition, the anterior alveolus had a significant buccal angulation, and placing the im-plants deeply risked perforating the buccal cortical plate of bone. Although buccal angulation of the im-plants avoids this problem, it creates the risk of poorly positioned implants. Shorter implants might help but would lead to a poor crown-to-root ratio. Finally, while a distance of 2 to 3 mm is required between implants to maintain a papilla, the excessive space dictated by the large incisive foramen made it difficult to develop an aesthetic emergence profile. As a result of these concerns, a staggered approach of surgical therapies was used. The roughened surface of the RBM textured, straight implants (PrimaConnex, Lifecore Biomedical) increases surface area and aids in osseointegration.21,22
Recently, there has been an increased interest in implant de-signs that are able to maintain the peri-implant crestal bone levels.23,24 The rationale is that this bone will support the overlying soft tissue, thus providing a better aesthetic outcome. There seems to be a certain degree of consensus that an implant system that eliminates micromovement by virtue of a tapered, medialized internal connection will achieve this objective.22,23,25 The Primma-Connex system has a coronal Morse taper where the implant-abutment junction has been medialized. This prevents micromotion, a leading cause of inflammation and subsequent bone loss.26 In addition, the PrimmaConnex system has a proprietary 6-lobe internal connection that further contributes to eliminate micromovement while allowing for easy indexing of the prosthetic components. In this manner, the crestal bone levels are maintained after implant placement, enhancing the support of the soft tissue and allowing for a better aesthetic result.

As demonstrated in this case report, a staggered approach to replacement of failing teeth using dental implants is sometimes required. De-spite the difficulties in this case, the utilization of an adequately designed implant system can aid in providing a highly aesthetic result with healthy and aesthetic gingival contours, while the secure internal connection can properly maintain the biologic and mechanical stability of the restorations.

Dr. Mahn is a periodontist in private practice in Manassas, Virginia.  He graduated SUNY Stony Brook Dental School in 1990 and completed his periodontal residency at MCV School of Dentistry in 1992. He also completed a residency in Temporomandibular Disorders and Orofacial Pain at NYU College of Dentistry in 1996. His practice emphasizes perioplastic and dental implant treatments. He has several publications and lectures on these topics. He was listed in the Washingtonian’s Best Dentists List in 2003. He can be reached at (703) 392-8844 or dmahn@cox.net.

Dr. Polack obtained his specialty training in Prosthodontics and Master of Science degree from the University of Minnesota. He practices full-time in Gainesville, Virginia. He has published more than 30 abstracts and papers on prosthodontics and dental materials in various scientific journals and lectures nationally and internationally on those subjects.  He can be reached at mpolack@comcast.net or (703) 753-8753. 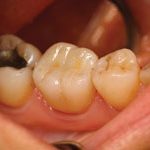 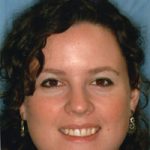 Next post When Things Do Not Go as Planned: Restorative Reconstruction Concepts to Solve a Surgical Dilemma
0 Shares