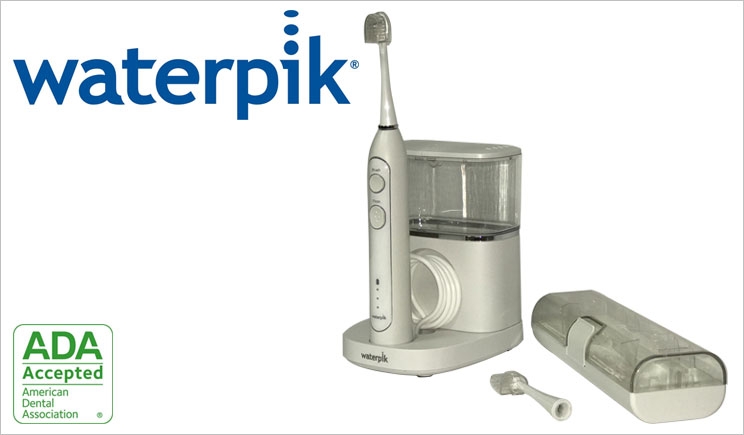 The Waterpik Sonic-Fusion combines a sonic toothbrush with a water flosser in a single device. Users can floss their teeth while they brush, turning oral hygiene into a one-step process that’s twice as effective as regular brushing and flossing in eliminating plaque, gingival bleeding, and gingival inflammation, according to the company.

“Disease starts interdentally and subgingivally. Bacteria sits there and nobody’s disturbing it. It just gets to grow and proliferate over time. And it doesn’t take long for inflammation to start happening. In 24 hours, bacteria are mature enough to start building biofilm,” said Deborah M. Lyle, RDH, MS, director of professional and clinical affairs at Waterpik.

“The way the water flosser works, because it’s water under pressure, it can get into the smallest nooks and crannies. And when it’s pulsating, the pulsation hits that tooth right along the gingival margin, right along the interdental papilla, and it moves the tissue away. The water gets in there, and the tissue retracts. We call that compression-decompression,” Lyle said.

“The water gets into the areas where nothing else can. As you get that compression phase, it also pushes out the bacteria, the water, and the biofilm,” Lyle said. “So now you’ve got something disturbing that nice little ecosystem they’ve built up. That’s really the benefit. Now you add a sonic toothbrush to that, and we’re looking at benefits to the patient.”

In a randomized, controlled, parallel clinical trial, 35 subjects used the Sonic-Fusion, and 35 used regular brushing and flossing. Gum health was measured based on bleeding on probing and the Modified Gingival Index at beaseline, at two weeks, and at four weeks. All subjects received written and verbal instructions.

“Flossing will work in individuals who are very dexterous. If you do it correctly, you’re going to get great results. But that’s the problem,” said Lyle. “It’s not an easy thing to do. It’s so technique sensitive. But if you just put the Sonic-Fusion in your mouth, you’re going to accomplish something.”

Water flossing also ensures better compliance than string flossing, which many people find uncomfortable, Lyle added, noting that only 16% of all patients actually floss, and not necessarily correctly either. Chris Strandburg, DDS, a dentist in the Beverly Hills area, has been testing the Sonic-Fusion with his patients and agrees that they enjoy using it more.

“It’s fun to use,” he says. “While you’re brushing, it oscillates and shoots the high-pressure stream of water, which breaks up the biofilm, gets in the sulcus, especially interproximally. It does an awesome job. I’ve had some patients try it out. I’ve seen 4-mm pockets improve to 3. I’ve done a full mouth probe and looked and found zero plaque.”

One of Strandburg’s patients had good oral hygiene but did not floss. An assessment revealed three or four bleeding points, a 4-mm pocket, and lingual inflammation, especially on the lower molars. The patient used the Sonic-Fusion for two weeks, first flossing, then brushing, and flossing again as part of her routine.

“The 4-mm pocket had resolved, and I couldn’t find any plaque. She had a little tartar there initially. She hadn’t had a prophy in a few months. So there was a little tartar remaining, but it definitely was not more, though,” he said. “But obviously, that’s what prophy is for. There was a significant change in the amount of plaque, and very little skill needed.”

The Sonic-Fusion features one-handed mode control for simplified use with two buttons—one for brushing, one for flossing—for Brush, Floss, or Brush + Floss mode. Another button releases the toothbrush from the waterline. Also, the Sonic-Fusion’s water pressure control has 10 settings. It features a 2-minute brushing timer with a 30-second pacer as well.

Now available online in black and white, the Sonic-Fusion costs $199.99. It comes with two brush heads and a portable case in addition to a three-year limited warranty. 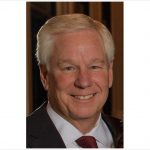 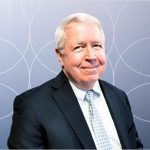