Today’s dentistry is highly driven by aesthetics and the search for better health and well-being. The literature is rich with studies that address the subject of bone loss following tooth removal (Figures 1 to 4). Ridge defect can result from extraction of teeth, developmental anomalies, accidental trauma, or periodontal disease that leads to both horizontal and vertical bone loss. Ridge defects are noticeable, and prosthetic results are subpar unless the underlying deficiency is properly addressed (Figures 5 to 18).

This article will highlight 2 patient cases in which one case (case 1) will address a ridge deficiency resulting from an agenesis of two lateral incisors, and the other case (case 2) will show how to prevent a ridge deficiency immediately after extraction in a highly aesthetic zone using a rotated pediculated palatal connective tissue graft.

A wax-up of the space was made of the site to address two components; first the symmetry of the space both right and left; and second, to study the prosthetic space providing an aesthetic dimension of the lateral incisor from its gingival margin to its incisal border. The wax-up revealed a short prosthetic spacing as shown (Figure 2). The computed tomography (CT) scan also demonstrated a buccolingual deficiency in the ridge for an ideal dental implant placement (Figure 3).

The treatment plan consisted of the following:

A vertical incision on the distal side of the two sites was followed by a crestal incision on the buccal end of the pontic; continuing in the sulcus of both right and left central incisors and stopping at the distal side of the papillae on both sides. A full-thickness flap was then raised and a decortication of the recipient buccal bony ridge was done. Finally moldable demineralized allograft putty (Regenaform, Exatech) was placed, covered by a resorbable collagen membrane, and the flap was laid over and sutured (Figure 4). A year later, when her growth development was achieved per her physician’s confirmation, the site preparation for dental implant placement was initiated. Using a surgical stent that was done from a second wax-up, an ostectomy was done to create a more aesthetic placement of dental implant (Figure 5) and then the dental implant was placed in both sites (Figures 6 and 7).

After 4 months of healing, a second stage procedure was done and 8 weeks of soft-tissue healing (Figure 8) and permanent prosthetic work was initiated. Zirconium oxide all-ceramic crowns (Zimmer Contour Zirconia Abutment, Zimmer Dental) were fabricated in the dental laboratory and cemented into place. In summary, the treatment protocol described above resulted in a successful aesthetic outcome for the patient (Figures 9 and 10).

A 32-year-old female presented with a decayed tooth No. 8 (right central incisor), which was part of a full maxillary fixed prosthetic restoration. Upon removal of the roundhouse bridge, tooth No. 8 was deemed unrestorable due to a root fracture (Figure 11). The patient had a thin periodontium, with very well-defined gingival papillae, had multiple scars apically from a history of repeated apicoectomies. There was no buccal plate present. Any attempt to raise a buccal flap would have led to a serious gingival discrepancy with a complete loss of the gingival scallop.

An atraumatic extraction was done and a Puros Allograft (Zimmer) was placed inside the extraction socket after it was thoroughly debrided and rinsed with an antimicrobial solution (Figure 12). A PPRCT graft was collected from the palate by performing a palatal incision 2 mm from the incisal margin of teeth Nos. 7 and 6 to accommodate the buccolingual dimension of the socket. Then, a cross palate perpendicular incision was done to accommodate the mesiodistal dimension of the socket (Figures 13 and 14). Next, the connective tissue was dissected from the epithelium envelope and kept pediculated; at that point, the connective tissue graft was elevated, rotated, and fitted passively over the socket (Figures 15 and 16). Finally, the graft was then sutured in place by doing 2 horizontal mattress resorbable sutures, joining the graft to the recipient buccal flap (Figures 17 and 18). The sutures were placed on the epithelium envelope on the palate side to cover the donor site (Figure 19).

The temporary bridge was placed and was designed so it would not contact the connective tissue graft. After 8 weeks of healing, the final restorative treatment was completed (Figure 20).

Over the past 35 years, dentistry was mainly in the repair business. Patients and dentist were interested in fixing broken teeth, removing cavities, and treating gingivitis. Today’s dentistry has evolved, driven by aesthetics and the search of better health and well-being. Pictures of beautiful people with perfect smiles inundate patients from the covers of every magazine or tabloid, which can make the dentist’s job more challenging. To enhance professional and patient outcomes, an effective treatment plan that meets the patient’s expected results must be put in place. Current surgical techniques to fix ridge augmentation are getting easier and more predictable. It is incumbent on the clinician to implement implant therapy that is appropriate for achieving optimal anterior aesthetics (Figures 5, 7, 10, and 13).

Dr. El Chaar oversees a private practice on Park Avenue in New York City that specializes in oral health, dental implants, periodontal and gum disease and oral cosmetic surgery. In addition to his practice, he is a clinical associate professor of periodontics and implant dentistry, surgical director of the continuing education (CE) dental implant program at the New York University (NYU) College of Dentistry, and visiting professor at the Saint Joseph University in Beirut, Lebanon. Dr. El Chaar completed his postgraduate education in advanced periodontics and received his masters degree in oral biology from NYU. He launched the EEC Institute in New York City, a CE program for general practitioners and specialists. In addition to being a diplomate of the American Board of Periodontology, Dr. El Chaar is also a member of the American Academy of Periodontology, the Academy of Osseointegration, and the American Board of Oral Implantology/Implant Dentistry. He can be reached at info@edgardelchaar.com oredgardelchaar.com. 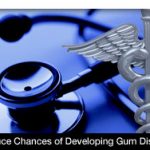