Overweight children aren’t at a higher risk for developing dental problems, according to a new study.

Overweight children aren’t at a higher risk for developing dental problems, according to a new study.

A group of Chinese researchers determined that other factors, not being overweight, cause dental problems. There are many other factors could result in poor dental health.

There were an average of three fillings, decayed teeth or missing teeth per child. The results indicated that being overweight didn’t necessarily result in any extra problems when compared to average-weight children.

The best ways to prevent tooth decay in children are to take the child the dentist regularly and for parents to monitor their child’s eating habits. 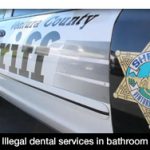 Next post Practicing Dentristry Without License In Apartment Bathroom
0 Shares