Oral Cancer Cases may be Rising

The oral cancer problem may be getting worse.

In 2011, 2,500 people in the United Kingdom died from oral cancer. The alarming part is that survival rates are not increasing the way they are with other forms of cancer. This stems from the fact that many oral cancer cases are diagnosed when it’s too late to turn back the effects from cancer.

Early detection of oral cancer increases the chance of survival by as much as 90 percent. The problem is that many people aren’t aware of the symptoms of oral cancer.

A large percentage of people don’t know that drinking and exposure to the human papilloma virus raises the risk of oral cancer. People who smoke and drink may be 30 times more likely to develop oral cancer when compared to people who don’t smoke and drink. 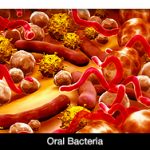